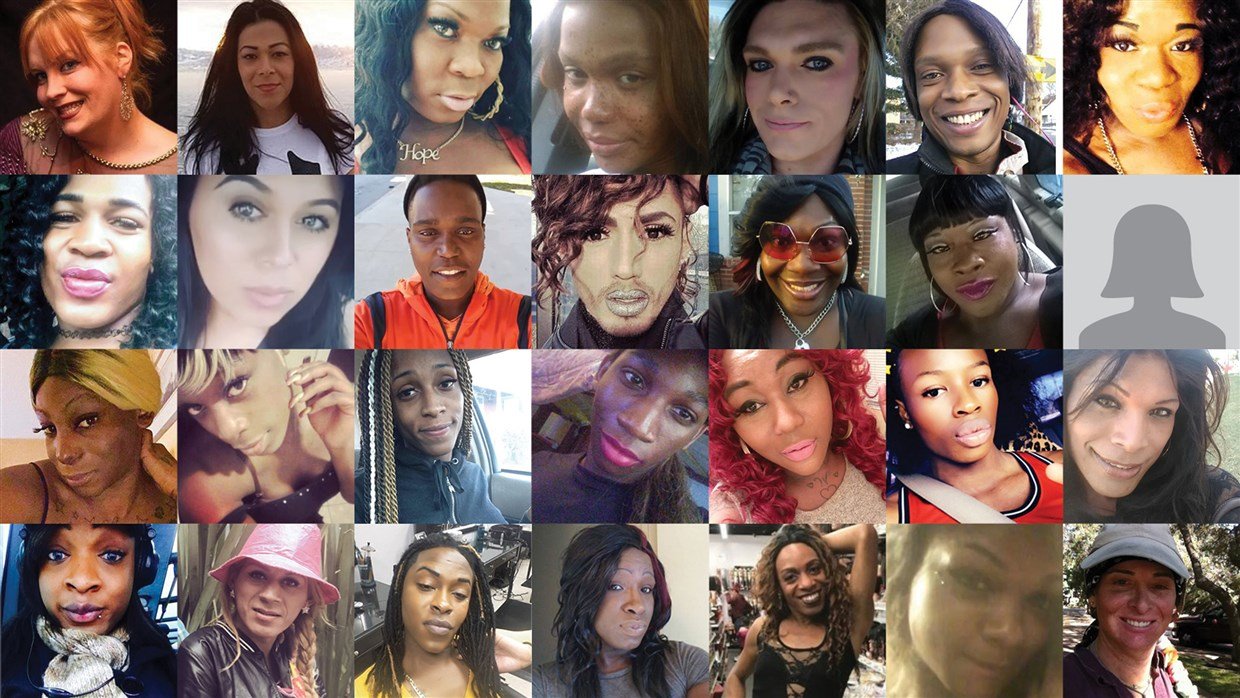 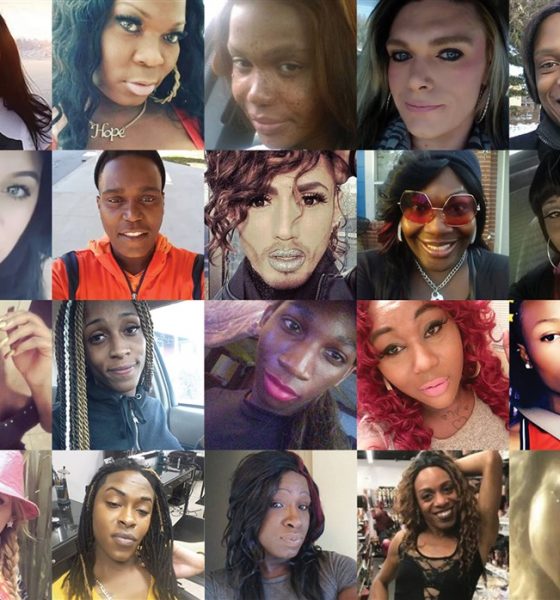 As we remember people of the trans community who were lost to acts of violence, we must include this fact. 82 percent of the lives lost since the beginning of 2018 were women of color.

In recent years, bloggers and news media have been careful to include more coverage regarding violence against trans people. This exposure, while informative, is frequently incomplete. Many deaths go unreported and worse, some are misgendered upon discovery. While representation for this community may be at an all-time high, they are frequently depicted as victims, killers, or villains in media. These exploitative portrayals fuel stereotypes that trans people are degenerates and influence prejudice. These prejudices manifest in the worst way. 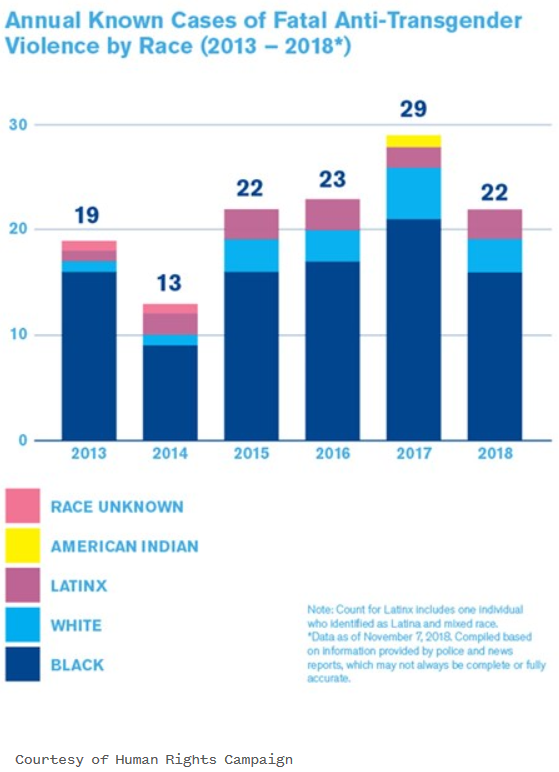 Anti-trans acts of violence are on the rise and we have a responsibility to petition for their safety. Trans women of color face high rates of murder, homelessness, and incarceration. While access to housing, employment, and health care exists, there are no protections in place to prevent discrimination based on gender identity or expression in some states. This leaves thousands susceptible to hate crimes for which there is no requirement to report them to the FBI.

So, what can we do to be allies? We can be careful about confidentiality, “outing”, and ensure we use the proper pronouns. Respect their privacy by not asking about their surgical status. Challenge people who use anti-trans language or make jokes at their expense. We owe it to members of this community to be inclusive and they fight for equity. In the hopes that one day the conversation regarding trans lives will shift from acts of violence to their great works and contributions to society, let’s be supportive. It is only through this will the lives of those lost not be in vain.

Related Topics:LGBTTransTrans Day of Remembrance
Up Next

Homophobia, Transphobia, and Down Low Exposés