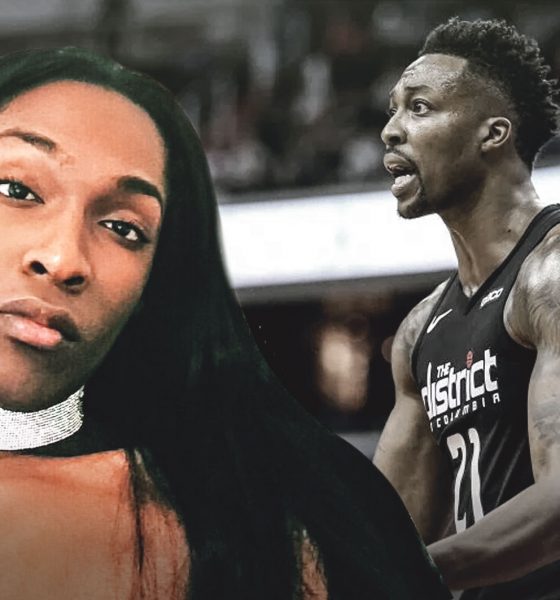 Dwight Howard and his team are facing the heat after allegations of death threats to his ex-boyfriend have come to light. Fed up with abuse, Twitter user @MasinElije created a thread that has everyone talking.

Detailing months of an undercover relationship, Masin Elijè outed Dwight Howard’s sexual preference for trans women and feminine gay men. Social media is engulfed with shock and outrage over Dwight’s orientation. With such a stigma surrounding a refusal to conform to heteronormativity, the wave of criticism comes as no surprise. While the straights are caught up in who he likes, the real issue lies in allegations of abuse and threats to a gay man.

I was afraid to speak but today my life was threatened after I was sexually harassed, threatened and manipulated, by someone I respected, my ex boyfriend NBA player Dwight Howard, and his camp also “”catfished”” by his disrespectful ass PASTOR pic.twitter.com/n1I1fwDcUw

Masin says he met Dwight Howard on the set of Wild N Out. The exchanged glances which led to Dwight sliding into his DM’s. Not wanting to risk their conversation being leaked, Masin insisted Dwight switch to his “finsta” (fake) page. They talked for weeks on end, exchanging risqué photos, and video calling one another on Instagram. “Time went by and shit started getting serious!” Masin exclaimed.

“He was fine, 6’11”, goofy, very charming, NO WIFE, and NEVER been married so of course I was interested.”

Everything seemed to be going well and eventually they met face-to-face.

While they weren’t able to be with each other as he was on the road in-season, they called one another regularly. Dwight appealed to Masin, encouraging him to put himself at ease and cast away his doubts. For a time, things were smooth, but Masin suspected Dwight was being unfaithful. It turns out he was right. Not only was he seeing someone else, but the other woman was hosting transgender sex parties.

So this is how that damn conversation went. Typical guy, LYING. I didn’t mind cheating but you’re “allegedly” at transgender SEX PARTIES sticking your penis in everyone raw? Okay Magic Johnson 2.0 with amnesia pic.twitter.com/xbshh9obWT

At this point, their relationship was over, especially after he threatened to “beat the sh*t” out of Masin. Following their fallout, anonymous calls began to flood his phone. Most notable was a call from Calvin who works for Dwight. During their relationship, Masin alleges that he was presented with an NDA he refused to sign. Now that things has fallen apart, Calvin was pressing Masin to sign the NDA and take the money.

Calvin works for Dwight and Calvin begun to get irate, disrespectful and homophobic as I continued to deny his “hush money” and said I wasn’t signing the NDA! He tried to insult my intelligence telling me Dwight doesn’t know me and “I never spoke to dwight” Despite me meeting him pic.twitter.com/UksdSj4np2

“So at this point, I am afraid for my life. I’m panicking. I’m having anxiety attacks and for a whole week I was bullied by Dwight’s team and Dwight Howard stood there and allowed his team to harass me.”

Many are taking Masin’s claims with a grain of salt. In 2017, he was caught in a scandal involving Atlanta rapper, Playboi Carti. Masin posted screenshots of an Instagram conversation with Carti that sparked rumors regarding his sexuality.

Popped a Molly I’m Sweating: Kim Kardashian Confesses She Did Ecstasy When She Made the Sextape