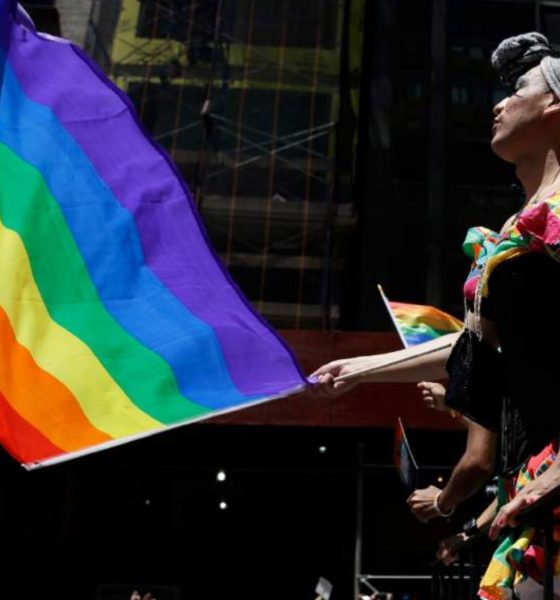 LGBTQ+ Employees Are Protected from Discrimination in the Workplace, Supreme Court Says

With all of the obstacles that exist within our society, it’s incredible to see 13-time NBA All-Star and former player, Dwyane Wade and his wife Gabrielle Union empowering their pre-teen, Zaya, to live her truth.

Wade recently appeared on “The Ellen DeGeneres Show” to promote the upcoming ESPN documentary D Wade: Life Unexpected. Following a clip from the documentary, he shared that his middle child, formerly known as Zion, now identifies as “her” and goes by the name Zaya.

As DeGeneres praised him for his support of Zaya, Wade replied, “Me and my wife Gabrielle Union are proud parents of a child in the LGBTQ+ community. And we are proud allies as well. We take our roles and our responsibility as parents very seriously.”

He went on to share that Zaya expressed her desire to live her truth at 9-years-old. “I don’t know if everyone knows, originally named Zion, born as a boy — came home and said, ‘Hey, I want to talk to you guys. I think going forward I’m ready to live my truth. I want to be referenced as she and her, I would love for you guys to call me Zaya,” he explained.

Immediately the parents began to educate themselves and seek advice from members of the LGBTQ+ community, Union reaching out to the cast of the popular FX series, Pose. For Wade, it’s all about giving her “the best opportunity to be her best self” while preparing her to live life openly.

According to Wade, “Once Zaya came home and said, ‘I want you to call me Zaya and I’m ready to take on this,’ I looked at her and said, ‘You are a leader. And this is our opportunity to allow you to be a voice.’ Right now it’s through us, because she’s 12 years old, but eventually, it will be through her.”

For more on his journey post-career and as the father of an openly gay pre-teen, tune in to D Wade: Life Unexpected. The ESPN documentary airs Sunday, February 23rd.