Jim Crow – All Growed Up

Picture it. The year is 1918. The country’s been at war for a little over a year.  Black soldiers are drafted to fight for the freedom of some other people in another country, meanwhile, they are stuck doing the most menial jobs (even the ones who enlist degree’d up are shoveling the shit), and their bosses, all white, get to call them niggers all day, and its nothing they can do about it. Then back at home, in America, the patriotic, good white women and men of the south and putting up record numbers of confederate statues to commemorate the losers of the Civil War (According to a report published by the Southern Poverty Law Center, the erection of confederate monuments coincides with two periods of extreme violence against Blacks – between 1900 and 1920 during the enactment of Jim Crow and between 1950 and 1965 during the civil rights movement.).

Then over in the peachy-keen state of Georgia, in the first week of May, 11 black people, one being Mary Turner, were lynched by an angry white mob. Mary Turn, 19 years old and nearly nine months pregnant, publicly admonished the white mob that lynched her innocent husband. She was subsequently dragged from her home and then framed by mainstream media as leading the plot to murder white farmer Hampton Smith. All of the papers told of how Smith’s watch was found in her home; none of them talk about how the mob dragged her from her home, lynched her, riddled her body with bullets, cut her baby from her belly…the black newspapers report it. So much of history has been digitized, and it’s so easy to look at these actual records. It is so easy to be informed. Free thinking is what you do after you smoke a joint, informed is what you are after you actually read.

Meanwhile, black people, the NAACP specifically, are trying real, real hard to keep Birth of a Nation off the movie screen because they understand how even the presumption that a black man would defile a white woman is the only provocation angry mobs need to justify their terrorism. There is a reason why thousands of black people are leaving the south in droves, trying to make new homes in the north or the west, where, prayerfully, they might have just a moment’s peace. The NAACP, bless their hearts, were keeping records of the violence experienced by blacks, primarily in the south, but not exclusively. You can actually read the NAACP’s records for yourself. Find out history from the niggas who were actually there, making it. All of the NAACP’s records are available at the Library of Congress in Washington, DC. They have a cute little finding aid, you just put in the keywords and boom, information literally at your finger tip. 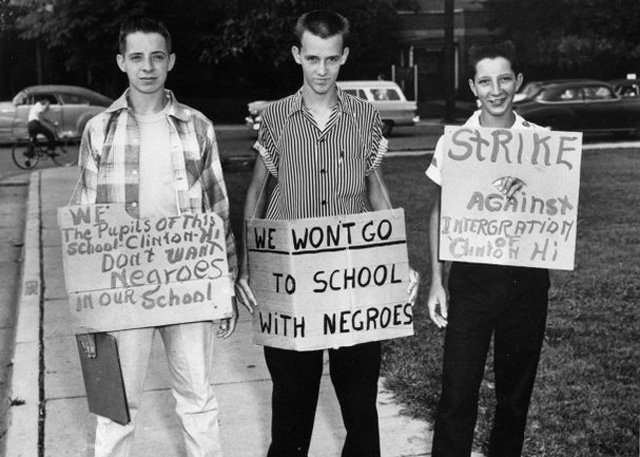 Then the next summer, black soldiers are home and they are fired up because they know, America knows, that they done played their part, they went to war, they did their jobs, they helped y’all win, and they didn’t even fuss real hard about it, they put their head down and they got it done. And you know what, it’s coming up on a year and they realize, nothing has changed, so they start signing up for the NAACP because got damn it, they want the rights they got damn fought for. They tired of this shit. No sooner did the NAACP membership go up when angry white mobs across the country, like 25 cities and towns, just started killing people. So many black men and women died that summer/fall, they call it the Red Summer of 1919.

Anyway, I feel how hard it is living in 2018 but at least I got the Internet and Infinity Wars and Bob’s Burger and Love and Hip Hop and in a few days, Black Panther whenever I want it, to distract me. Can you imagine going through all of this with nothing to distract you?

Van Lathan’s Response to Kanye West Was Spot On