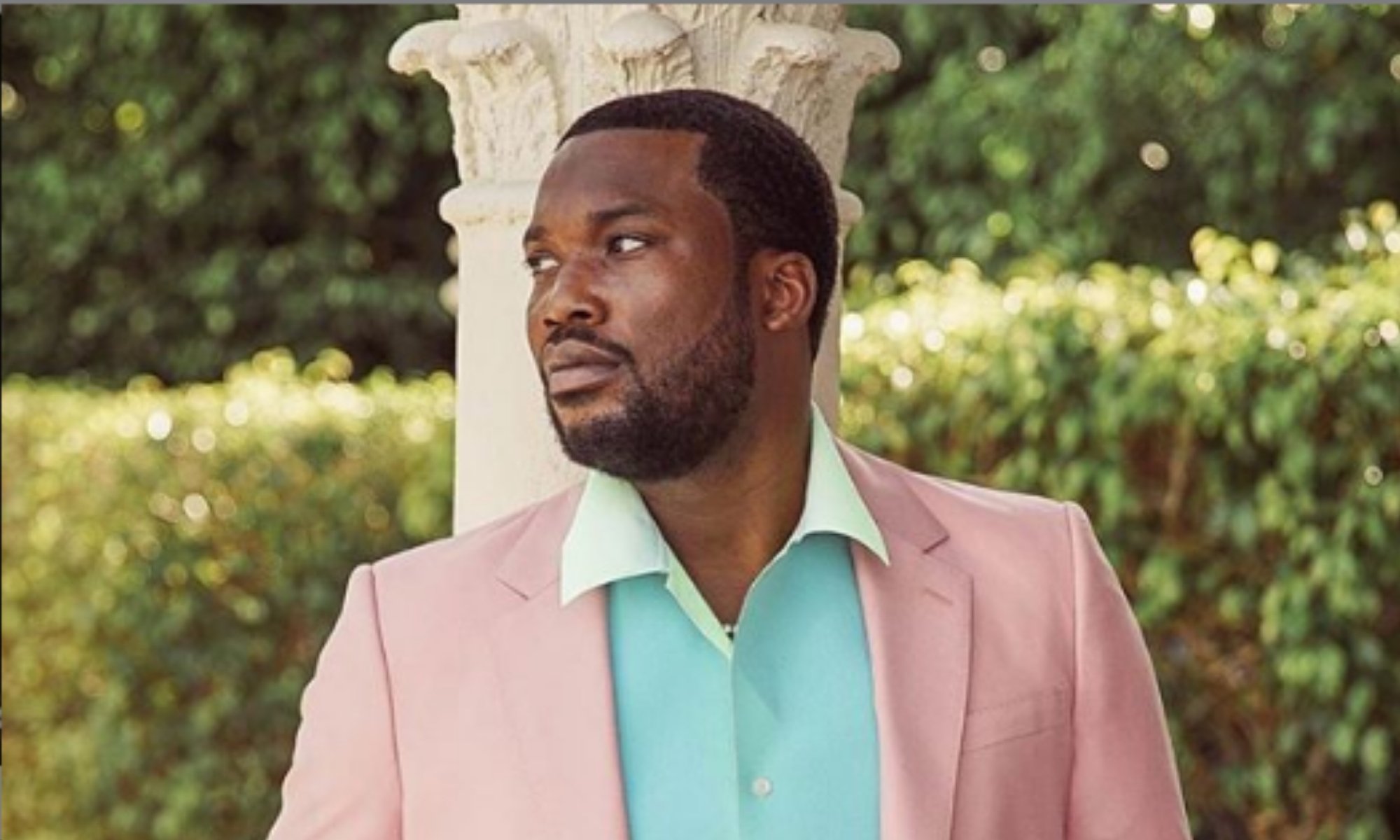 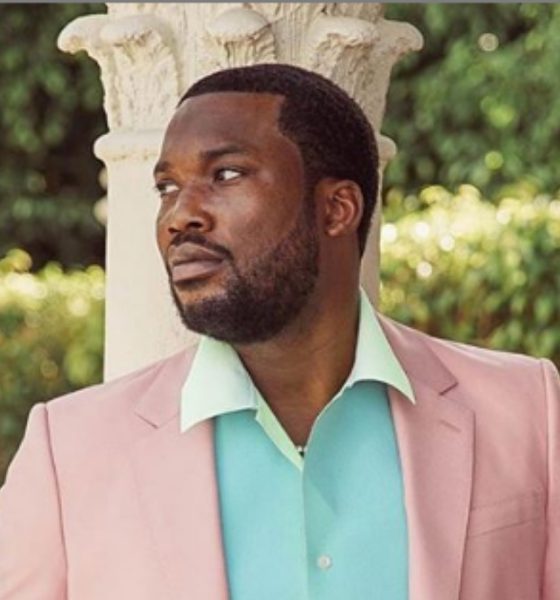 After being turned away from The Cosmopolitan, a five-star Las Vegas hotel, Meek Mill has alleged that the establishment profiled him. Asserting his entry was denied for “no other reason than their culture and skin color,” Meek and his legal representation are taking action against the establishment with video evidence that corroborates his claim.

Intending to attend a DJ Mustard concert, Meek Mill and his entourage arrived at The Cosmopolitan of Las Vegas on May 25th, expecting phenomenal accommodations. Instead, the rapper and his group were disgustingly profiled by hotel staff who not only told the group they were trespassing, but threatened arrest. Having had no prior incidents at the hotel, Meek and his party inquired about why they were being denied access. However, the staff member insisted they were trespassing and continued to force them to leave.

Recounting his only stay at The Cosmopolitan, Meek said he had been there once for a party at Jay-Z’s behest and without incident. Claiming the property is one of many that discriminates against Black entertainers seeking lodging, Meek Mill’s recording of the heated exchange has prompted social media outrage and other victims of discrimination to come forward.

Anthony “Boobie” Dixon, a running back that played for the 49ers and Buffalo Bills, shared football players are not exempt from such treatment. Responding to Meek Mill’s video, Dixon said, “They been doing that for years, they been doing it to football players too. I’ve experienced it, they really be intimidated depending on the look of your party, cold world, keep ya head up.”

After receiving word that they were drawing intense criticism from the public, The Cosmopolitan of Las Vegas released a statement. Attempting to explain why Meek was rejected, the hotel cites it was at capacity during a pool party, but it’s unclear how that affects Meek Mill’s eligibility as a patron. Responding to their claim, Meek said he only ate at a restaurant on the hotel’s property, he was not a pool party attendee. Still, The Cosmopolitan of Las Vegas is continuing to feel the heat as supporters of the rapper have begun scouring their social media presence, which is unmistakably Caucasian.

In the comments of the hotel’s Instagram feed, which does not feature photos of or taken by a single Black man or woman, supporters of Meek Mill are bashing the luxury resort and casino. In regards to what Meek is planning to do to the hotel, he says, “I needs lawyers ASAP y’all not gone treat me like I’m just a rapper and expect me to be quiet.” 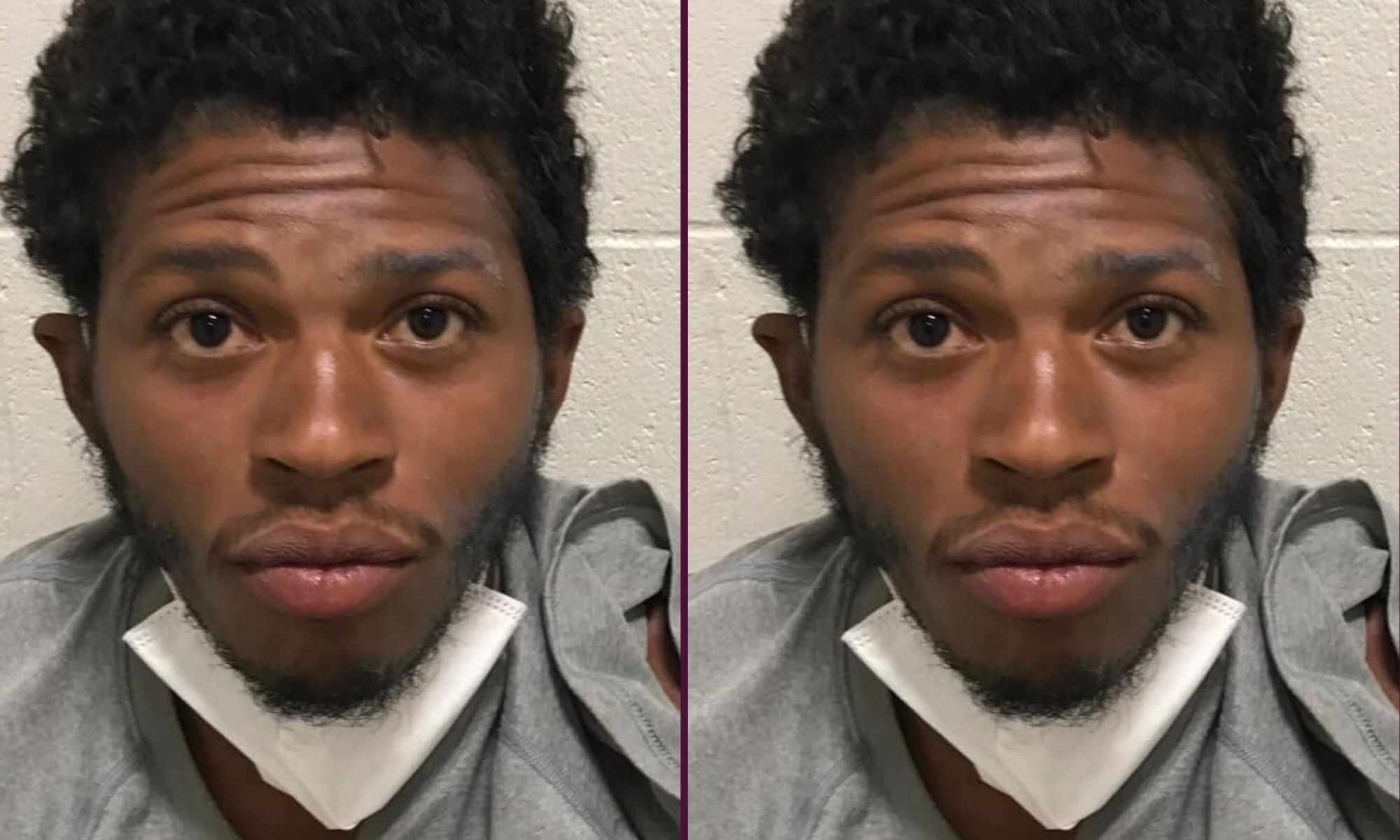 Police in Goodyear, Arizona has arrested Bryshere Gray the tv actor from the show ‘Empire‘. Gray was arrested Sunday after police received a domestic violence call. The Goodyear Police Department has released the following statement.

Goodyear Police Arrest “Empire” Actor, Bryshere Gray on Domestic Violence ChargesOn Sunday night, July 12, 2020, at approximately 10:15pm, Goodyear Police responded to a 911 call that an adult female victim had been allegedly assaulted at her Goodyear home by her husband, who she identified as Bryshere Gray, an actor on the TV series “Empire.”

She was treated and released for her non life-threatening injuries. Goodyear Detectives and Victim’s Advocate continued to assist her after her discharge from the hospital. Goodyear Police responded to the

Goodyear residence located in the 13000 block of S. 176th Lane, Goodyear, in an effort to contact Gray, but he refused to come out and speak with officers. Goodyear SWAT and Crisis Negotiations were called out to assist. Just after 7:00 am, Gray was taken into custody without incident. He was arrested and booked into the Maricopa County Jail on domestic violence charges.

Gray played Hakeem who was Jussie Smollett’s brother on the show. The show just wrapped up their final season earlier this year. 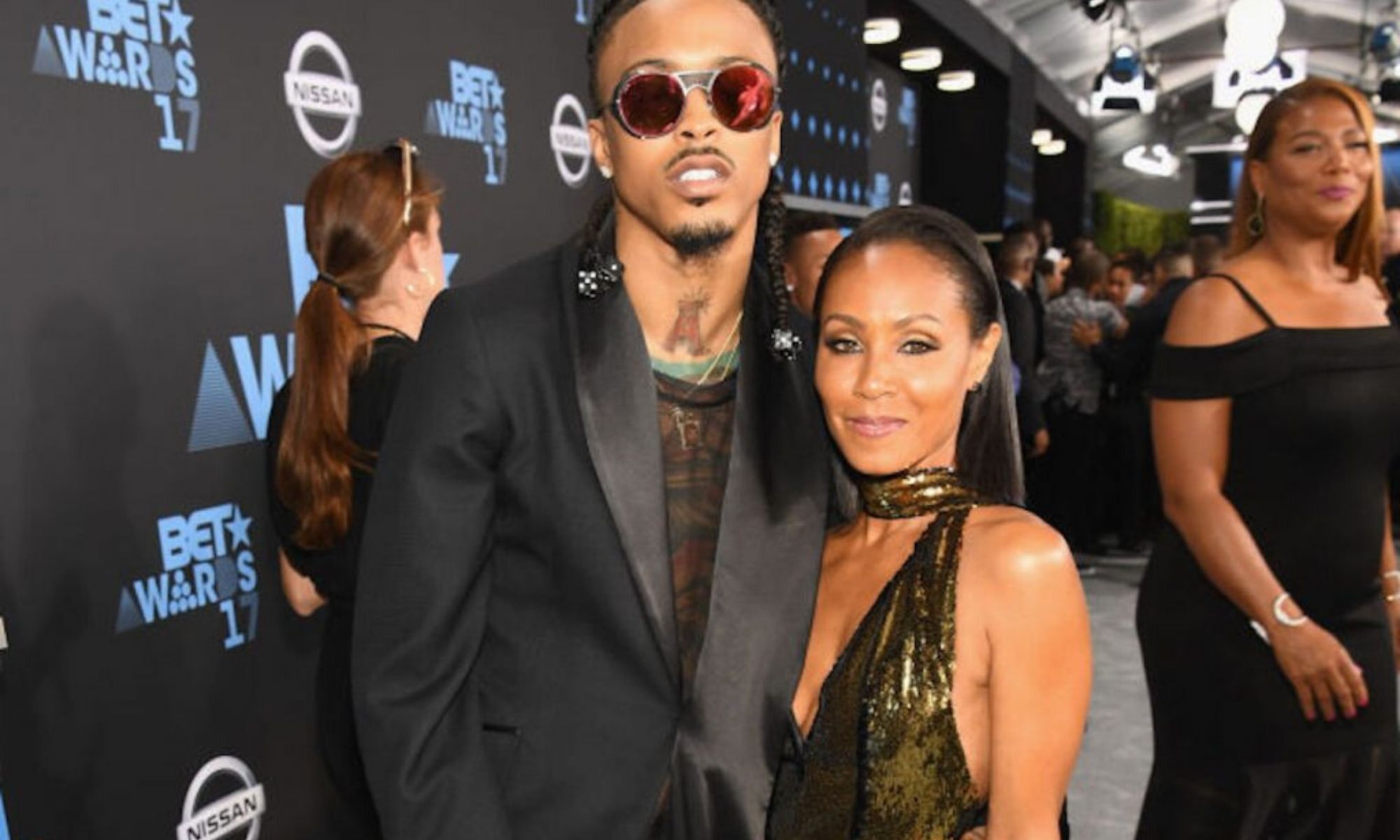 In her first “Red Table Talk” since the infamous August Alsina-Jada Pinkett-Smith drama began, Jada admitted that she did in fact have a relationship with singer August Alsina.

In response to Alsina’s claim that he was involved in a romantic years-long relationship with the actress, Jada said their relationship began “4 and a half years ago” at a time when both her and August were going through an immense amount of change in their lives.

“You and I were going through a very difficult time,” Jada said, speaking to her husband Will Smith. “You kicked me to the curb.. We basically broke up.” Will agreed that he was “done with her ass” while commenting that “marriages go through that.”

When her husband asked her why she chose the relationship with Alsina, she replied “I just wanted to feel good. It had been so long since I felt good, and it was really a joy to help heal somebody.” Since news of the relationship broke, much of the criticism Pinkett-Smith has faced revolved around her possibly wanting to heal August as he had recently lost his sister and taken on custody of her children. In an interesting comparison, she likened her need to help broken people – such as August, at the time – to an addiction.

She argued that she “was really able to do some really deep healing” before he suddenly broke communication and hadn’t had any contact with her since then. According to both Jada and Will Alsina cut the Smiths off “years ago” and that’s why Alsina even mentioning all this now was so “strange.”.

The actress then went on to thank her husband for being such a good companion that both of them “could make mistakes without fear of losing [their] family.” They both expressed gratitude in each other for sticking around especially when, according to Will, Jada messed up so badly he wasn’t sure he was even going to speak to her again.

The two shared laughs then reaffirmed their marriage some more by talking about how whatever Jada did that had Will so pissed off wasn’t enough to scare him away.

In all, this latest installment of “Red Table Talk” was interesting to say the least. Check it out below. 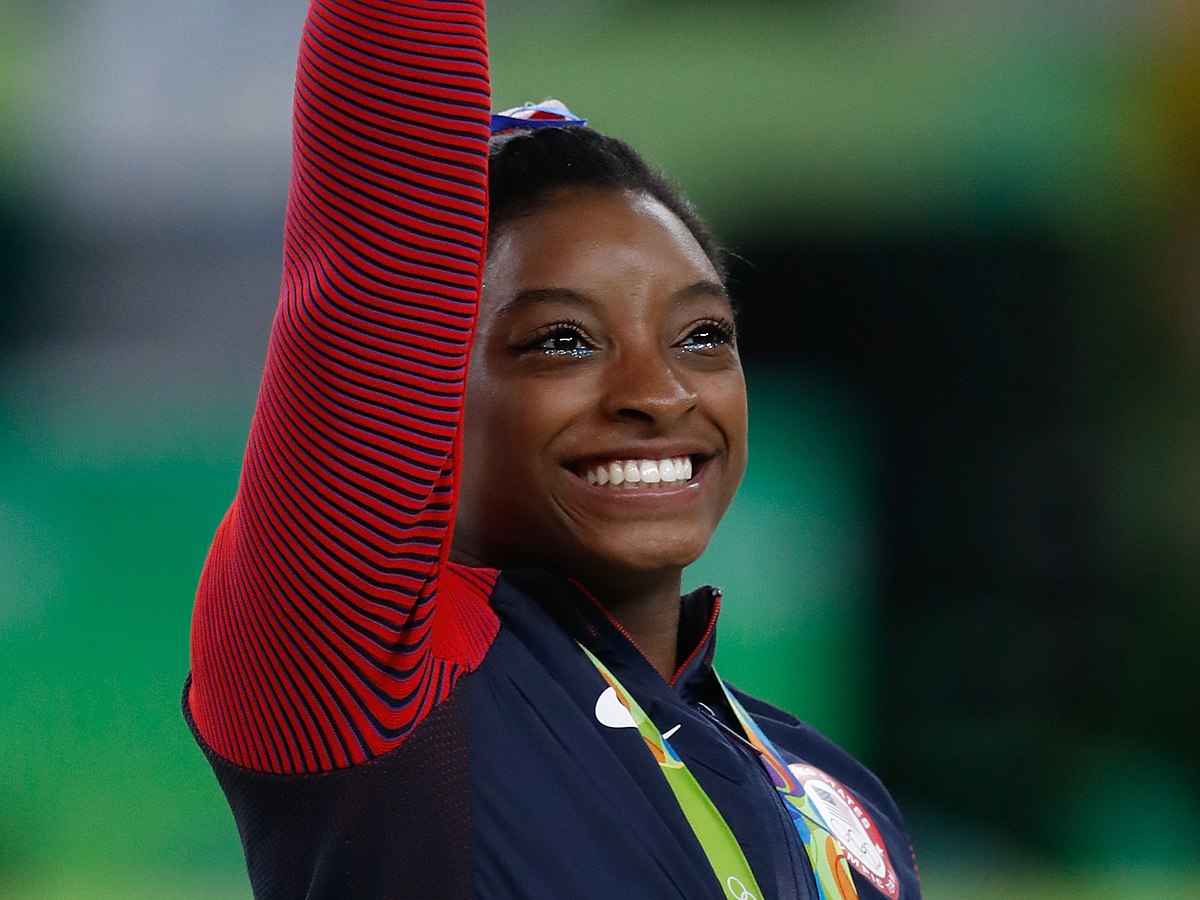 We’re all here for it, too. And why wouldn’t we be? Simone is adorable, kind, and the future of Black athleticism. To make this shoot even more iconic, people have also pointed out that her shoot is aesthetically similar to the shoots Annie Leibovitz, who is also the Biles’ photographer, has done for Serena Williams in the past, and I can see it.

One interesting, and sad, parallel here, is that Biles has come under racist fire in the past for her appearance. Leibovitz’s work captures the musculature in the bodies of her subjects and glorifies them. These photos don’t hide Simone’s body or make any effort “accent” them. They center her body, which has been scrutinized throughout the years, in a way that Black people have seen only occasionally in the past. These earth tones? The softness of the focus? The high fashion? You can’t deny any of it!

As you might remember, Serena also did a maternity shoot with a similar aesthetic. (Same photographer) So, I’m interested to see how she if she might do the same if that time ever comes.