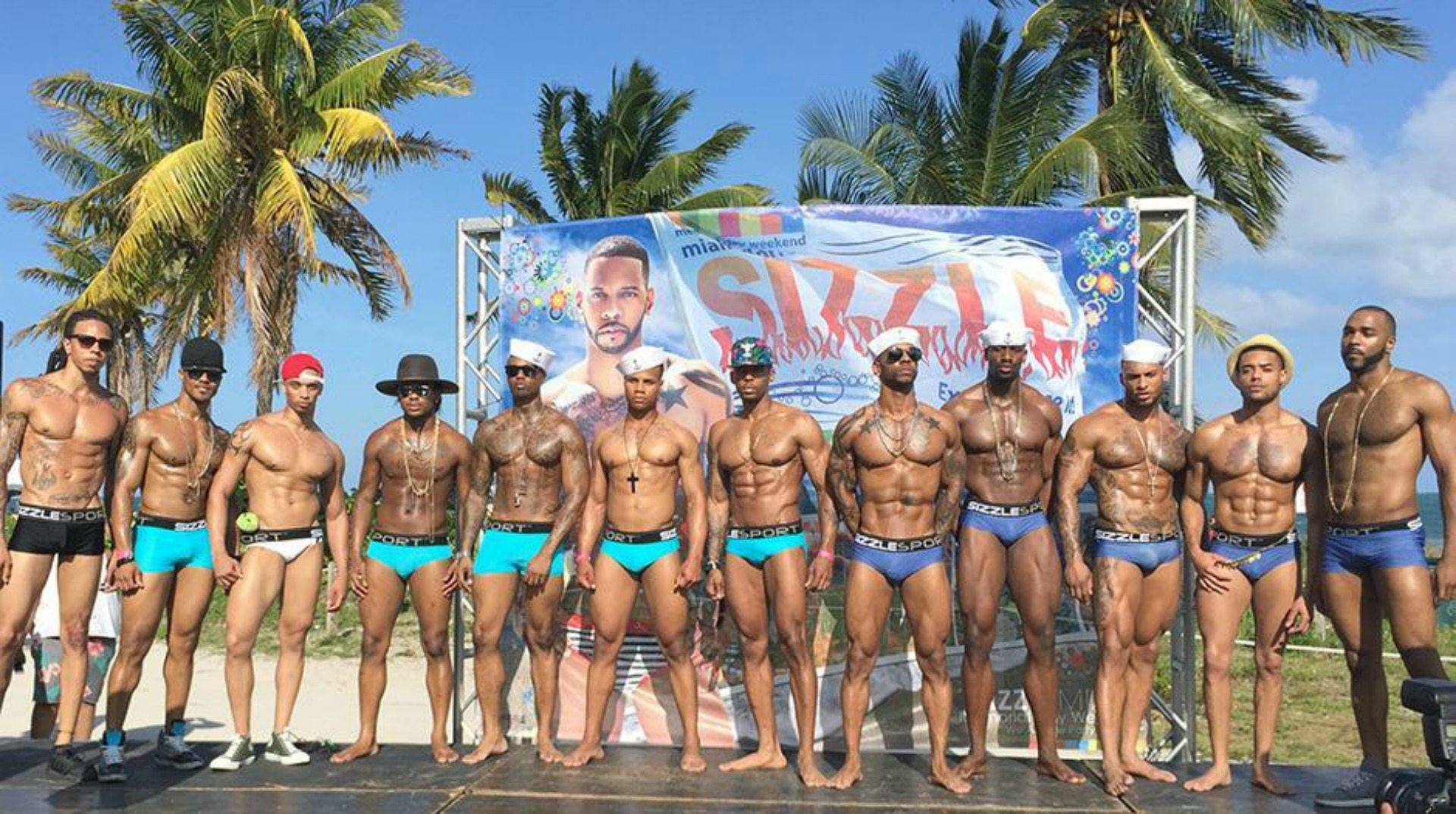 Bitter Black Gay Men who are upset and pressed about Pride–listen up! I’m calling you OUT!

Every year, the conversation of Black Gay Pride comes up on my timeline and I literally get myself prepared for the comments, videos, memes, and jokes. My favorite of all time is the “Make sure y’all pay y’all rent before y’all head to Pride.”

This weekend was Sizzle Miami & D.C Pride and both of these events are catered towards black gay men. These are spaces for black men to feel comfortable with no judgment away from individuals who take to social media every year, depressed, oppressed and stressed out that people are spending money on what they consider fun.

It’s a never-ending cycle tired jokes about everything from Walgreen’s running out of fleet to everyone attending is going to come back with an incurable STD. If you heard one joke, you’ve heard them all. You would think that half of the ones who made these jokes coins were at stake. No, the only thing at stake is their ego. The “I’m better than you because I don’t go to Pride” attitude. Gurl, let it go. Let it go. There is no minimum or maximum of gay activities that make you more or less gay. Only same-sex sexual activities make you homosexual.

Let’s not forget the fights… It doesn’t really matter if it was just 1 or 100–it’s all treated the same. Thousands of people gather for the events and all it takes is one fight video to surface, and then the girls have an excuse to say why they don’t participate. As if their credit jumps up 20 points. One fight broke out that is currently being shared all over social media and some of the kids are using it as a catalyst for not going to Pride events.

Yo this whole video got me dead RT @iLowkeyB: All of Atlanta in 1 video pic.twitter.com/8NQ1qE265S

The girls were throwing everything except gas money! Ish like this happens. With so many people, personalities and alcohol, some things are bound to happen. It doesn’t mean one group is lower than other. The level of internalized racism and self-hatred that some of us suffer from unfortunately has us thinking like this. As if only black events are ratchet and ghetto. If you’ve ever been to predominately white spaces, you will see fist fights and drugs .

Before you post that bitter, wannabe elitist status or meme up, think to yourself: Is the problem Pride or is it my self-loathing personality? Pick a side, pick a side.

Let these people live. If they don’t pay their rent and head to Pride, what does it cost you? There are people who are leasing $1,000 iPhones and asking for payment arrangements. If I do go and get my back blown out, how does it

harm you? What’s the difference between me having sex at home or out of town? I might just be giving you time to have the boys that you can’t have while I’m out of town.

The STD, STI, HIV jokes have got to go. The CDC puts you in the same group as any other man who sleeps with men. They don’t highlight those who do and don’t go to Pride.

If current HIV diagnoses rates persist, about 1 in 2 black men who have sex with men (MSM) and 1 in 4 Latino MSM in the United States will be diagnosed with HIV during their lifetime. (CDC)

Let me know if you see where they say that about those who attend Sizzle, D.C. Pride or Atlanta Pride. Instead of shading the girls for doing something you’re doing, focus on ways to uplift each other. Instead of sharing the ONE fight video, share a video answering common questions about sexual health. Pride is a time where the majority of old friends who have moved and haven’t seen each other in a while catch up.

A free space from judgmental looks from heterosexuals who don’t understand our culture but use it and abuse it. A time of celebrating some of the milestones we have made with being black gay men. Some are ones who were not comfortable with their sexuality until now. Artists, authors, poets, and content creators are in these spaces promoting things they love to do. Classes of all sorts are offered, from how to fight LGTB youth homelessness to better financial stability.


I love my community; I just want us to understand that we’re all in this together. I know that’s a lot to ask for, but I hope we can all understand and appreciate one another.