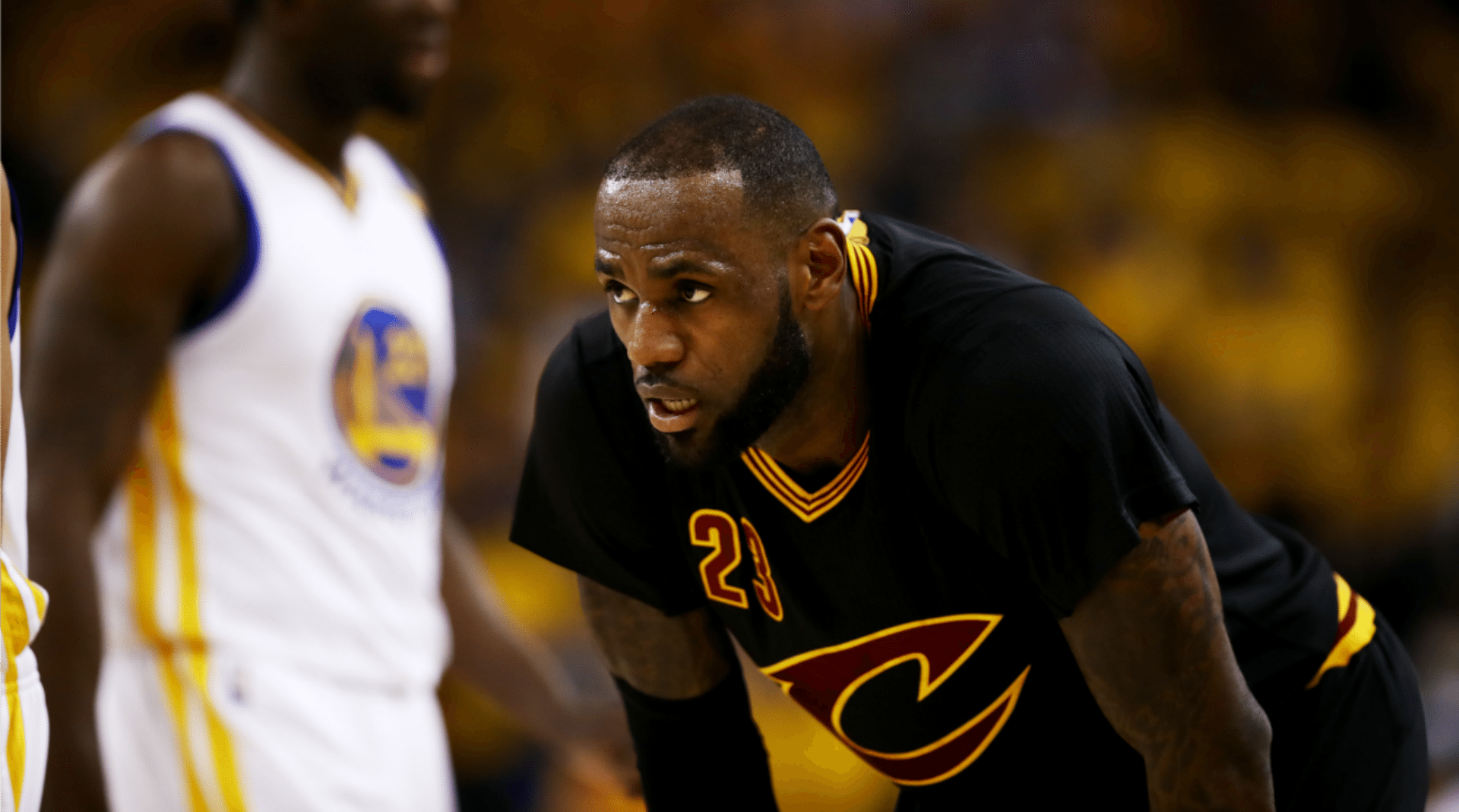 It’s time to get deep.

As you may know, on Wednesday (May 31) it was reported that a racial slur was painted on a gate at the home of LeBron James. You know what word it was, the N-word. LeBron has addressed the situation giving his own statement.

The incident has gone viral, sparking a number of reactions from celebs and members of the African American community. This follows the appearance of a noose in the segregation exhibit of the Smithsonian African American Museum. A somber mood and dark cloud seemed to settle in for many of us this week.

Let’s start with the irony. When the incident was reported, they said that a racial slur was painted on the gates of James’ Brentwood mansion in Los Angeles. Brentwood, does that sound familiar? It should because it was the same exact neighborhood that O.J. Simpson resided prior to his arrest for the murder of Nicole Brown Simpson and Ronald Goldman. If you’re like me and absorbed all things O.J over the years (“The People vs. O.J. Simpson”, “O.J Simpson: Made in America”) you know why this is not shocking. O.J. at one time referred to himself as “the Mayor of Brentwood”. That changed very quickly once he was arrested. You see, the vandals of LeBron’s home aren’t rednecks. They are likely neighbors or peers. People who want to remind him that he doesn’t belong there, as they have before. LeBron himself sighted that racism is always there, it’s just usually concealed. Those residents probably always felt that way about LeBron, but many racists have been emboldened since our new “president” took office. The uptick in hate crimes reveals what has always been there beneath the surface. Hatred isn’t isn’t new, it’s as American as apple pie.

LeBron James responds to the vandalism incident at his home pic.twitter.com/goMoicIIit

I thought response LeBron’s response was honest and candid. He let the world know that even he wasn’t immune to the horrors of racism. However, I want to put it in the proper perspective. I’ve been Black all my life, but I have never been a n*gger. Nor do I know any. What is a n*gger? Whenever the word is said, people always look to Blacks. In my mind, since it is the worst thing you could call someone, it must be the worst thing you can be. So given that, the person who painted it wasn’t talking about LeBron. They were simply writing their own name.

We are not n*ggers, and we can no longer allow that word to paralyze us. Each time we react to it, we give away our power. When people use that word, that is literally their “trump” card. It is their best and typically only shot to attempt to hurt and offend you. If you don’t react, they don’t have a plan B. The devil doesn’t have any new tricks. 400 years and they can’t find a better word? In 400 years of oppression, we have risen from slaves to scientists, doctors, engineers, President. N*ggers and nooses? 400 years later they are still using their great-great-great-grandfathers version of racism. To all the racists I have this to say: When I see or hear that word n*gger and hear about nooses, I’m not angry or offended or hurt. I’m bored. Bored by the lack of creativity that racists have. If you’re the masters of the universe like you claim to be, then surely you can do better. And you’re going to have to because we are still here. In 400 years, we’ll still be here. You have LOST. No matter the obstacles, Blacks have survived. You can continue to oppress us, beat us, and kill some of us, but we aren’t going ANYWHERE. You may as well give up while you’re behind.

We are a strong, beautiful, resilient people. We thrive in chaos and adversity. We will not be intimidated or fearful. We must continue to face each day with grace and dignity. Because we are still here, 400 years later. Stay encouraged and amazing. There is nothing more Black than that.

What are your thoughts on LeBron’s home and the increase in hate crimes in America?

Related Topics:Lebron James
Up Next

My Sitdown Interview With the Cast of ‘Love @ First Night’

The Real SideChicks of Charlotte is…Real?