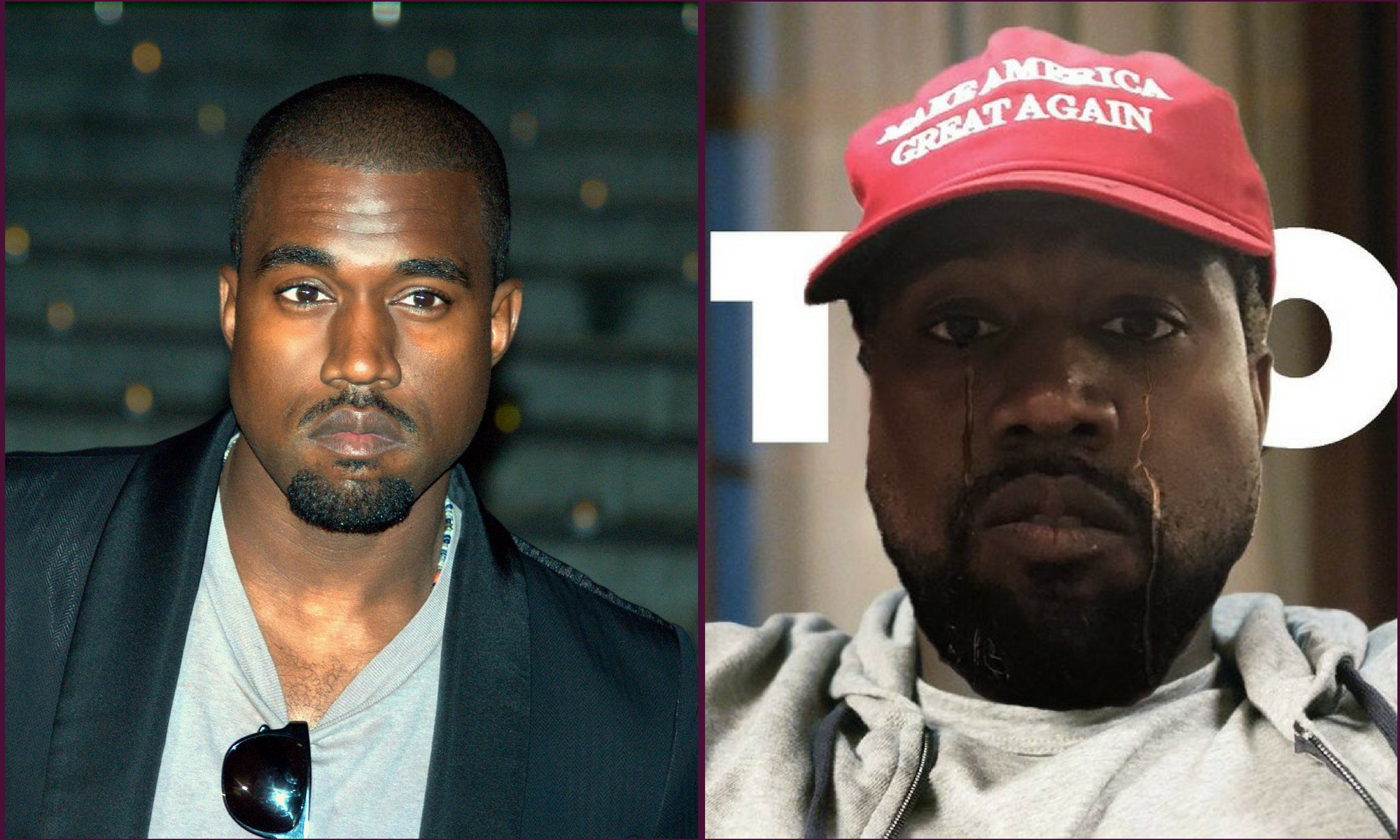 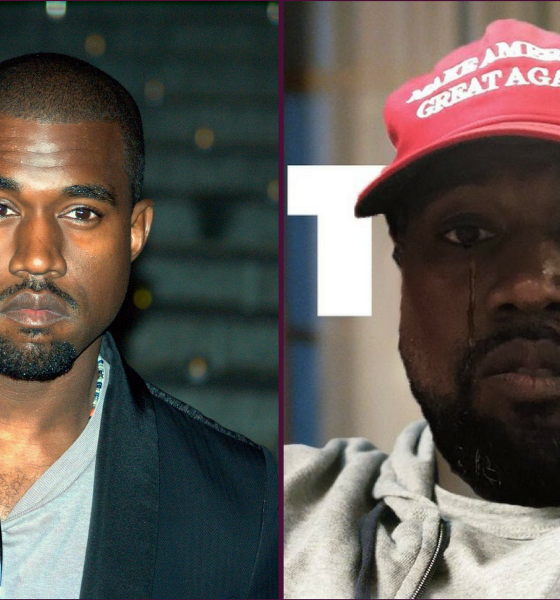 Kanye West has shown his true colors in his recent tweets. So much so that he is now being called SunkYe West the name coined by Marq Montgomery, (Check out his site) one of my faves for his unapologetic take on things. The name seems to suit Kanye fine considering he’s sipping from the sunken place teacup.

SunkYe’s first tweet, before permanently sinking in white supremacy’s tight grip, was a retweet from 2014 in response to Ferguson. The tweet called for more than just diversity training, but also the arrest of police officers who have been charged and not found guilty of excessive force.

After that, things started to get interesting. There were tweets promoting new merchandise and even hints towards to new music, but in some of the tweets, Kanye was preparing for us SunkYe 2020.

be transparent as possible. Stop setting plays. Stop playing chess with life. Make decisions based on love not fear.

“Be transparent,” Kanye says. He was about to become so transparent that he may have already started selling some of his melanin for his trash clothing line.

Don't follow crowds. Follow the innate feelings inside of you. Do what you feel not what you think. Thoughts have been placed in our heads to make everyone assimilate. Follow what you feel.

don't trade your authenticity for approval

truth is my goal. Controversy is my gym. I'll do a hundred reps of controversy for a 6 pack of truth

“truth is my goal. Controversy is my gym. I’ll do a hundred reps of controversy for a 6 pack of truth.”

Most of us didn’t see it coming, but I did. It was the beginning of the Kardashian-West machine. Ye started to list artist he was working with and when their albums were dropping. He first reeled us in. 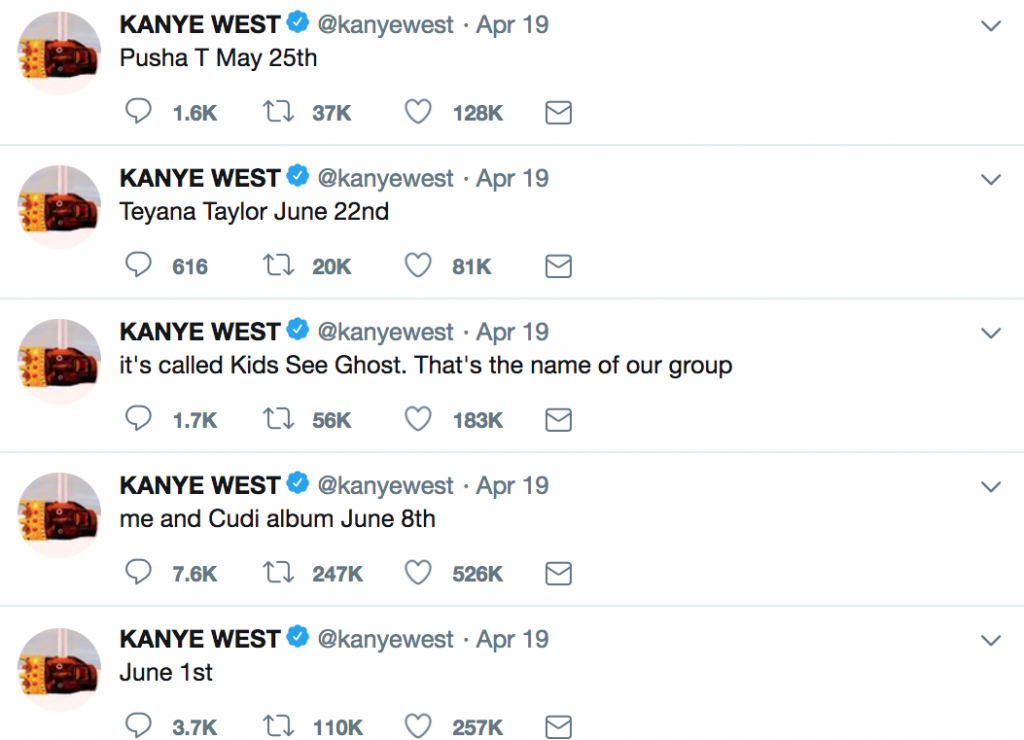 More promotions of Space Jam 3s. As he dropped more pics of his line of Yeezy merchandise.

The first wave of SunkYe was the support of Candace Owens.

If you don’t know who Candace Owens is, let me enlighten you.

Black Lives Matter protesters showed up to UCLA event and tried to shout me down. It was my absolute honor to smack them with the truth: they are a bunch of spoiled toddlers, who seek nothing but attention. @blklivesmatter #blacklivesmatter #MakeAmericaGreatAgain #MAGA #KeepAmericaGreat #funnyvideos #politics #donaldtrump #funnymemes

She is one of those. Owens believes black people are playing the victim. She can vote Republican, Democrat or Independent it doesn’t matter. It’s her ideologies and platform that makes her dangerous. She also called Trump a savior. A savior of what, I’m still trying to understand.

I truly believe that @realDonaldTrump isn’t just the leader of the free world, but the savior of it as well.

May God bless America— the last stand for western civilization.

Shortly after tweeting his support he added this.

Constantly bringing up the past keeps you stuck there

And apparently, slavery was a trend.

there was a time when slavery was the trend and apparently that time is still upon us. But now it's a mentality.

self victimization is a disease

Kanye West out in that Calabasas gated community like: pic.twitter.com/fLyEoT6wwY

This is going to be Kanye West when Trump gets impeached. pic.twitter.com/iwrNA2OdZ8

Kanye didn’t seem to care about the jokes of him being in the ‘Sunken Place’and responded.

It’s hard to believe that this is the same Kanye who called out George Bush’s response to Katrina back in September 2005. The same Kanye who hopped on the stage during Taylor Swift’s 2009 MTV VMA acceptance speech for Best Female Video Award that some say Beyoncé was snubbed for her video ‘Single Ladies’. Taylor Swift won for ‘You Belong With Me’. Should we mention Beyoncé and other black artist have continued to be snubbed and put into bullshit categories.

This is the Kanye West who used his influence to start a conversation. Now he claims Barrack Obama didn’t do much for Chicago during his presidency all while having Yeezy’s headquarters in California.

Obama was in office for eight years and nothing in Chicago changed.

Let’s not forget that Kanye did meet with the then President-Elect Donald Trump at Trump Tower. 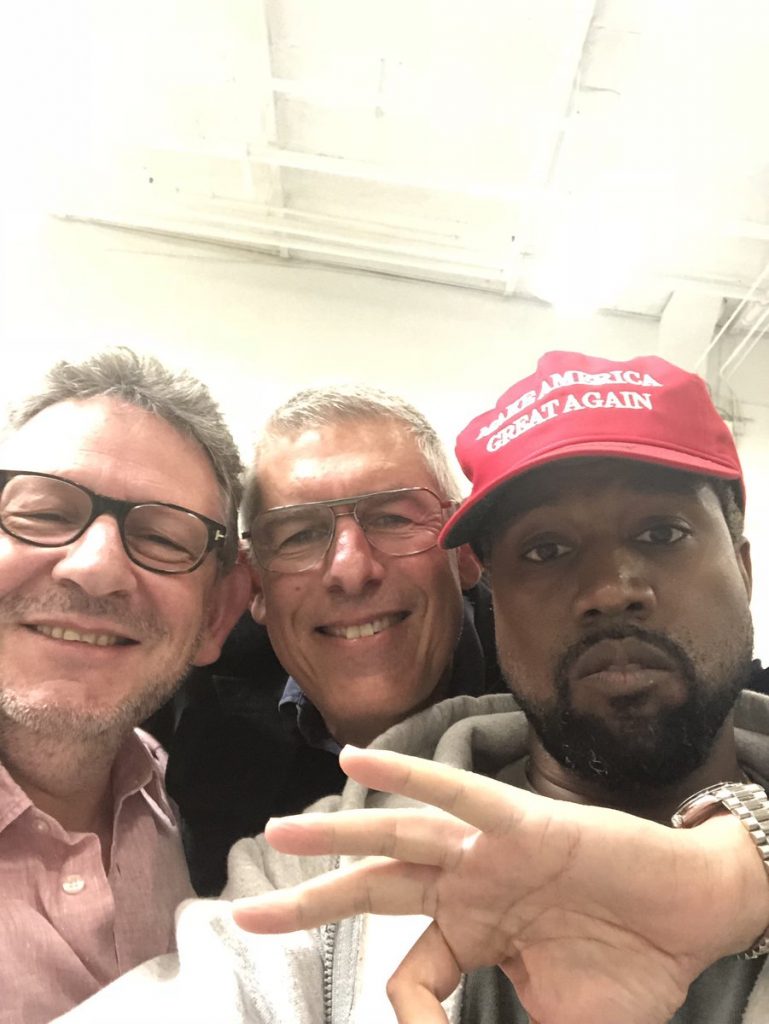 Kim Kardashian-West came to her husband’s defense and wasn’t feeling the mental joke comments coming from the media. 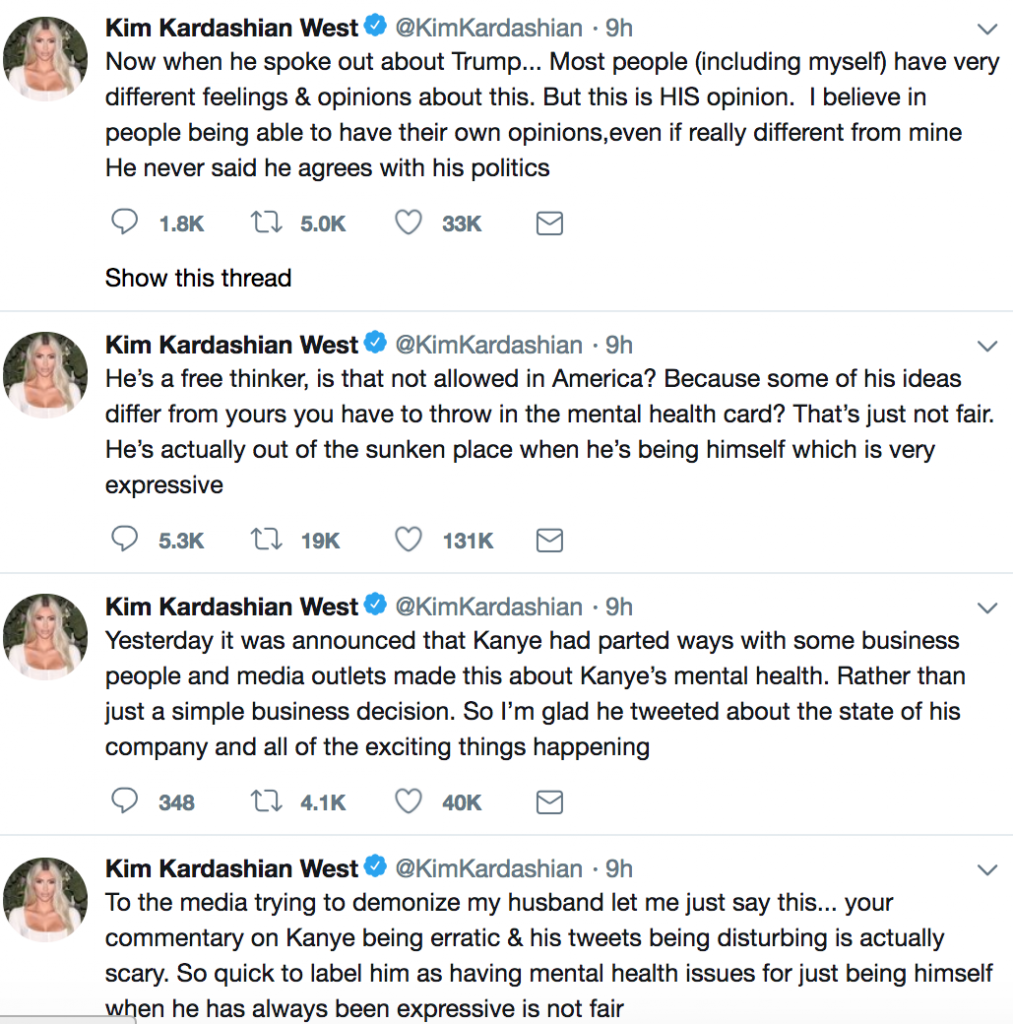 Mental illness isn’t a joke but to think it’s ok to willing support someone who has white supremacist views without backlash is.

Kanye West is now SunkYe and at this point, the Kardashians, Trump, and the bigots can have his sorry ass.

Should Kim Zolciak-Biermann Been Fired From Real Housewives of Atlanta?