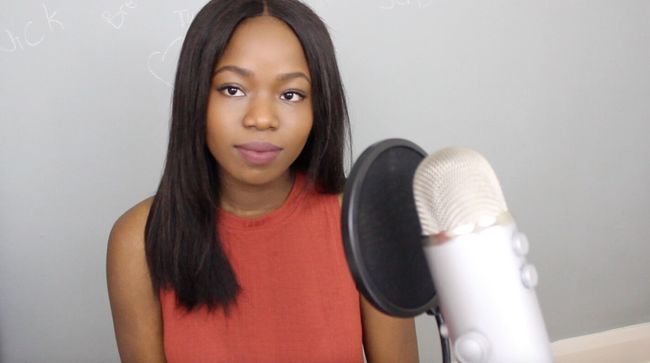 By now, you have undoubtedly heard and read about the recent redesign of the LGBTQ Pride Flag which is currently flying in Philadelphia after the group More Color More Pride pushed for the inclusion and representation of Queer People of Color (QPOC). After seeing this news, you probably would have guessed that there would be some controversy from various people in the LGBTQ community. You would have been right to assume that white gays would be among the top complainers and that QPOC would be among the top supporters in this flag’s redesign. Fact of the matter is, you more than likely would have never thought that a black woman would approach this conversation about inclusion, equity, representation and fairness in such a negative manner. Well, you’d be surprised. In her latest video, the Omorosa of the Internet, Josephine Mathias, as she usually does, let her following know, why black people are wrong to want to have a pride flag variation that represents the QPOC community.

Now, I hate to single Josephine out [not because I’m concerned with cyber bullying but because I don’t want to shine light in her direction] but her argument is so uninformed that I have to use her as an example to further the point I regularly make about racism in the gay community. Disclaimer: I know that black people are not a monolith and don’t all need to think as one, but on some issues, like representation, inclusiveness, equity, and equality; Issues based on statistics, facts, data and history [herstory/ hxstory], I think everyone from every background would agree that people of color have had the short end of the stick for at least a couple of centuries (maybe even longer).

Josephine, her followers, and everyone who believes like them first make the argument that “the pride flag isn’t even about skin color.” They then cite information that nobody in the LGBTQ community knew about prior to this debate. 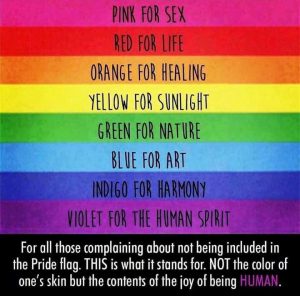 Namely that the colors of the flag represent the joy of being human, as if every gay person shaking their ass in a pride march waving this flag actually knew that the colors were not indicative of all of the people of the world, but actually represented a litany of items necessary for one to be considered part of House of Elrond. And because of this obscure history we are to believe that there is no need for a variation of the flag that includes and brings awareness to QPOC issues; Because “the flag as it is, is already all-inclusive.” And that would be a fine argument if only this entire library of flag variations did not exist.

Yes, there is a flag variation for gay cowboys.

Yes, there is a flag variation for gay men who wear leather.

Yes, there is an “All Lives Matter” flag meant to include “all people” represented by a white stripe.

All of these variations exist and have existed for quite some time. But it’s only now, after QPOC decide to make their own variation, that everyone decides to speak on the (in my gay Republican voice) sanctity of the original flag and everything it represents (accompanied by a “gosh darn it” swinging arm gesture).

So then the counterpoint to the counterpoint is that “sexual orientation does not equal race/ethnicity.” And this is the point at which I believe all of the Josephiners tank hard in their ability to understand…

Circling back to Ms. Josephine for a second, and I don’t encourage you do this, that’s why I’m explaining it for you, Josephine is, in her words to me via Twitter, an Aunt Jemima (female version of Uncle Tom). I don’t remember how I first came across her, to be honest, but I think I was either researching Youtube videos about the election or going down a youtube rabbit hole of Omorosa videos. Either way, I (unfortunately) found her, and (even more unfortunately) watched a few of her videos. Long story short: coonery and buffoonery for the views and subscribers. I believe this, because I refuse to believe that any person (not just a person who happens to be a member of one of the most marginalized groups in history) would spew the garbage that she does.

… Back on track: the idea that sexual orientation does not equal race/ ethnicity, completely disregards the QPOC experience within the larger Queer community. Aside from the fact that gay cowboys have their own flag to represent their community, there is a flag with an added black bar at the bottom to recognize the those members of the Queer community impacted by the HIV/AIDS epidemic that swept so many lives away in the 80s. 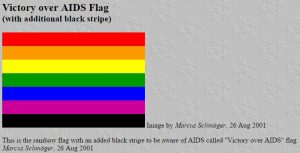 These flags represent communities and issues within the LGBTQ community. So suggesting that the QPOC subgroup of the larger Queer focus is either not a community within the greater whole, or does not face issues in the light of the larger LGBTQ umbrella would be severely short-sighted at best and highly dismissive of the QPOC experience at worst. In terms of community and culture, QPOC have contributed MUCH. Just think about RuPaul’s Drag Race, all of the “gay lingo” that you’ve adopted over the past few years, Vogue, the sass of your inner BW, and the neighborhoods that you simultaneously cruise/gentrify in search of BBC. In terms of issues, QPOC are greater impacted in areas surrounding new HIV/AIDS infections, despite advances in medications and treatment of HIV/AIDS. In terms of homelessness among LGBTQ youth, QPOC are highly impacted. In terms of inclusion, equity and equality… Well where do you want to begin? Historically Gay Institutions whether they be Gay sports teams, Gay choruses, or anything in between, QPOC are not represented. 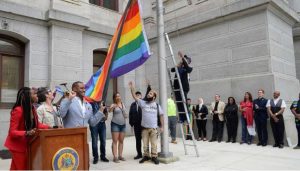 So the fact that someone in Philadelphia, a city known for its racism against QPOC in their Gayborhood, noticed this trend and attempted to bring light to their local issues has been met with such hostility in the name of “the original represents everyone already”, when everyone has had their spin on the flag, highlights the extreme cognitive dissonance and hypocrisy of Josephine and anybody who believes the way she does when presented with the facts. It’s sad, but it is 2017, the era of “Alternative Facts.” I guess no community is safe from that level of stupidity. I’ll give her the benefit of the doubt, however, and say that she is Canadian. Maybe she just didn’t know that this entire story has its genesis in a city with long standing issues regarding QPOC.

Related Topics:
Up Next

What We Are Expecting from the 2017 BET Awards?!