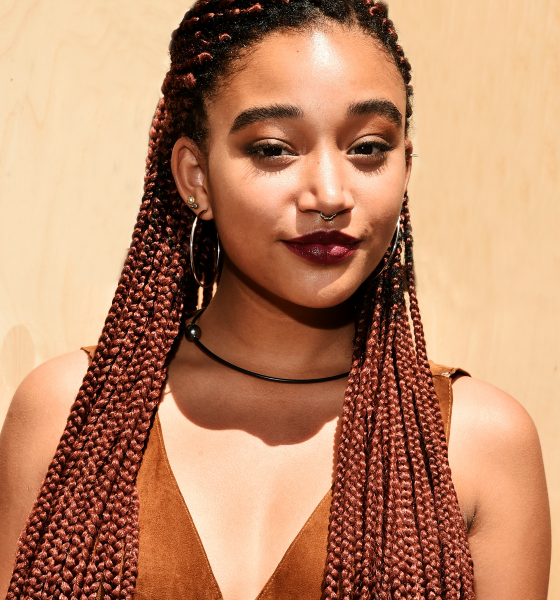 *Note: Amandla Stenberg reportedly identifies as non-binary. Although I do not know her chosen pronoun, I will use they/their/them. I hope this is sufficient and respectful of their gender identity.

A few days ago, Teen Vogue posted the article entitled, “Amandla Stenberg Reportedly Stepped Away From Black Panther Due To Her Beliefs About Colourism”. Stenberg is known for their vocal ideas on gender, race and identity. They have starred in The Hunger Games trilogy, and the 2017 movie Everything, Everything. They will also star in the upcoming film The Hate U Give, which is based on the New York Times bestselling novel by Angie Thomas.

In a nutshell, Amandla says they went through the process of auditioning for Black Panther and got pretty far, but then decided to not proceed. Their reasoning: ‘These are all dark skin actors playing Africans and I feel like it would have just been off to see me as a biracial American with a Nigerian accent just pretending that I’m the same colour as everyone else in the movie.’

Personally, I have two problems with Amandla’s method of “saving and creating space for dark skinned black people”. First of all, there are lighter skinned people who live in Africa, so that was a pretty ignorant comment. Secondly, if you truly value and want to legitimately save space for people who are oppressed, why mention it? Their discussion of it seems to actually overshadow the ‘goodness of the act’.

Some people were glad that Amandla acknowledged colorism and their privilege as a bi-racial person and praised them for speaking so candidly about it. On the other hand, some people are calling it a backhanded compliment. It can be interpreted as Amandla saying the person who portrayed the role she auditioned for was chosen as a second best since they dropped out of the running.

Here’s one of my favorite tweets about Amandla’s statement. The person responded to a tweet by Now This News that mentioned the Teen Vogue interview (the tweet has since been deleted):

This is so rude and disrespectful. Coogler already wanted Letitia Wright for the role, so all this grandstanding by Miss lightskin was unnecessary. Even if she tried her best she would've lost. Stomach that L instead of acting like you GIFTED other hard working actors their roles https://t.co/P8Y40Pvqcl

All in all, people with privileges often try hard to demonstrate that they are an ally. Often times, they/we fail to realize that being an ally is not about calling attention to yourself as an ally. It’s about giving space and using your privilege to elevate marginalized and oppressed persons. As a cisgender, heterosexual person, going to a Pride parade and holding up a giant neon green poster that says, “Hey, I’m straight and I’m here to support you and give you space” does nothing for the movement nor does it elevate the LGBTQ+ community in any way. I know it’s not exactly the same, but hopefully you understand where I’m going with it!

What do you all think about Stenberg’s comments? Do you think it was commendable or tasteless?