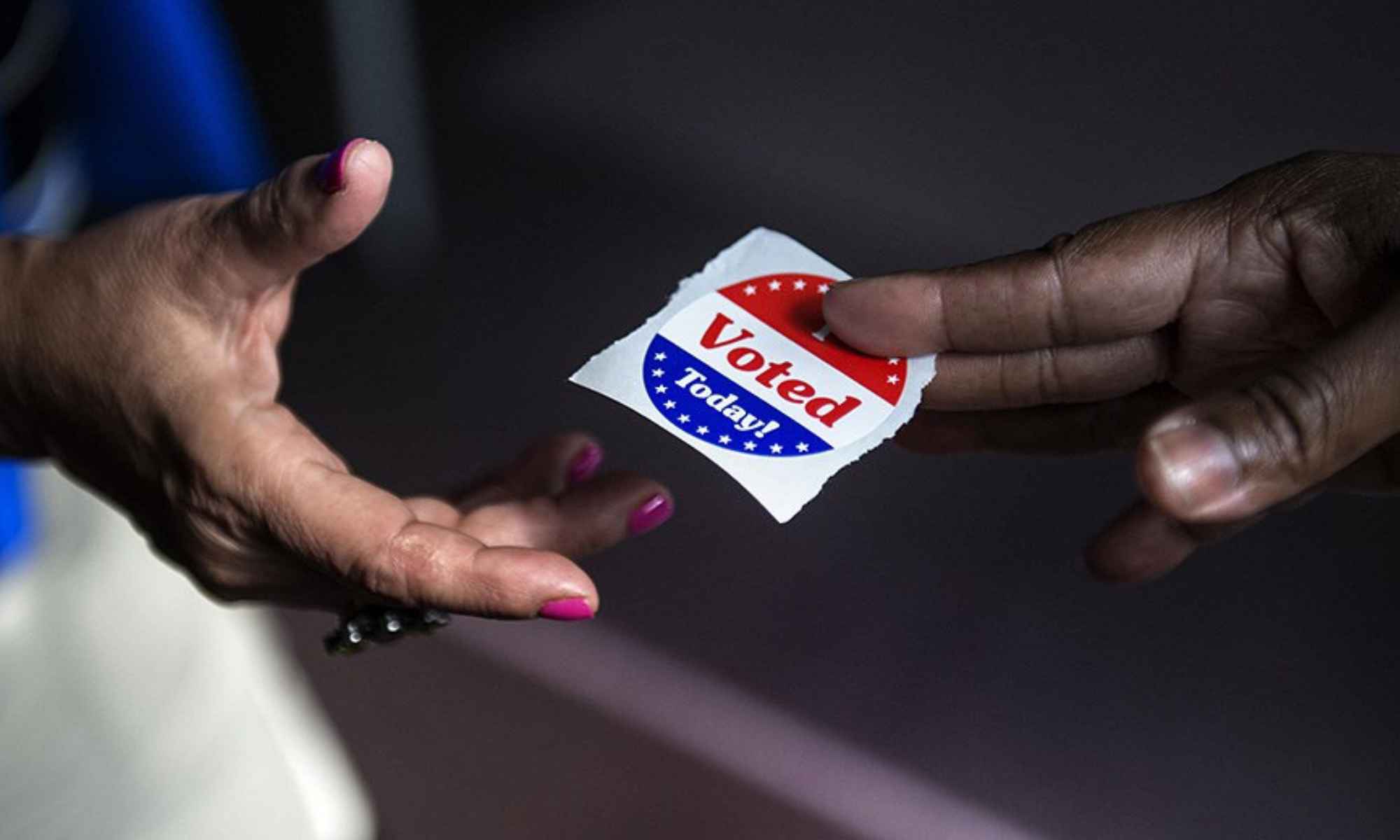 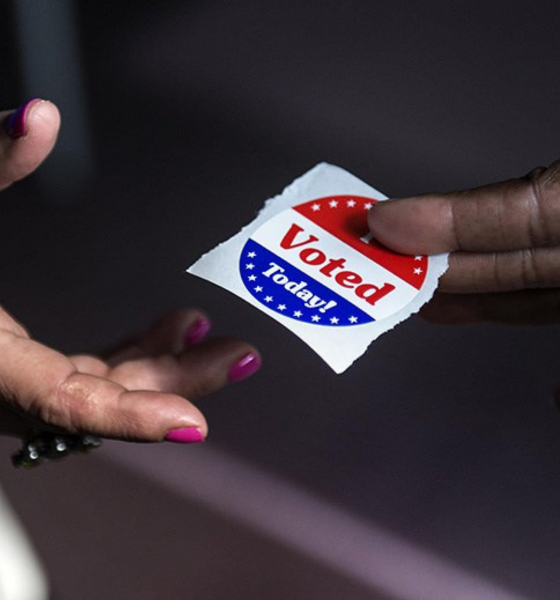 Why Voting Is Actually Important…

I’m mad. And not just the regular mad I’ve been since White people elected their president, I am rabid dog angry, fightin’ mad.

I am angry at the number of Black, seemingly well-educated people who are currently posting these philosophical rants about why voting doesn’t matter, how voting is irrelevant, how voting means nothing, how some radical Black movement is going to come by and save us all.

Side note – The last time a gang of Black people were all on the same page to do some radical shit was the 1955 Montgomery Bus Boycott, and even then, the wayward negro had to be threatened and cajoled to keep it going. I would love to see a radical movement that brings Black people together across skin color, social, class, gender, and sex lines. I would love to see it, but it’s just not feasible.

Don’t listen to what these intellectuals are telling you online, take your Black ass to vote. Click To Tweet

Yes, gerrymandering, voter suppression, and the dismantling of the Voting Rights Act has significantly reduced the democracy inherent in voting. And yes, those in power have systematically made it much more difficult to vote, especially for people living in low income communities, who often do not have the flexibility to take off work to vote (to learn more about the dismantling of the voter’s rights act, here is a good article), but that doesn’t mean that we have to give up on voting.

1. Voting is your civic duty.

The first time I voted in a presidential election, the candidates were George W. Bush and Al Gore. For my second presidential election, I had to choose between George (again) and John Kerry. I can tell you that neither of those options gave me wet dreams. I wasn’t that excited to Rock the Vote…but rock the vote I did because, for me, it was important to make my voice heard.

And it sucks because I remember the fervor and passion people had about President Obama’s campaign. People were lined up for hours to vote. Black people, across the country, were fired up in a way that they hadn’t been fired up about voting since Bill Clinton played that saxophone on Arsenio Hall.

Side note: We talked cash shit about Hillary Clinton and that Crime Bill, and as someone who actually lived during that time, I can tell you that most of the Blacks and the Whites were 100% supportive of that Crime Bill. Yes, now we know better, obviously, but I think revisionist history put a stank on Hillary that she didn’t deserve.

A candidate that lights your political fire and gets your panties wet is a rarity, and that’s just real. Voting isn’t usually fun and mostly, you’ll be rolling your eyes as you pull the lever or fill in the bubbles, but it’s like any other chore you have to do – mow the lawn, rake the leaves – you just get it over with.

I’d like to pooch on down to Brazil and have a look at their history and current political climate to illustrate my point. First, Brazil was the last country to abolish slavery, is reported to have imported more Africans for enslavement than any other country, and was considered one of the most brutal places to be enslaved (the average life expectancy of a slave was four years). The racism, police brutality, and abject poverty experienced by Blacks in Brazil rivals anything you’ve seen anywhere, including America. The country is currently ruled by President Michel Temer who aside from snatching services from millions of impoverished people, is a blatant advocate of violence as a tactic to suppress social justice movements. The safety of Black life is so precarious in Brazil that most activists have been terrorized into submission and silence.

Who should emerge in the midst of this but Marielle Franco. Marielle Franco, a Brazilian activist turned politician, was an outspoken activist against police brutality and extrajudicial killings, and a staunch supporter of the rights of Black women, and LGBTQIA people. Franco ran for city council and was supported by votes from primarily poor Black women and people living in favelas (these are the poorest of slums). On March 14, 2018, leaving a meeting, she and her driver were murdered by masked gun men – shot down in her car. You know what happened next — 1,237 Black women are now on the ballots for local, state, and federal elected positions in Brazil. These women have been activated to make change. They understand that change begins in the voting booth. They know that’s the place to demonstrate their power. Protests don’t matter because they are ruled by an administration (much like the one in America) that doesn’t give a damn about their little protests and will actually kill you in the street for having the audacity to hold up a sign critiquing the government. Knowing this story, and the story of all those who came before makes it hard for me to understand how people can say voting doesn’t matter. If these Black women, living under the shadow of the murder of their fearless leader can get the courage to not only vote, but to run for office, then I (and you too) can certainly go vote. It is the absolute LEAST we can do. #MarielleResists

3. You do realize there’s more than just presidential candidates on the ballot, right?

After you fill in your bubbles or pull your lever for the President or Senator or House Rep, you have the opportunity to vote for local issues, like allocation of funds for schools, youth programs, or new roads, like sheriffs and judges, like raising the minimum wage which research shows helps everybody. So do you really care about your community or are you just talking about it, because if you actually care, these are the kinds of issues that your vote directly affects, almost immediately?

4. I know you know this, but Black people died for this right to vote, and we shouldn’t forget that.

Listen, I know it’s been said to death but I feel compelled to say it again — Black people died, literally died, for the right to vote. During Reconstruction when Black people were trying to figure out how to survive in a country where they had nothing and no rights to get anything, one of the first demands was the right to vote because they recognized that their power was in their collective vote. Their collective vote was probably one of the only things they had during that time of deep, overt racism, aggression, and subjugation. Their collective vote was the only way they had to demonstrate their humanity. And if you don’t have some reverence in your heart for that, well, that’s a damn shame.

5. If the Supremacists and Republicans are working so hard to suppress your vote, it must be powerful.

Bruce Carter, who founded Black Men for Bernie, was seduced into the Trump campaign and paid good money by Trump and ‘dem to convince Black people to vote for Trump or not vote at all. According to Charles Blow’s op-ed, Russian interference in the 2016 election included direct attacks at the “woke” black vote. And it didn’t help that several prominent voices in the Black community – Colin Kaepernick, Mark Lamont Hill, Killer Mike, Michelle Alexander, J. Cole – were either dead set against Hillary Clinton or publicly denounced the act of voting. During one of Trump’s rallies, he is reported to have said in reference to the huge reduction in Black voters, “They didn’t come out to vote for Hillary. They didn’t come out. And that was a big — so thank you to the African-American community.”

Side note – I think we can all agree by now that Hillary Clinton, 1994 Crime Bill transgressions and all, would have been a far better leader than who White people elected. I think we can also agree that Black men who either didn’t vote or decided to vote third party like stupid ass Marc Lamont Hill, let misogyny outweigh their good sense.

Have you noticed that the same rhetoric used by supremacists to deter Black voters aligns with the rhetoric of the “I’m Black and too woke to vote” crew? If your argument against voting aligns with the arguments of Russian bots, you need to sit down and re-think your entire life because it went very, very wrong somewhere.

6. For now, with this current administration, voting is the most radical thing you can do.

They don’t want you to vote – their policies, their rhetoric, their rejection of your political needs proves that. That makes voting that much more important. Have you noticed that the fervor of the Black Liberation Movement has died down since Trump has been in office? By no fault of their own, their movement doesn’t matter in the same way it did with President Obama in office because these current dummies in office don’t care, at all, they aren’t even pretending to care. However, your local politicians who need your votes to stay in office, they actually might care a little, and the way the world is going, that sliver of possibility is enough for me.

Don’t listen to what these intellectuals are telling you online, take your Black ass to vote.

The Long Awaited ‘Tha Carter V’ “FLOP” or “NOT”