A subtle name change for one of the biggest doughnut pushers in the country has spawned a rather important discussion. Let’s talk about branding! Dunkin Donuts recently announced that several of their locations were going to drop the Donuts from their name. Doesn’t seem like such a big deal, right? Wrong!

“What’s in a name?” William Shakespeare, or whoever modern day scholars are alleging him/her to be this week, asked an extremely important question! What actually is in a name? A lot. It’s more than a name. It’s a title, it’s a feeling, it’s one of the first things people know about you. True you are more than a name, but in terms of branding and “selling yourself” your name is the golden ticket. Once patron

Once patrons, customers or your core audience has associated you with a name for so long, it might be a little hard to adjust to future changes.

No longer will hungry doughnut goers say, “Hey, let’s go to Dunkin Donuts!” It will just be, “Wanna go to Dunkin?” It doesn’t have that same ring to it. More importantly, this seemingly small change can give rise to larger issues. For example, say that weary travelers are on the road looking for refreshment. Someone says, “I think there is a Dunkin’ Donuts over here somewhere, look it up?” Another passenger interjects, “But wait, didn’t they change the name?” “Will it pull up in the GPS differently?” “Who cares,” the driver pipes up, “Let’s just go to Krispy Kreme.” Obviously, that’s an extreme example, but I’m merely illustrating the reliability a name is supposed to have. Sometimes customers, whether consciously or subconsciously, do not know how to adjust accordingly to change.

We cannot forget when our dearly beloved Prince changed his name to an unpronounceable symbol, an

d the music world collectively lost their minds. In that same year, he released his first album under the symbol entitled “The Gold Experience.” Although it is one of my personal favorites, and one of his best pieces of work, it failed to chart as outstandingly as his previous albums. (But you can do what you want when you’re Prince *shrugs*)

Now I’m all for rebranding WHEN NECESSARY, but if your empire is built on an already strong brand and is thriving, rebranding can be more work than it’s worth. The rebranding also doesn’t have to be a strictly financial decision either. Prince simply rebranded himself to make a statement on how big record labels were mistreating artists.

At the end of the day, Dunkin Donuts, shortening their name to Dunkin is not a big deal in the grand scheme of things.
Yet it does make you think about the importance of brands and names. That’s what I got from it. As a writer, I often wonder what I want my “brand” to be, and if you are a content creator of any kind, it is something that you should consider cementing early. Do you want to use your real name? A pseudonym? Or will you have a plethora of brands with different names? It can seem a bit overwhelming, but it’s exciting to think about.

Everyone has a name, and everyone has a brand of some kind that they want to present to the world. With that being said, happy trails “Dunkin!” The world will continue to turn as always…….that is until I’m driving down the street and see a sign that says “Krispy” instead of “Krispy Kreme.” Don’t start nothing won’t be nothing.

Have peace in your presence

Evelyn Lozada is Allegedly No Longer with Fiancé, Carl Crawford 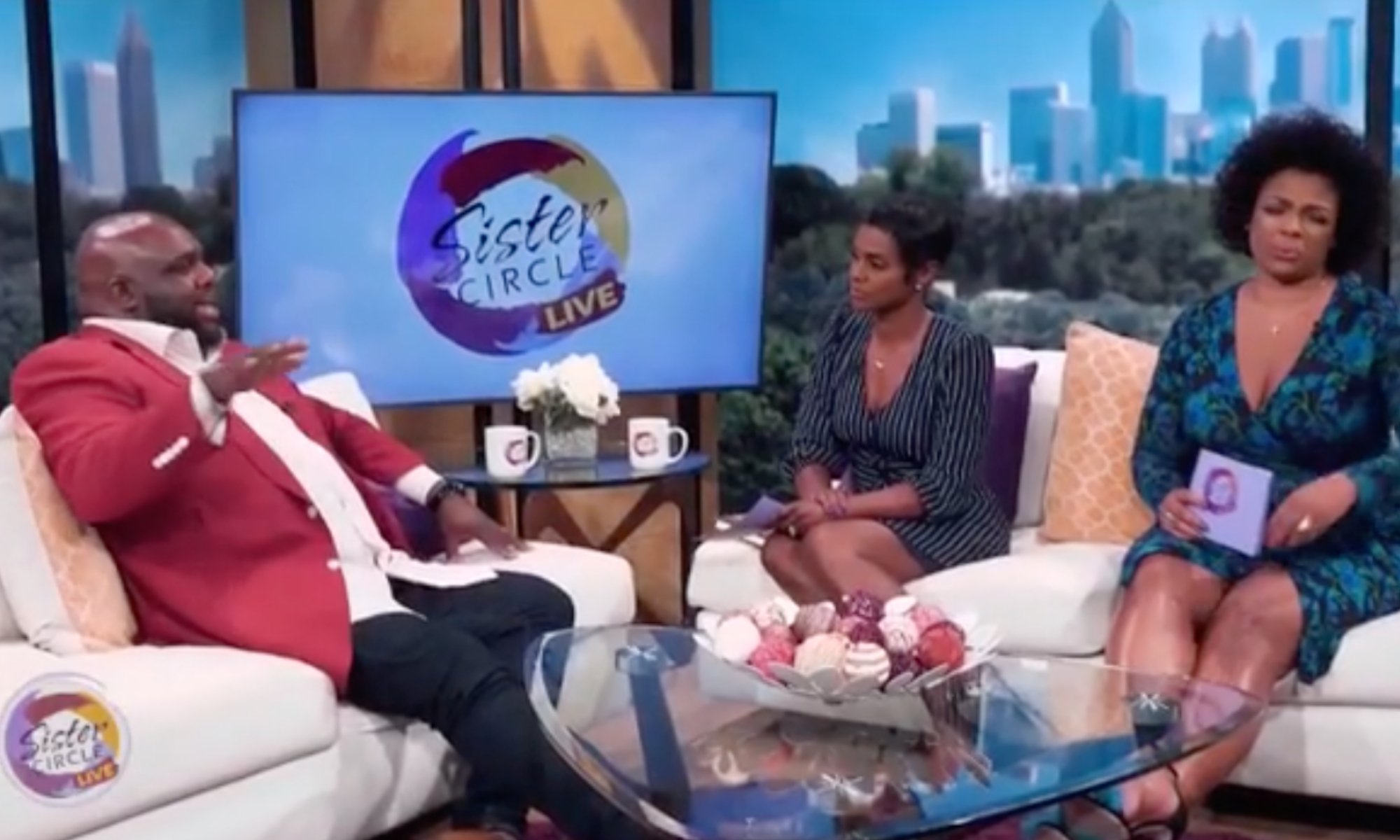 #ICYMI – Yesterday, Pastor John Gray once again broke it down as only he can. Here he talks about his relationship with his wife. #Message ??! Make sure to pick up his new book #WinFromWithin available now wherever fine books are sold. @tvonetv @realjohngray #marriagequotes #findingtherightone #faith

While looking through Twitter today, I came across an excerpt of Pastor John Gray on Sister Circle. What I saw disappointed me. A choir of sisters sat beside him advocating for women sidelining themselves to raise adult males. I was tight. Speaking about his wife, Aventer, Pastor John Gray said:

She’s a covering not a lid because if a man marries a lid she’ll stop your dream. But if you marry a covering, she’ll push you to your destiny.

To that, I say men who believe this are lids.

Women are burdened with confining gender roles that minimize the freedom women have in an oppressive patriarchal world. We are seen as lovers, maidens, mothers, queens, huntresses, sages, and mystics. Women are expected to be therapists, expert chefs, maids, and submissive to their significant others, at least in heteronormative relationships. We are expected to stay youthful, speak little, spend nothing, and be grateful for the opportunity. Not only are women subjugated to lives of servitude at their own expense, its due to the emotional immaturity of their spouses.

Men are particularly guilty of exploiting the maternal strengths many women possess. This notion that “a woman will inspire me to be my best self” is pure narcissism. Stringing women along with “I know I’m not perfect” or “I’ll make it one day” is manipulation. Judith Orloff, author of ‘The Empath’s Survival Guide’, says:

What narcissists see in empaths is a giving, loving person who is going to try and be devoted to you and love you and listen to you. But unfortunately empaths are attracted to narcissists, because at first this is about a false self. Narcissists present a false self, where they can seem charming and intelligent, and even giving, until you don’t do things their way, and then they get cold, withholding, and punishing.”

“I had to grow into her”

Empathetic people are patient to a fault and believe they can fix people with compassion. As John continued, he mentioned the pain he caused his wife because of his failure to heal himself.

My wife has endured more pain birthing me than both of our children. She has sacrificed these past 8 years, uncovering the painful areas of my manhood and covering the areas that could have exposed me.

That’s not her job! Toxic masculinity and the rejection of feminine energy has convinced men that they can wait until they’re in a relationship to deal with their baggage. While we frequently refer to this as a woman raising a man, its actually trauma bonding. Trauma bonding is when a victim and an abuser form a connection that makes it impossible to leave the relationship, no matter how much damage it’s doing. Much like the relationship between Michelle and Chad, these bonds are formed by the tactics narcissists use.

In situations like these, you just have to be prepared to say those people aren’t healthy for you. Let them go.

“My wife has endured more pain birthing me than both of our two children.” And the hosts gassing it ????? nahhhhh pic.twitter.com/J5unFKMHYF

Y’all Weren’t Going to Tell Me My Baby Was Ugly? 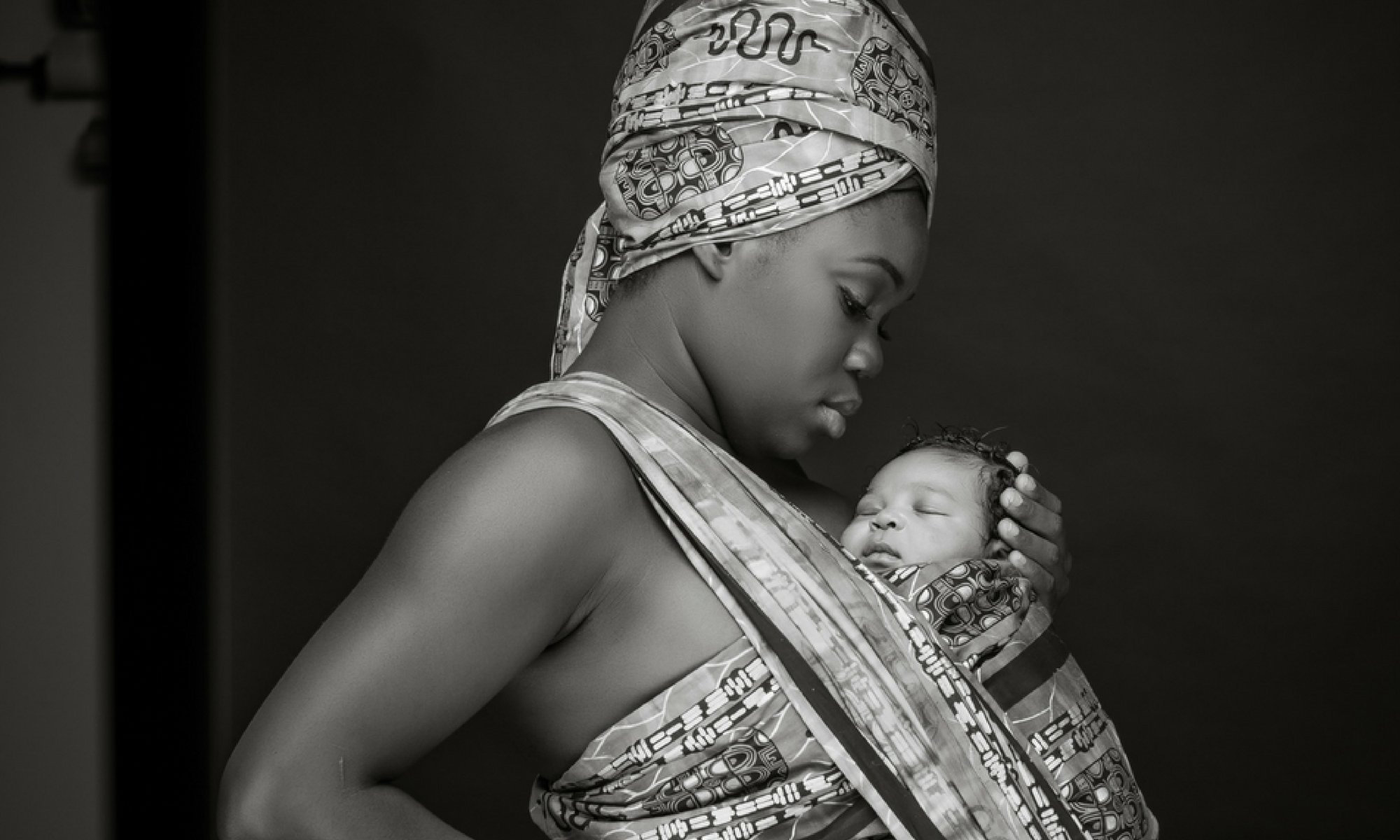 After 28 hours of labor and an extra week of pregnancy, I was exhausted. That extra week messed up all of my plans! Having a natural birth didn’t happen. My husband had to leave in less than 24 hours after I gave birth for work. My sisters that came to help, had to go home. Not to mention the lack of breastmilk for the first 48 hours. The only help I had was from my 60-year-old father-in-law who hasn’t dealt with babies in over 25 years. Moments like this made me wish my mother was still alive. The stress of the situation didn’t really give me a chance to embrace my baby and motherhood. I looked at my son, but I didn’t really look at my son. 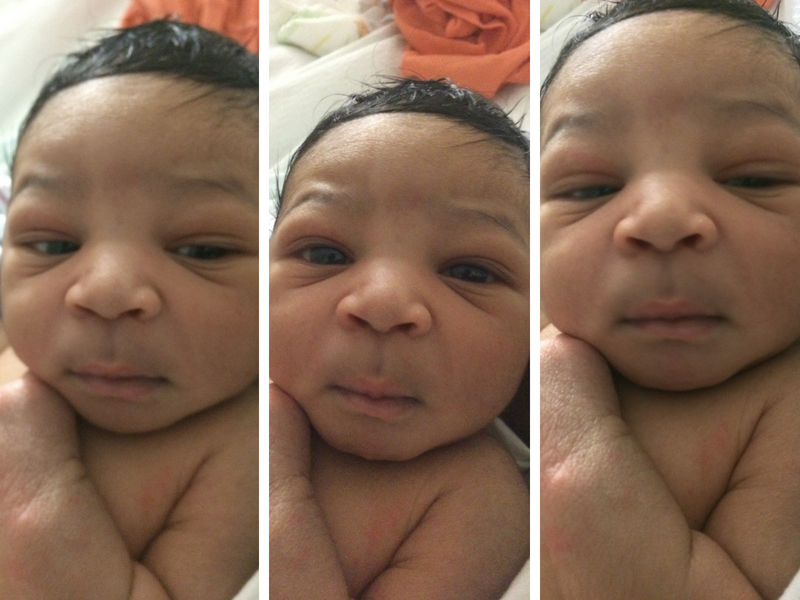 When I finally got a moment to soak in motherhood and embrace my baby, I thought something was wrong. Why does he look so old? I read overdue babies sometimes look a little wrinkly, but this was looking a little extreme. I could have sworn I saw a 5 o’clock shadow. I started to wonder if the Curious Case of Benjamin Button was happening to my child… Read the full blog at SimplyLizLove.com

Yes, Check On Your “Strong Friend,” But First, Have You Checked In With Yourself? 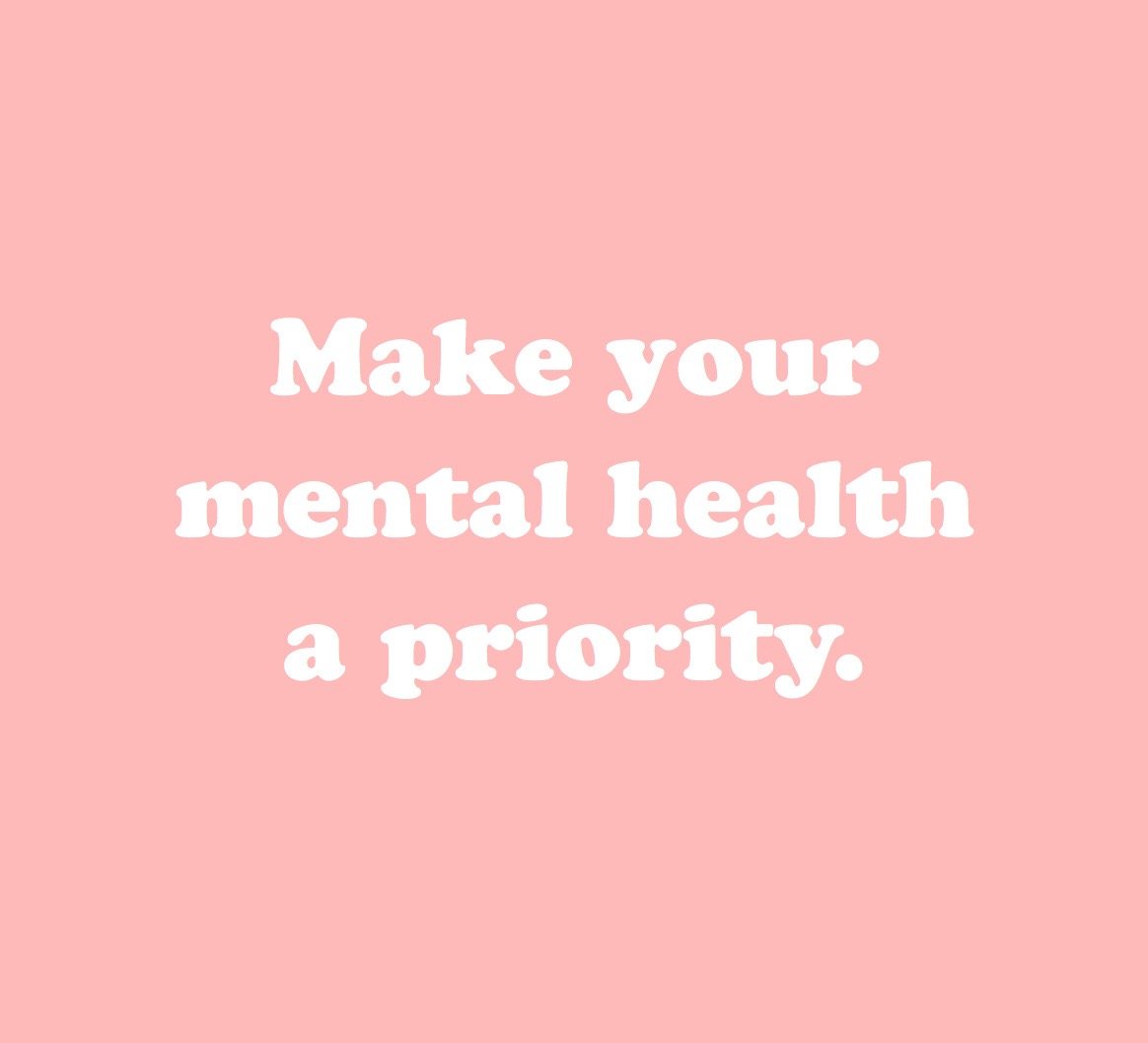 With the passing of celebrity fashion designer, Kate Spade, the dialogue around mental health and suicide prevention has re-surfaced. Also, it’s been a popular posting among social media groups and an overall cultural push in asking, “Have you checked on your strong friend? “I too believe it is important to reach out to those who would not traditionally appear to have struggled with mental health; Yet, I have a more pressing question to ask, have you checked on yourself? Too often, we become busy and caught up in everything around us and forget to take care of our own needs until we feel stressed and overwhelmed by the hustle and bustle of the world we live in.

According to the Center for Disease Control and Prevention (2010), suicide was the 16th leading cause of death for blacks of all ages and the third leading cause of death for black males ages 15–24. Additionally, although research indicates that suicidal behaviors occur at a lower rate than their high school counterparts, attempts at suicide among black high school students is increasing at an alarming rate.

Checking on friends and on those who are close to us is all fine and dandy, however, before you can be there for someone else you need to take care of yourself. And remember, it’s not selfish or crime to ask what you need, you just have to be aware of what your own needs are. 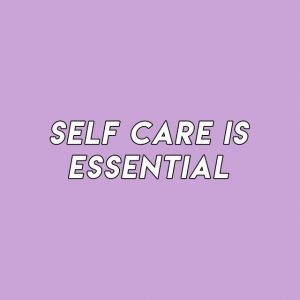 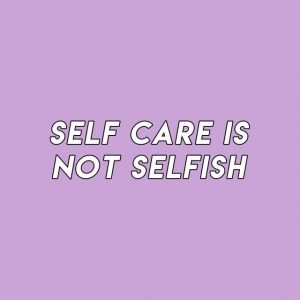 Let’s end the stigma and continue to have these courageous conversations. No one is exempt, anyone could struggle with mental health.

If you or someone you know is in crisis, there are options available to help you cope 1-800-273-8255. You can call the Lifeline at any time to speak to someone and get support. The Lifeline provides 24/7, free and confidential support for people in distress, prevention and crisis resources for you or your loved ones, and best practices for professionals.

As always, bring your ideas and thoughts, let’s have a civil conversation. I would love to hear your thoughts. Emphasis on “civil,” because the block game is S T R O N G. Find me Instagram and Twitter @TheCarterReport, as well as [email protected] I am always interested in hearing about what you all what to hear about.