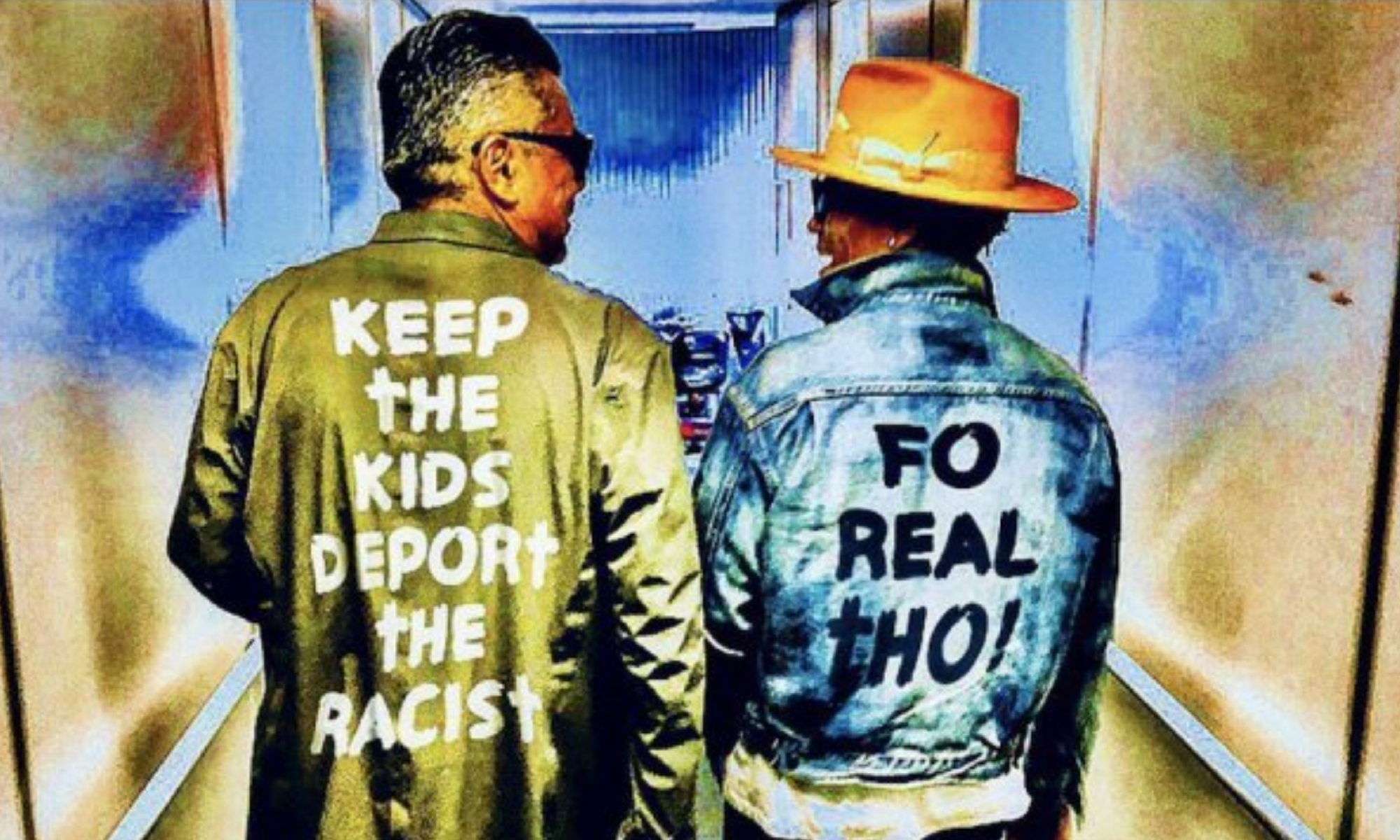 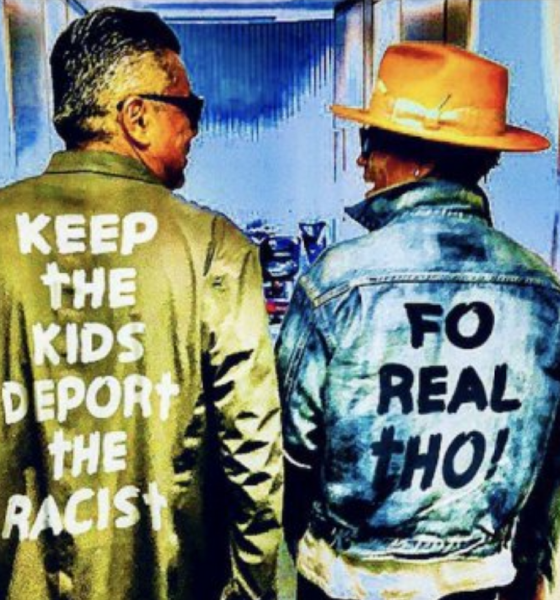 Let me start with a ‘NOT ALL WHITE PEOPLE,’ so you ignant n*ggas hear me…

A few days ago, I’m scrolling through Twitter, and I notice that someone has posted a screenshot of a Facebook post from some fool named Ivory Robinson, in which this fool implores black people to stay out of the current shit show that is the Trump administration’s policy to forcibly separate children from their parents who are seeking asylum (which means they are trying to leave some super terrible shit and end up here facing some more terrible shit) by crossing the border “illegally.” So, the parents go jail and then, presumably, back to the terrible shit they were attempting to escape from, and the children go to whatever baby prison is available, which could be as far away as New York or even my hometown, Baltimore. 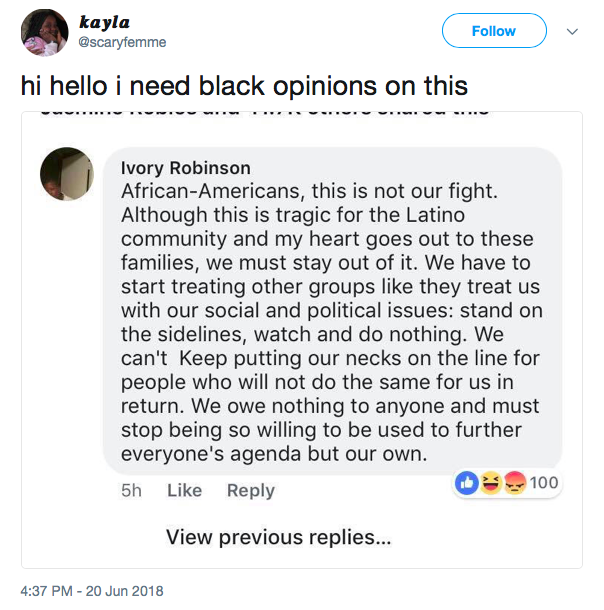 When I saw this message, I thought, surely this must be one of those Russian bot accounts because I know black people, who were ruthlessly stripped from our African tribes and history and shipped all over these United States (and honestly still to this day, racial disparity exists in child welfare systems which makes black and Native American children more likely to be removed from their home, some of which is explained by high rates of poverty in these communities, you can read more information here); surely, black people are not on Beyoncé’s internet advocating for standing idly by while Trump’s bloodthirsty administration spearheads one of the most heinous and sociopathic endeavors since they killed Jesus. Black people, if no one else, have to feel some level of empathy because we, deep down in our DNA and collective memory, understand this type of pain.

And then, it happened. This young man in my real life, who prior to this conversation I thought was of reasonable intelligence, repeated, damn near verbatim what this other young man (presumably, because I don’t know how Ivory Robinson identifies) said in his Facebook post. I had to take a step back because the sheer stupidity of what he said literally took my breath away.

This young man, father to a 5-year old, said, “Man, Mexicans wasn’t jumping out to help when police were murdering us.”

I said, “Oh, well what did you do? Did you protest? Did you even vote?”

You can imagine what happened next – stumbling over words, something about Latinos appropriating the n-word, voting doesn’t matter anyway. Wooo chile, the stupidity.

I need Black people to care, my spirit needs it, and not because we could be next, not because of other black immigrants in the diaspora that you can racially relate to. You need to care because they are got damn people. Click To Tweet

If you are one of these Black people who feel like this isn’t your fight, I don’t know what it will take to change your mind but let me offer this. First, several very smart people have put together quite a few examples of how our Latino brethren throughout history have stood as allies in the struggle. Use the search function on Twitter and educate yourself. Second, I would like to remind you that even though media are hyper-focused on placing brown faces on this tragedy, these policies have the potential to affect our Haitian, Jamaican, Guyanese, Bermudian, Nigerian, etc. brothers and sisters too. Check out Angela Rye’s podcast “On the One with Angela Rye,” episode title – DACA for Dummies released September 6, 2017 and educate yourself. Third, don’t let these mofos manipulate you. On that episode, Angela Rye plays snippets from an advertisement dating back to October 2012 meant to shape how black people view immigration. Ugh, I hate to even mention the Young Turks who are indeed trash dressed up as allies, however, this clip should be watched. I mean, it’s like what they did when they hired Bruce Carter, former Bernie staffer, to persuade black voters to support Trump or not vote at all.

And finally, n*gga, these are kids. On one hand, we, as marginalized people, have been daily traumatized by the Trump administration and their continuous assault on our freedoms. Believe me, I understand how it feels to be so righteously angry that you just want to see everything burned down to the ground. They make it so easy to forget your humanity, son. But we cannot turn into white people about this. We cannot wear our IDGAF jackets every day. 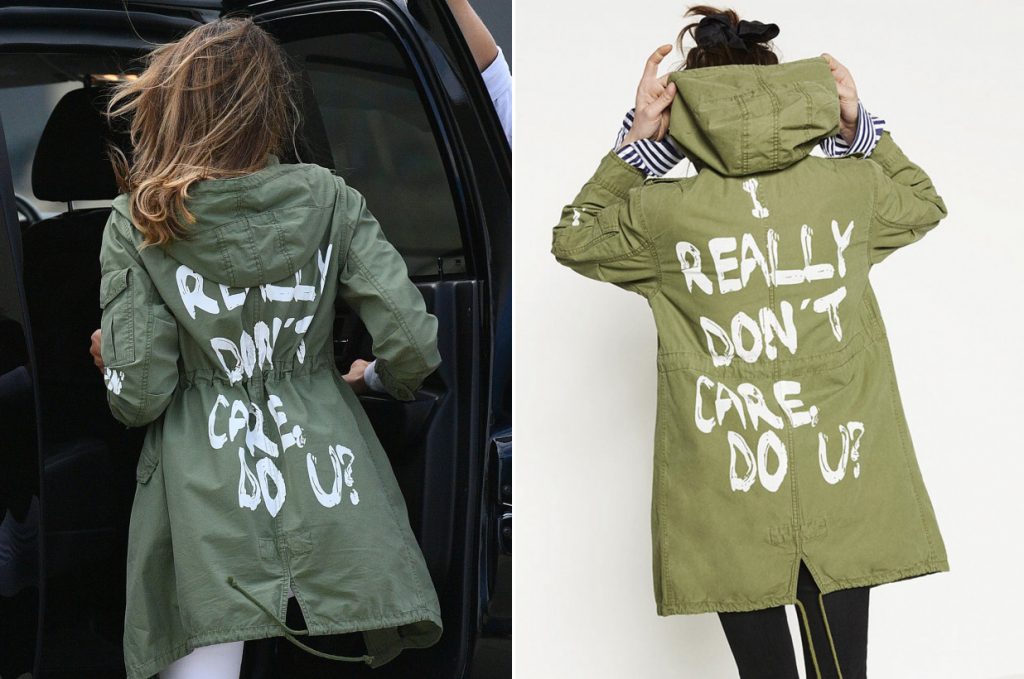 Melania Trump wears a jacket emblazoned with ” I Really Don’t Care Do U?” to visit detained children who are separated from their families as they seek asylum.

Side note: Black men, y’all, for real are going to get enough of caping for this white woman. Toure’ and Van Jones and all the rest of you looking for an angle to absolve Melania for her complicity in everything happening right now, up to and including, sliding her Slovenian arms into that jacket with that deplorable message spread across the back. Let us not forget Melania who can hardly speak English because she too is an immigrant was riding hard next to Trump when he started his “I need to see Obama’s birth certificate” campaign. She’s a terrible racist too, and she surely does not care anything about your black ass, which means, you have decided to trade in whatever credibility you have left with your core group of supporters for Melania “IDGAF about babies separated from their moms and dads” Trump. The shame.

Anyway, I need Black people to care, my spirit needs it, and not because we could be next, not because of other black immigrants in the diaspora that you can racially relate to, not because they want you to not care. You need to care because they are got damn people.

The day we turn into a white people about this shit, is the day they’ve won.

The Conflict Between Thick and Fat