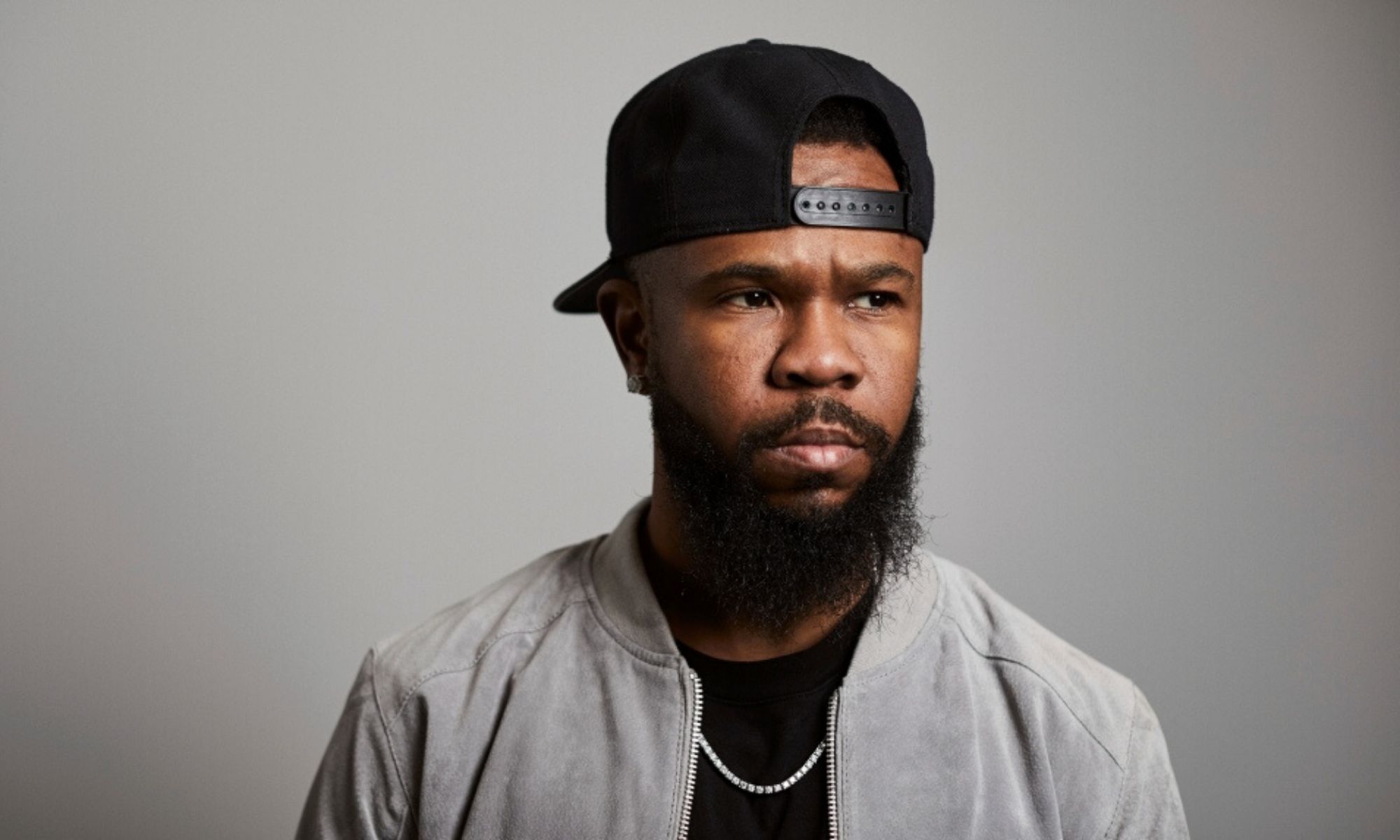 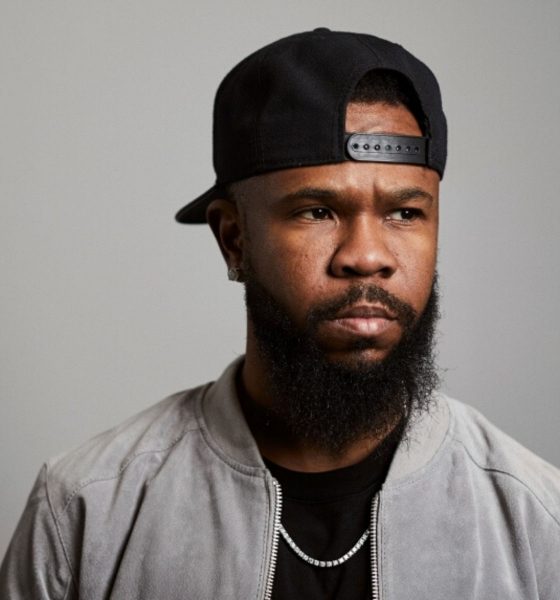 “Sienna Sauce was a runner-up in my pitch competition and I really like tracking this company,” says Chamillionaire on his personal Republic.co page. “I invested in Sienna Sauce because I back startups that have domain expertise, resiliency, and a roadmap that I believe could potentially lead to success.”

Following Crayton’s finish as runner-up in the $100K pitch competition hosted by Chamillionaire, along with Shark Tank’s Damon John and platinum rapper E40, Sienna Sauce kicked-off a crowd investment campaign on republic.co aimed at expanding the company’s business operations. Chamillionaire’s public endorsement of the budding brand honors a commitment made by the entertainer to highlight, not only the winner of the competition but also any finalists he believes has an viable business venture.

Established in April 2017, the Texas-based business is recognized for its flavorful taste and healthy-conscious approach to condiments. In 2018 and 2019, Sienna Sauce out-sauced the competition to win “Best Sauce” in the highly-coveted Sauce-A-Holic Fest. The gluten-free, 40 calories, finger-licking sauce has been stacking up wins and, more importantly, capital in several competitions. They won $25,000 on the Good Morning America show “Strahan, Sara and Keke” during their Side Hustle Showdown and another $10K from the Revolt Pitch Competition.

As former “entrepreneur in residence” at Upfront Ventures, Chamillionaire has a track record for having his hand on the pulse of great startups. His early investments in companies such as Maker Studios and the ride-sharing app Lyft are evidence of that. His endorsement of Sienna Sauce is sure to be another significant win for the rapper turned investment mogul as well as its young founder. 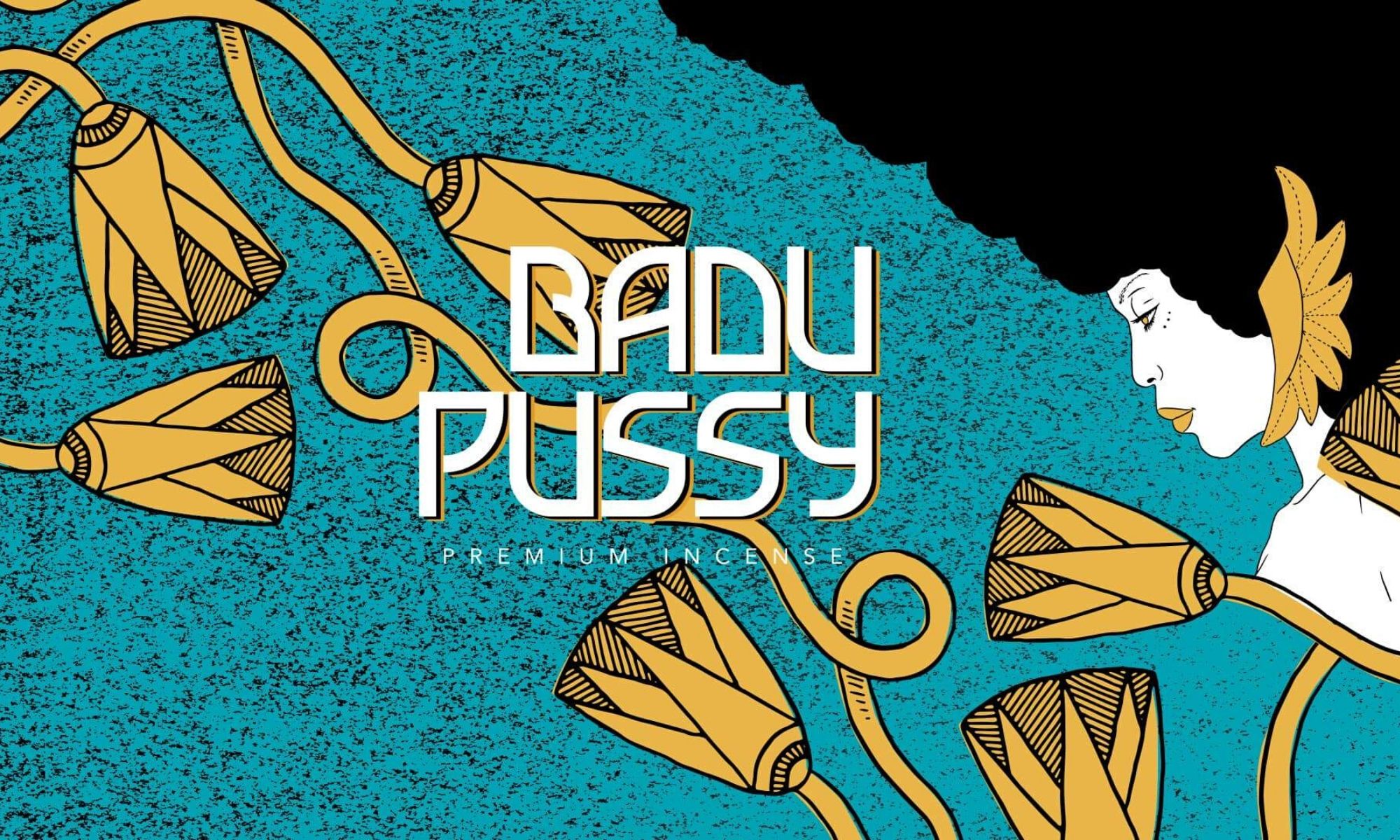 Baduizm is real and everybody wants some.

In a recent interview for 10 Magazine, Badu explained, “There’s an urban legend that my p*ssy changes men,” she said. “The men that I fall in love with, and fall in love with me, change jobs and lives.”

It seems everyone was eagerly awaiting the Badu effect because the incense sold out within 19 minutes of its release.

Badu took to her Instagram to share the news and thank fans for their support, saying, “Well guys… thank you for making our debut of ‘Badussy’ […] sell out in a matter of 19 minutes. Of course, with preorders, because I know you guys want it and you want it bad.”

Currently, it’s unclear when products will be available again, but for those lucky few able to secure the first orders “created with the ashes of Badu’s underwear. Pure resin, handmade, sun-dried. And also created with essential oils and herbs,” — they can expect their package sometime in March, according to her website.

So, were you a part of the lucky few?

The Final Fairwell for Kobe and Gianna Bryant 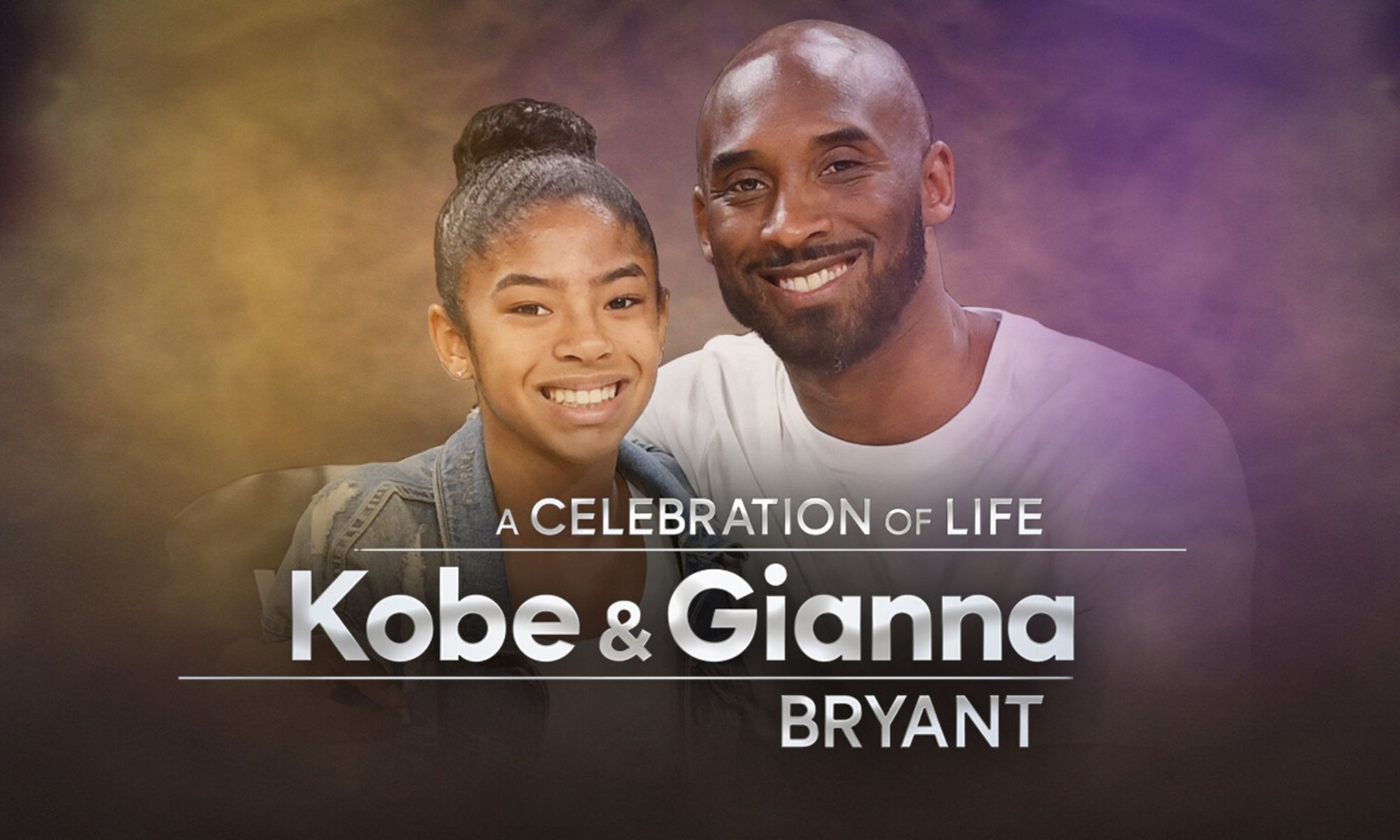 Two weeks ago, Kobe Bryant and his 13-year-old daughter Gianna Bryant were put to rest in a private burial at the Pacific View Memorial Park in Corona Del Mar.

Today, celebrities, sports legends, NBA superstars and thousands of heartbroken fans were able to pay tribute to Bryant and Gigi at a public memorial held in the House that Kobe Built, the Staples Center in downtown Los Angeles.

Hours before the doors opened, fans began to line up outside of the arena patiently, awaiting an opportunity to say farewell. At 8:30 a.m. PT the sea of adoring fans entered somberly, dressed in purple and gold Lakers jerseys and homemade T-shirts in remembrance of the former NBA superstar.

The memorial opened with Beyonce singing one of Bryants favorite songs, “XO” followed by “Halo.” In addition to Beyonce, Alicia Keys delivered a rousing performance of Beethoven’s “Piano Sonata No. 14,” and Christina Aguilera performed “Ave Maria” in Italian.

Comedian and Talk Show Host, Jimmy Kimmel fought back tears as he served as “master of ceremonies,” but it was NBA great, Shaquille O’Neal, who provided the comic relief.

O’Neal took to the stage and shared a hilarious story about the day Bryant earned his respect. “The day Kobe gained my respect, the guys were complaining, said ‘Shaq, Kobe’s not passing the ball. I said ‘I’ll talk to him. I said, ‘Kobe, there’s no ‘I’ in ‘team.” Kobe said, ‘I know, but there’s an ‘M-E’ in there mother f—er.’

The crowd responded with laughter.

However, nothing was more moving than the moment Vanessa Bryant took the stage and spoke so eloquently about her late husband and “baby girl.”

She shared, “Gianna Bryant is an amazingly sweet and gentle soul. She was always thoughtful. She always would kiss me goodnight, kissed me good morning. There were a few occasions where I was absolutely tired from being up with Bianca and Capri and I thought she had left school without saying goodbye. I’d text and say ‘no kiss?’ And Gianna would reply with ‘Mama, I kissed you but you were asleep, and I didn’t want to wake you.”

Fighting back the tears, she gave us all a glimpse into the Bryant love story.

“He was the most amazing husband. Kobe loved me more than I could ever express or put into words. He was an early bird and I was a night owl. I was fire and he was ice and vice versa at times. We balanced each other out.

He would do anything for me. I have no idea how I deserved a man that loved and wanted me more than Kobe. He was charismatic, a gentleman, he was loving, adoring and romantic. He was truly the romantic one in our relationship and looked forward to Valentine’s days and our anniversaries every year. He planned special anniversary trips and a special traditional gift for every year of our marriage. He even handmade my most treasured gifts.”

Let’s continue to keep the Bryant family in our thoughts and prayers. R.I.P to the eternal #GirlDad! 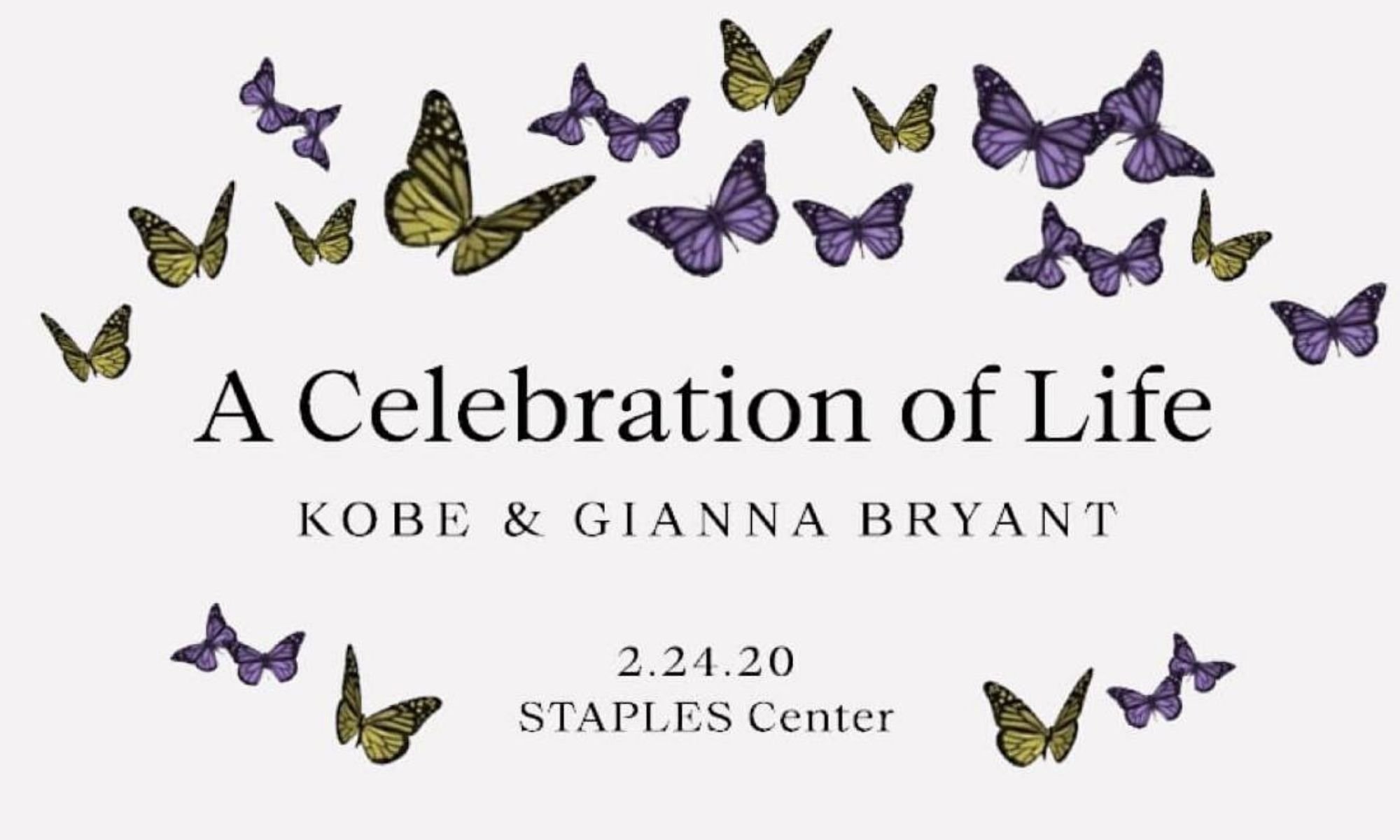 TIDAL is honored to bring the Celebration of Life for Kobe and Gianna Bryant to fans across the globe via livestream.

Members and non-members alike will be able to tune-in starting at 1:00 PM ET/10:00 AM PT on Monday, February 24th on TIDAL.com/celebrationoflife