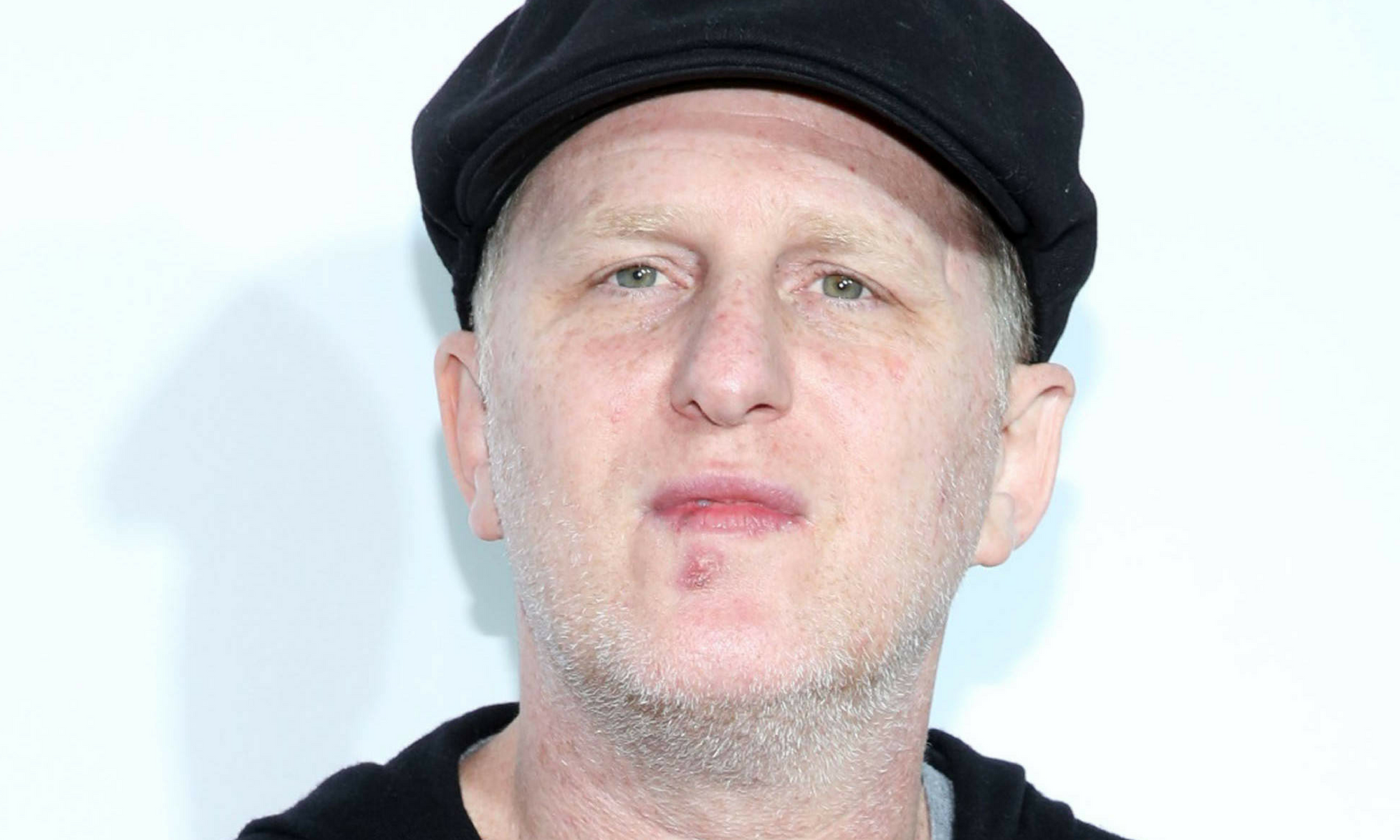 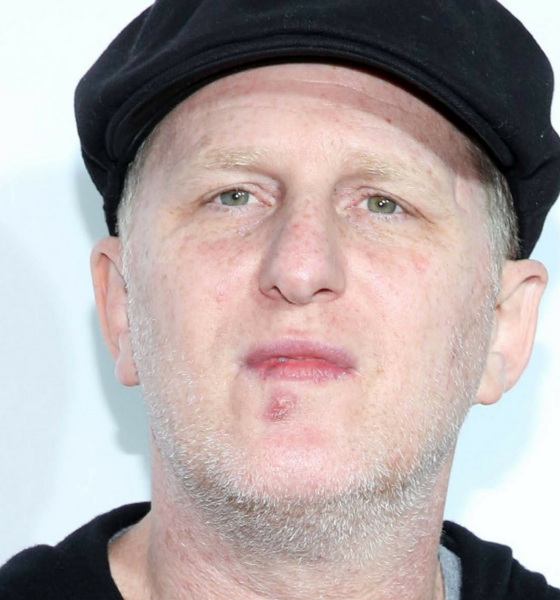 Whites Gon’ White: Interloper Michael Rapaport Is Back to Telling Black People When and How to Resist

One of the many things I both love and abhor about Black people is our penchant for letting any and everybody into our culture. One feature on a rap song, a #BlackLivesMatter tweet, or a cute 90s-inspired bop are all it takes to receive the illustrious invite to the proverbial “cookout.” And no matter how many times our alleged allies disappoint us (because they always do), we continue to keep the gate open.

One of the many things I both love and abhor about Black people is our penchant for letting any and everybody into our culture. Click To Tweet

And when you leave the gate open, the trash will blow in – the trash in this instance being Michael Rapaport. ‘Who dis white man,’ you ask? If you dig deep, deep, DEEP into your memory bank, you may remember him making cameo appearances in some of your favorite Negrodian films. I specifically remember him as Remy, the racist-outcast-skinhead-murderer in Higher Learning. At some point, Black people adopted Rapaport, perhaps for his affinity for Hip-Hop culture and music? He did direct the critically acclaimed HBO-documentary about popular rap group, A Tribe Called Quest. That’s my best guess because for the life of me, I have no earthly idea when or why he got tossed in the mix during the draft.

What I do remember, however, is Michael Rapaport’s tweet directed at Black football players who decided to kneel in protest to bring attention to high instances of police brutality faced by marginalized communities.

So, in today’s Whites Gon’ White news, Michael Rapaport is trending for being all in the Kool-aid without knowing the flavor. This past Super Bowl Sunday when Black people (rightfully so) were minding their own damn business on Twitter and remembering all the great things Janet Damita Jo Jackson has done for the culture and entertainment using the hashtag #JanetJacksonAppreciationDay as a form of resistance against the halftime performance of newly White-ified Justin Timberlake, Rapaport hopped his ass on the hashtag to not only disparage Janet Jackson, but to insinuate that people (meaning Black people because we were the main ones frustrated) need to stop making everything an issue. As if everything ain’t already an issue when it comes to Blackness. 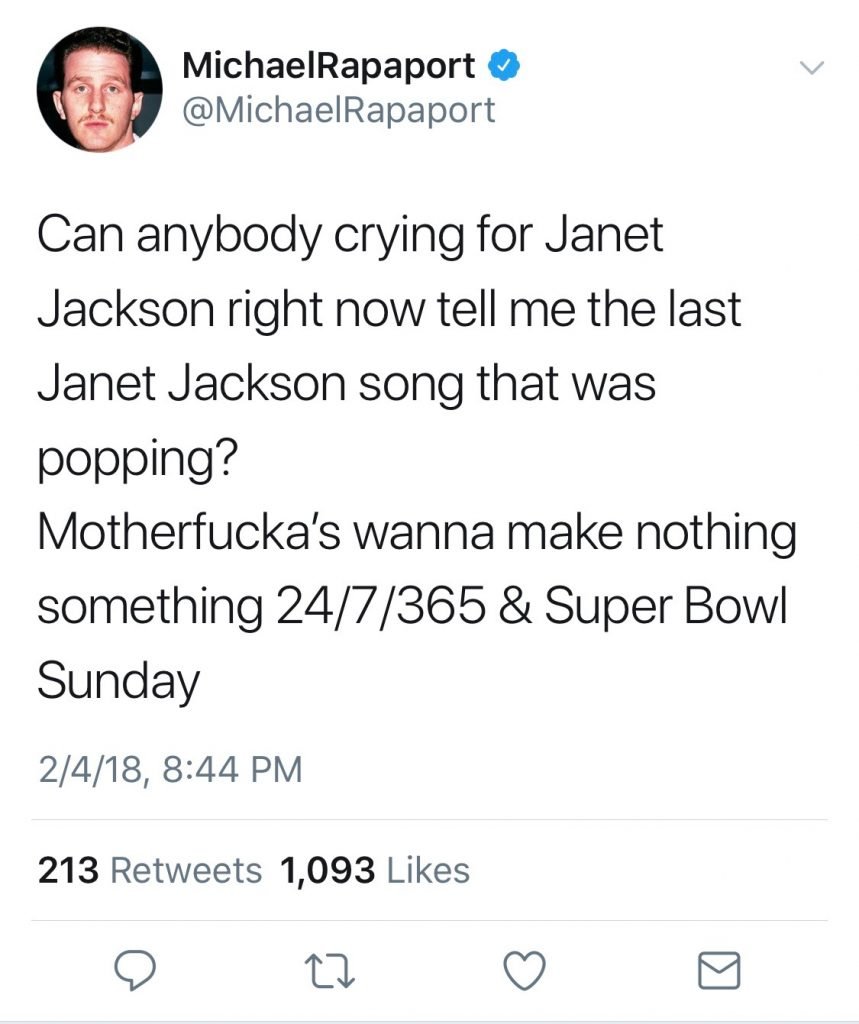 And the MOST frustrating thing of all is that Rapaport could have said nothing. He could have muted the hashtag and kept right on tweeting about the game and his love for his White homeboy Justin. Shutting the fuck up is free, always has been, always will be. But oh no, that’s too much like right. God forbid, a White man, walk by a moment where he and his whiteness are not centered. He saw that Black people, particularly Black women (catch) were having a good time on Twitter, and he felt obligated to come in like the White, wet blanket that he is.

God forbid, a White man, walk by a moment where he and his whiteness are not centered. Click To Tweet

Fuck you, Michael Rapaport and your bad skin and your wide, crooked nose.

Monique responds with receipts regarding her deal with Netflix