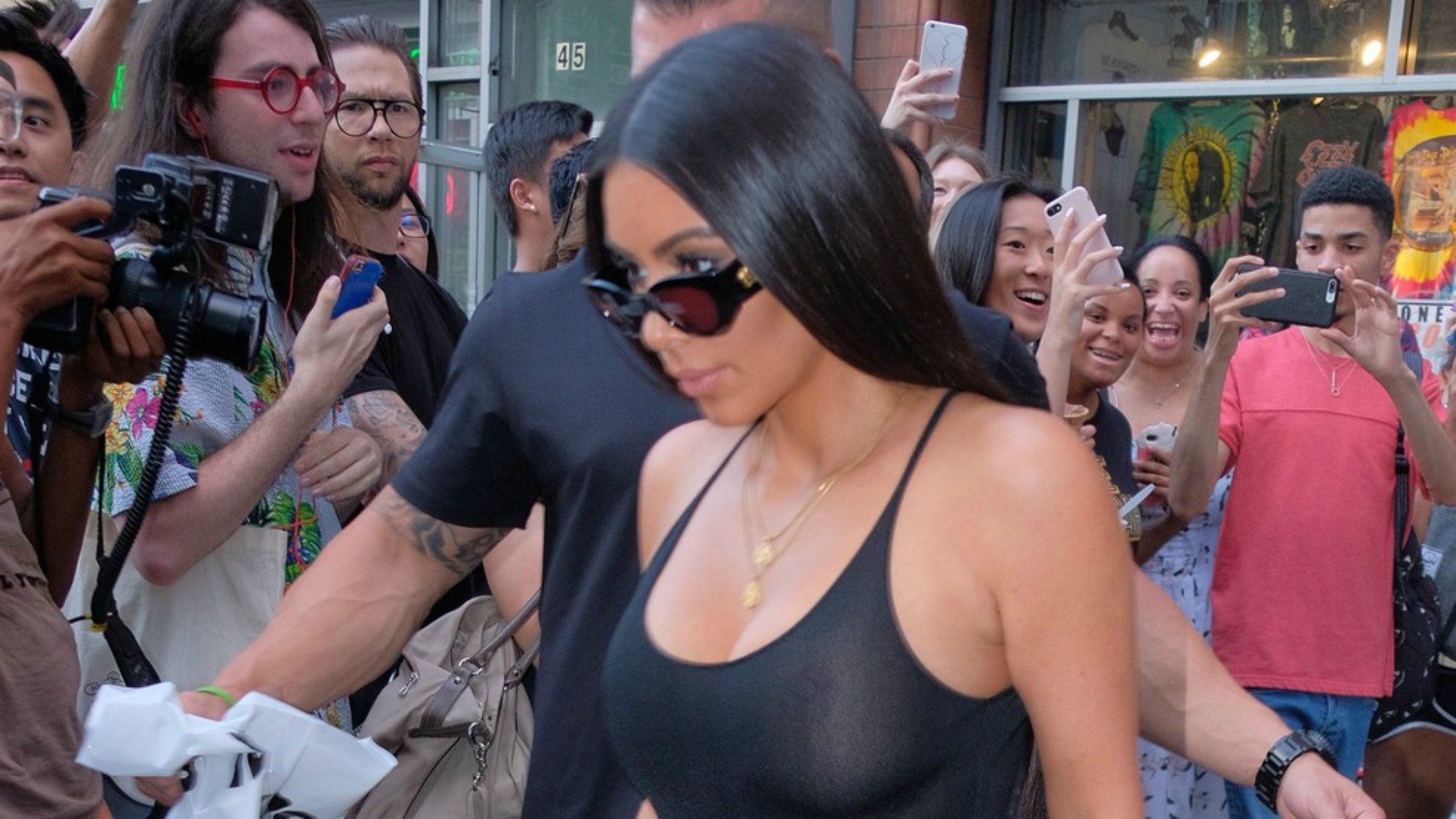 Why Kim Kardashian West Should NOT Get a Pass….

This past week, social media queen and ‘Keeping Up With the Kardashian’ star Kim Kardashian West posted a video on Snapchat where she basically chastised her fans and followers who were dragging makeup vlogger Jeffree Star after he commented on Kardashian West’s makeup swatches. Commenters came for Star regarding racist remarks he has made towards other minority Youtubers as well as comments made about African-American and Latina women in general. In response, Kardashian West fired back telling everyone to “get over it”, “let him live” and “to stop being negative”. Of course, true to celebrity-foot-in-mouth-form, she later posted another video apologizing for suggesting that people get over issues they might have with Star’s racist comments or his racist “past”. She stated that she was naive. Since then I’ve seen many people, fans and impartial bystanders alike, saying that she’s “just dumb” and that her apology was appreciated. But why? Why does it feel like people are giving her a pass?

Let’s go back and break this all down, in her apology Kardashian West called herself naive, stating she “defended a situation yesterday that I didn’t know enough about”. Being that she spends so much time on social media and that her fans were quick to bring Star’s past to her attention this time, one could only assume that Star’s problematic, racist comments had been brought up to her on other occasions. For example, like this past June when Kardashian West posted pictures of all the makeup who’s who that was invited to her KKW launch party, which Star attended, and coincidentally left out tagging Jackie Aina, an African-American vlogger, and makeup guru. 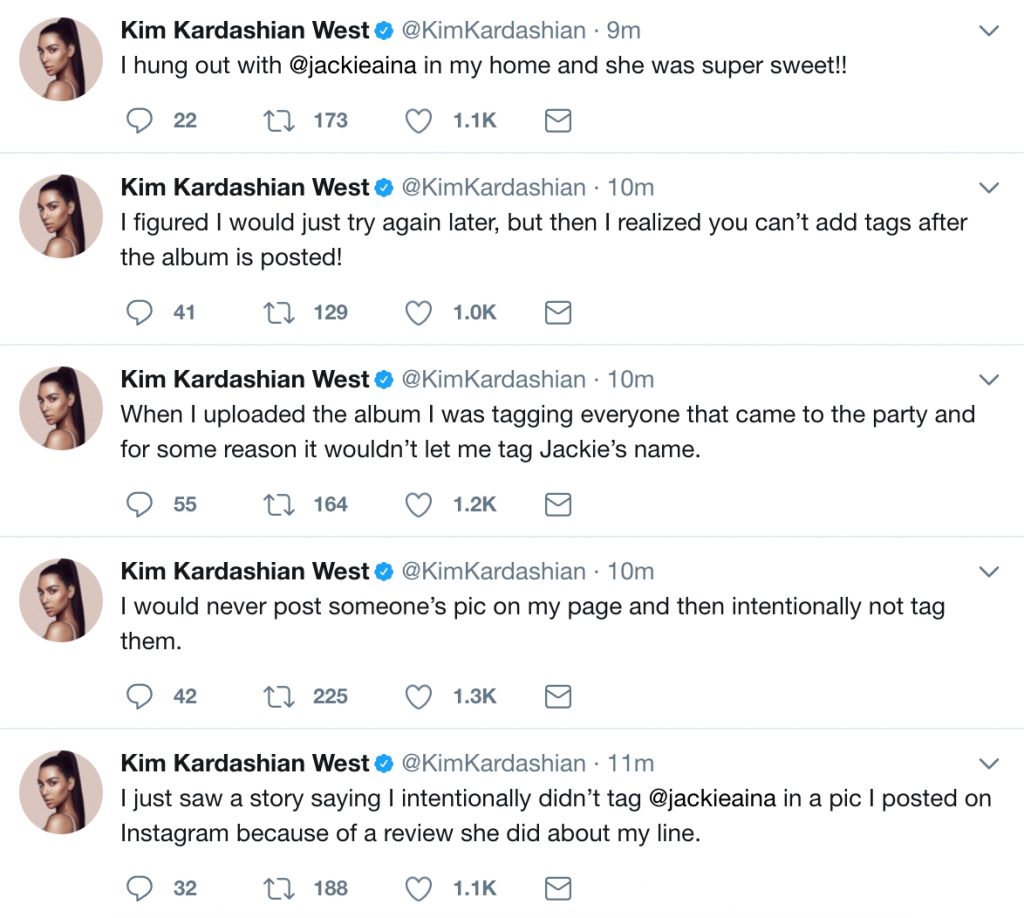 Twitter went crazy. Especially given the fact that earlier that month Aina and Star got into a social media beef. The issue started when Aina posted an anti-haul video explaining how she would not support Star given his racist comments. Kardashian West later issued a pseudo apology/explanation for the alleged shade in not tagging Aina. I find it hard to believe that no one explained the correlation between the missed tag for Aina 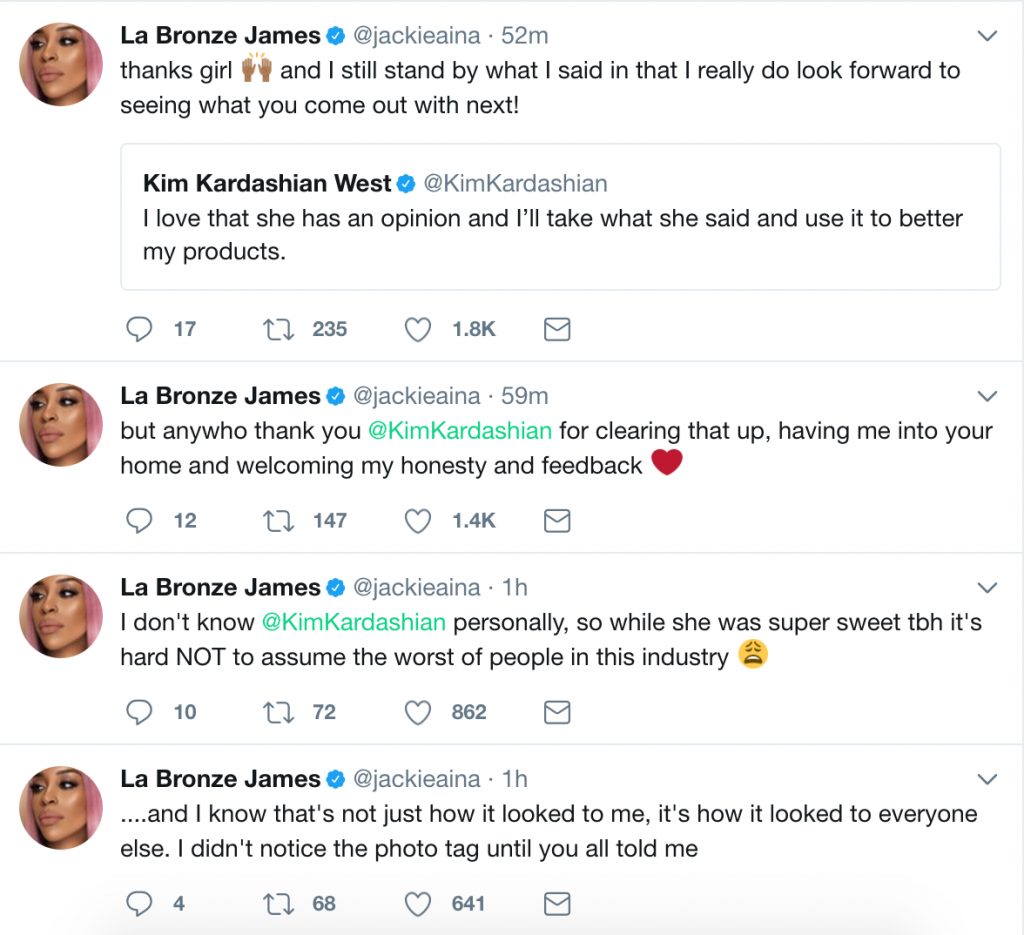 and the beef Star had with Aina. Nowhere during that time did anyone make mention of Star’s racist comments as it played into the situation?!

Further into her apology video, Kardashian West goes onto say that she “just wants to move forward and be positive”, after all, like she stated in her original video defending Star, she “believe[s] in people changing and people that apologize, I will give them the benefit of the doubt” especially since Star was just being “negative”. Kardashian West knows all too well the difference between someone making negative remarks and someone making racist remarks.

In 2014, during an episode of ‘Keeping Up With the Kardashians’ while on a plane ride home with then 1 year-old daughter, North West, another passenger verbally attacked the pair telling Kardashian West to “shut that BLACK baby up!” and continued to call her out for being a black guy and having sex with one on tape. I wonder if this passenger made a blanket apology on social media a la Star would Kardashian West be willing to “get over it” and give that passenger the “benefit of the doubt” for her tirade against a baby, I don’t think so. This event came after a man at the Vienna Ball approached her in blackface.

These events contradict the idea that Kardashian West would be “naive” but that word was used as her shield, coupled with the fact that she is married to an African-American man and has two biracial children with him, against the idea that her words were that of a woman nestled deep in the bosom of white privilege. And I know that everyone is going to say SHE’S ARMENIAN, yes but the life she’s lived has been one of white privilege. In a 2014 blog post, Kardashian West admitted that “before I had North, I never really gave racism or discrimination a lot of thought. It is obviously a topic that Kanye is passionate about, but I guess it was easier for me to believe that it was someone else’s battle”.

With all of this being said the woman defending Jeffree Star and the woman who has not only experiencing racism but acknowledges it as a conversation within her home as she raises black children, doesn’t seem to be one in the same. Kim isn’t naïve to racism nor the situation and drama surrounding Jeffree Star, nor has she been. I didn’t know who he was but a simple click of his name on any social media platform

will bring up his racist tirade video and screenshots of his racist comments. So let’s not pretend that Kardashian West had no idea. She should have gotten on her video and simply said what it was, that she’s trying to break into the makeup game and needs certain allies so she chooses to break bread with Star. The fact that her fans and followers are coming for him might make it seem like she is guilty by association when she really wants to overlook his issues for the sake of a dollar.

As of right now, there are African-Americans that will continue to support the Kim Kardashian West brand like many have chosen to still support Jeffree Star, which they are free to do but we need to stop granting excuses. It took Jeffree Star almost two decades to develop his mindset so it would stand to reason that it would take just as long if not longer to uproot and reprogram his ideologies towards people of color if it’s even possible to rehabilitate someone like Star or those who participated in the Alt-Right rally in Charlottesville. Kim Kardashian West will still deal with Star and people like him because she isn’t black, regardless of those she goes home to, she’s a woman who is comfortable saying this isn’t her battle and bending over (no pun intended) for a coin.

But next time Mrs. Kardashian West, save the apology, think of your beautiful BLACK children and think before you speak.

Do you think Kim Kardashian meant well with her apology or was she just saving face?