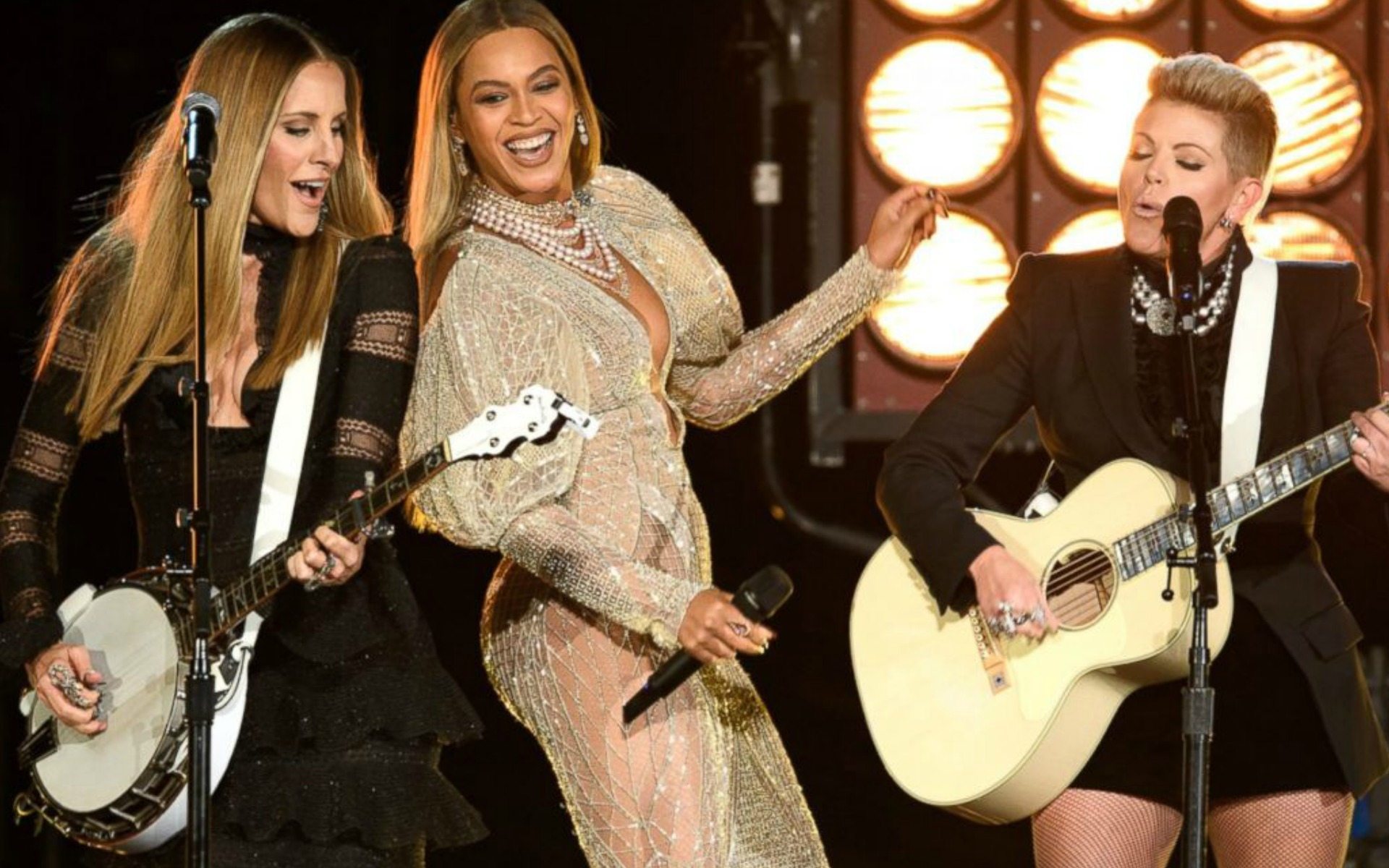 Beyonce’s Reclamation: The Blackness that Helped form Country Music Should Not Be Erased

Beyoncé had a lot of these cousin-marrying racists so angry with the performance of her heavily country-influenced song called Daddy Lessons. Honestly, die-hard country fans (I’m still shocked to know that’s even a thing) were angry that she decided to create Daddy Lessons in the first place.

They were saying “stay in your own genre, Beyoncé.” This is really ironic because according the the Chicago Tribune country music was born out of the combination of ‘the ballads and folksongs brought to the South by immigrants from the British Isles in the 18th and 19th Centuries and the rhythmic influences of African immigrants” So what are you idiots talking about, when you tell us to stay out of your genre? You mean the one we helped create? Im not about to let you steal yet another piece of culture (like Elvis did his whole career) and not credit, accept the people who helped create it.

Embed from Getty Images
Now, if we use this same “stay in your own genre” logic in rap music, no white person would be creating hip-hop. It was because of the oppression that whites put on blacks that Hip-Hop was born. Yet, even through that we have no problem with whites using their voice in Hip-Hop as long as they fully understand the movement and are culturally sensitive.

Even the very instruments that you use to play your nasally-ass anthems has our name on it. The Tribune also informs us that “The banjo, which mimics the banjar played in Africa, was invented by Southern blacks in the late 1690s. Slaves also played the fiddle, which was introduced to them by their white masters.” So what’s the goddamn tea? Don’t claim Beyonce is supposed to stay out of a genre that her ancestors helped create. Just because whites were at a socioeconomic level to create rules for intellectual property and profit off of those ideas, doesn’t mean that blacks don’t have a right to their own shit.

Now, if we use this same “stay in your own genre” logic in rap music, no white person would be creating hip-hop. It was because of the oppression that whites put on blacks that Hip-Hop was born. Yet, even through that we have no problem with whites using their voice in Hip-Hop as long as they fully understand the movement and are culturally sensitive.

The fact that Beyoncé invited the Dixie Chicks to perform with her, is also another slap in the face that conservative whiteys couldn’t handle. They already shaded the Dixie Chicks for their democratic views and their critiques of Donald Trump, so for her “cop-hating” ass to perform a song they didn’t like with a group they’re not fond of was complete shade and I live for it.

Tomi Lahren’s idiotic, blimp shape head ass went to twitter to imply that Beyoncé hates cops. I never understood why it’s so hard for these dog-kissing, primitive ass confederate flag flyers to realize that the true essence of the Black Lives Matter movement is to combat police brutality. Just because I don’t agree with the senseless slaughter of my people by cops, doesn’t mean that I don’t appreciate those cops who truly protect and serve. It’s really not a difficult concept.

But as usual, a lot of egotistical, racist white people don’t like it when all the attention is not on them. So if it’s a social justice movement, or a genre of music they’ll only want the whiteness of it highlighted. This, of course, promotes the age-old trend of blackness being erased or appropriated for profit.

Related Topics:BEYONCÉCMAsCountry Music
Up Next