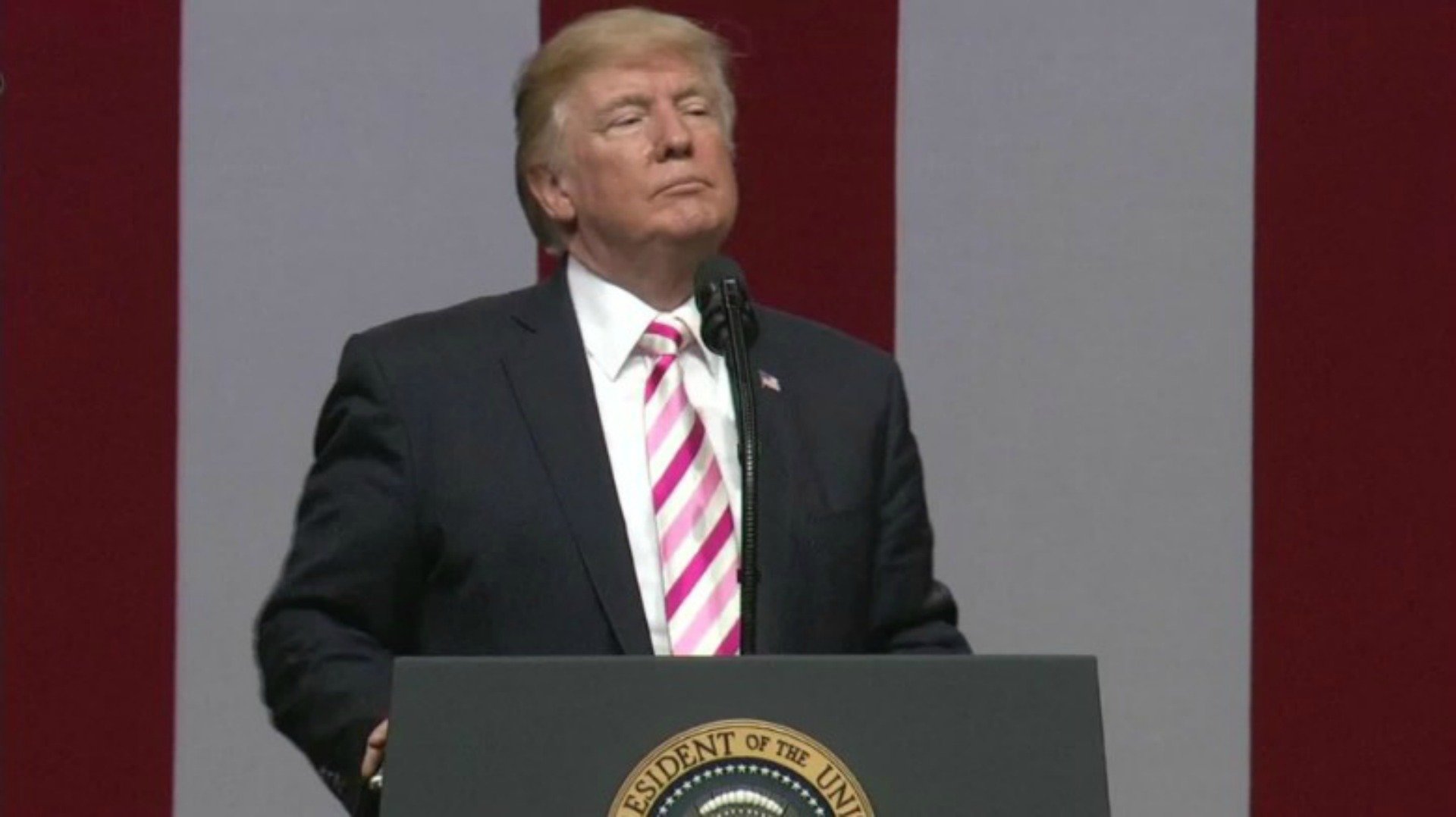 Trumps Wants NFL Owners to Fire Players Who Protest “Get that son of a b*tch off the field right now.”

This past Friday evening at a rally for Alabama Republican Senate candidate Luther Strange, Donald Trump, aka #45, stated that team owners should fire all players that taking a knee or participate in another form of protest during the national anthem.

In reference to former San Francisco 49er Colin Kaepernick, Trump went on to say that NFL owners should respond by saying, “Get that son of a bitch off the field right now, he’s fired. He’s fired!!”

Last year, Colin Kaepernick drew attention when he refused to stand for “The Star-Spangled Banner” at the beginning of the game.

“I am not going to stand up to show pride in a flag for a country that oppresses black people and people of color,” Kaepernick stated August 2016 to NFL media outlets.
Following Trump’s comments, NFL Commissioner Roger Goodell slammed Trump’s criticism of the NFL players protesting. Goodell stated,

“The NFL and our players are at our best when we help create a sense of unity in our country and our culture. There is no better example than the amazing response from our clubs and players to the terrible natural disasters we’ve experienced over the last month. Divisive comments like these demonstrate an unfortunate lack of respect for the NFL, our great game and all of our players, and a failure to understand the overwhelming force for good our clubs and players represent in our communities.”

However, Trump didn’t stop there, he tweeted to uninvite NBA champion, Stephen Curry. This comes a day after Curry stated on Friday that he didn’t want to take part in the traditional White House visit that league champions make.

So basically Trump uninvited someone who already said they weren’t coming…smart.

By Saturday afternoon, athletes and entertainers alike were over it and began to speak out. Sean ‘Diddy’ Combs, Kobe Bryant, LeBron James, Chris Paul, John Legend and Stevie Wonder, to name a few, responded to Trump’s remark. James tweeted that Trump is a “bum”.

U bum @StephenCurry30 already said he ain't going! So therefore ain't no invite. Going to White House was a great honor until you showed up!

Even NFL owners spoke out criticizing Trump’s remarks including 49ers CEO Jed York calling his comments “callous and offensive” and “contradictory to what this great country stands for,” 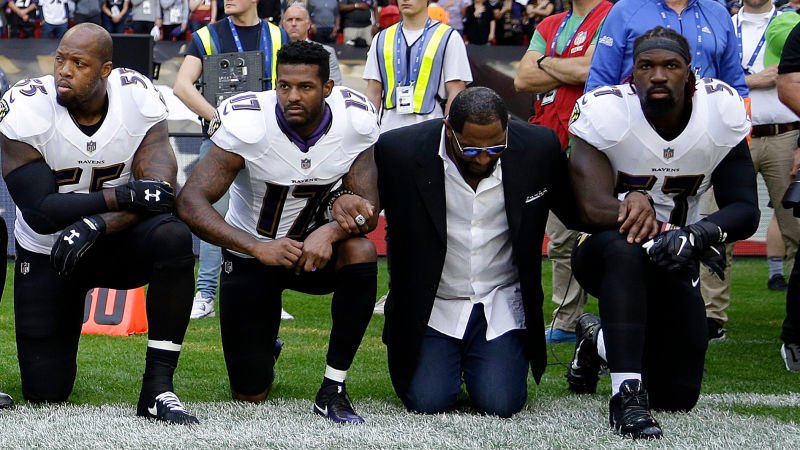 Today, at the start of the first NFL game, members of the Baltimore Ravens and Jacksonville Jaguars sent a powerful message when the majority of their players, including Ravens Coach John Harbaugh, linking arms and a number of others took a knee.

This includes Ravens Hall of Famer Ray Lewis and Jaguars owner Shahid Khan who donated to Trump’s inaugural committee. Khan is the second owner to join the protest after Cleveland Browns owner Jimmy Haslam stood on the field and locked arms with players, military personnel and first responders in Week 1 of the 2017 season opener.

After almost a year in office, Trump has finally done something positive, he appears to have united NFL players and owners as well as given someone the courage to flash a light in front of Ray Lewis so that he could finally escape the Sunken Place.