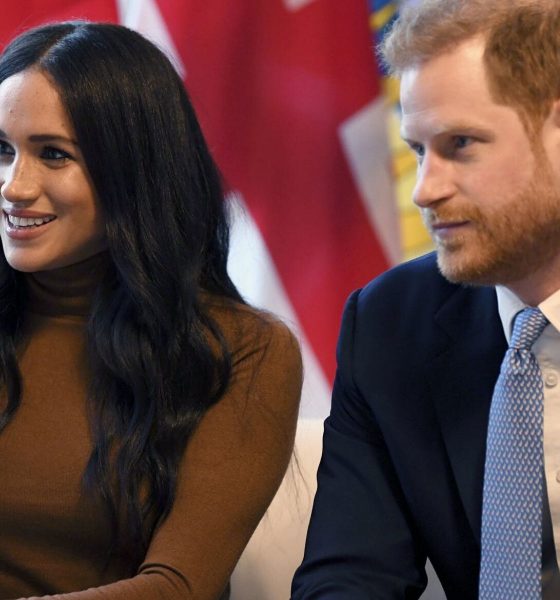 In a statement released on their website Wednesday, Prince Harry and Meghan Markle, Duchess of Sussex, have announced they are stepping away from their roles as “senior royals” in order to focus on their family and “the next chapter, including the launch of [their] new charitable entity.”

Meghan has also spoken about the difficulties of being a public figure, particularly as the first American royal and the first Black royal. When asked about the impact the pressure has had on her, Meghan spoke of feeling “really vulnerable” and thanked the interviewer for asking if she was ok because “not many people have.”

In their statement, the royal couple expressed a desire to become financially independent while maintaining residency in both Britain and North America. Reports have suggested their North American location will be in Canada, a commonwealth nation, while their British home will remain at Frogmore Cottage. “Frogmore Cottage will continue to be the property of Her Majesty The Queen. The Duke and Duchess of Sussex will continue to use [it] – with the permission of Her Majesty The Queen – as their official residence as they continue to support the Monarchy, and so that their family will always have a place to call home in the United Kingdom.

“We look forward to sharing the full details of this exciting next step in due course… Until then, please accept our deepest thanks for your continued support.”

The office of the queen, Buckingham Palace, released a brief and noticeably lukewarm statement in response to this unexpected announcement saying “discussions with The Duke and Duchess of Sussex are at an early stage. We understand their desire to take a different approach, but these are complicated issues that will take time to work through.”

The Palace’s comment raises eyebrows as it frankly suggests that neither the queen nor Princes Charles and William – the two in line to the throne – were consulted prior to Harry and Meghan’s decision. While they are not the first royals to step away from their official duties, they are the highest in the line of succession. In November amid the fallout of his disastrous interview addressing his relationship with convicted pedophile Jeffrey Epstein, Prince Andrew stepped down from his working duties.

Read Harry and Meghan’s full statement as well as Buckingham Palace’s statement below:

Their Royal Highnesses, The Duke, and Duchess of Sussex*

“After many months of reflection and internal discussions, we have chosen to make a transition this year is starting to carve out a progressive new role within this institution. We intend to step back as ‘senior’ members of the Royal Family and work to become financially independent while continuing to fully support Her Majesty The Queen. It is with your encouragement, particularly over the last few years, that we feel prepared to make this adjustment. We now plan to balance our time between the United Kingdom and North America, continuing to honour our duty to The Queen, the Commonwealth, and our patronages. This geographic balance will enable us to raise our son with an appreciation for the royal tradition into which he was born, while also providing our family with the space to focus on the next chapter, including the launch of our new charitable entity. We look forward to sharing the full details of this exciting next step in due course, as we continue to collaborate with Her Majesty The Queen, The Prince of Wales, The Duke of Cambridge, and all relevant parties. Until then, please accept our deepest thanks for your continued support.”

*While the above is the official statement from The Duke and Duchess of Sussex, the “Media” section of their website sussexroyal.com shares information regarding how their relationship with the media will evolve to reflect their new work roles. Visit sussexroyal.com/media/ for more details.

Statement on Discussions with The Duke and Duchess of Sussex

“Discussions with The Duke and Duchess of Sussex are at an early stage. We understand their desire to take a different approach, but these are complicated issues that will take time to work through.”

Related Topics:Meghan MarklePrince Harry
Up Next