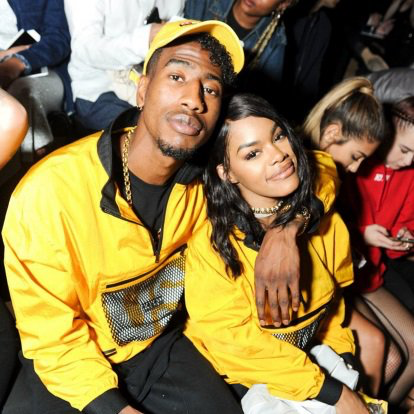 Remember Teyana Taylor and Iman’s Breakfast Club interview where they talked about threesomes being a norm in their marriage and the rules thereof.

Six months ago, Teyana Taylor and Iman Shumpert went on a Jumpoff Press Tour. The couple went from station-to-station telling all their bedroom secrets. Now, Teyana has gone radio silent. With her Instagram deleted, rumors are swirling that Teyana ditched the platform because their plaything posted photos of her “lifetime gift.”

We all know Teyana and Iman like to add a special guest to their bedroom every now and then, but Teyana has stated they have rules. One rule, in particular, is that Iman is never allowed to “finish” with the other woman. So how did this happen? Well, according to Teyana, it didn’t. Unable to remain silent, Teyana has taken to Twitter to debunk the rumors of an extra-marital child.

The interview infamous “Dora the Explorer” interview was July 2018, meaning Alby Rydes would have been well into her pregnancy. Alby has come forward to debunk the rumor as well stating:

“I refuse to entertain fake rumors. Life is too big and time is too short to get caught up in empty drama… BUT to protect my energy I have to respond. Whoever is spreading these rumors just know ITS FAKE NEWS AND IT AIN’T HIS BABY.”

Now if they say it isn’t true, it isn’t true. But the court of public opinion says Teyana is just trying to save face.

What do you think?