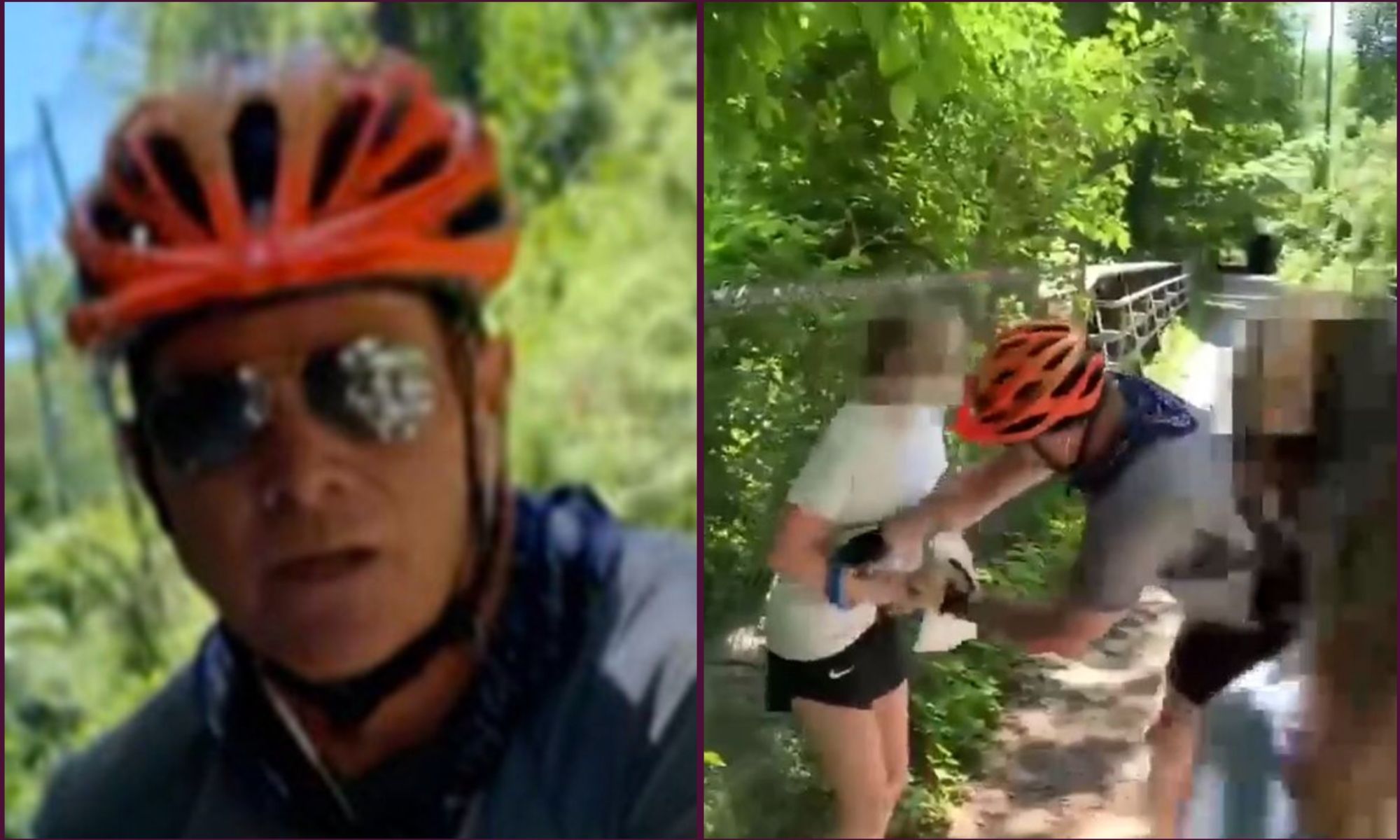 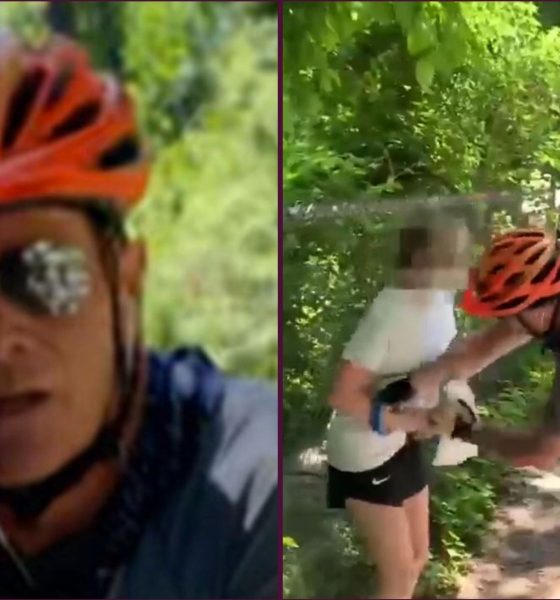 Maryland-National Capital Park Police are looking for Flyer-Snatching Frank after he was caught on camera taking signs honoring George Floyd.

The biker angrily walked towards a child at the Capital Crescent Trail, snatching an object from her hand. In the video he grabs a hold of her wrist and forcible takes the object from her. Then he takes his bike and tries to hit the person recording with it.

Even as bystanders yell at the man to leave them alone their cries have fallen on deaf ears. Now the police are getting involved.

There were rumors on social media that the man was a former MCPD employee but the department came out and said that is not true.

George Floyd’s GoFundMe Breaks the Record for Most Donations Ever