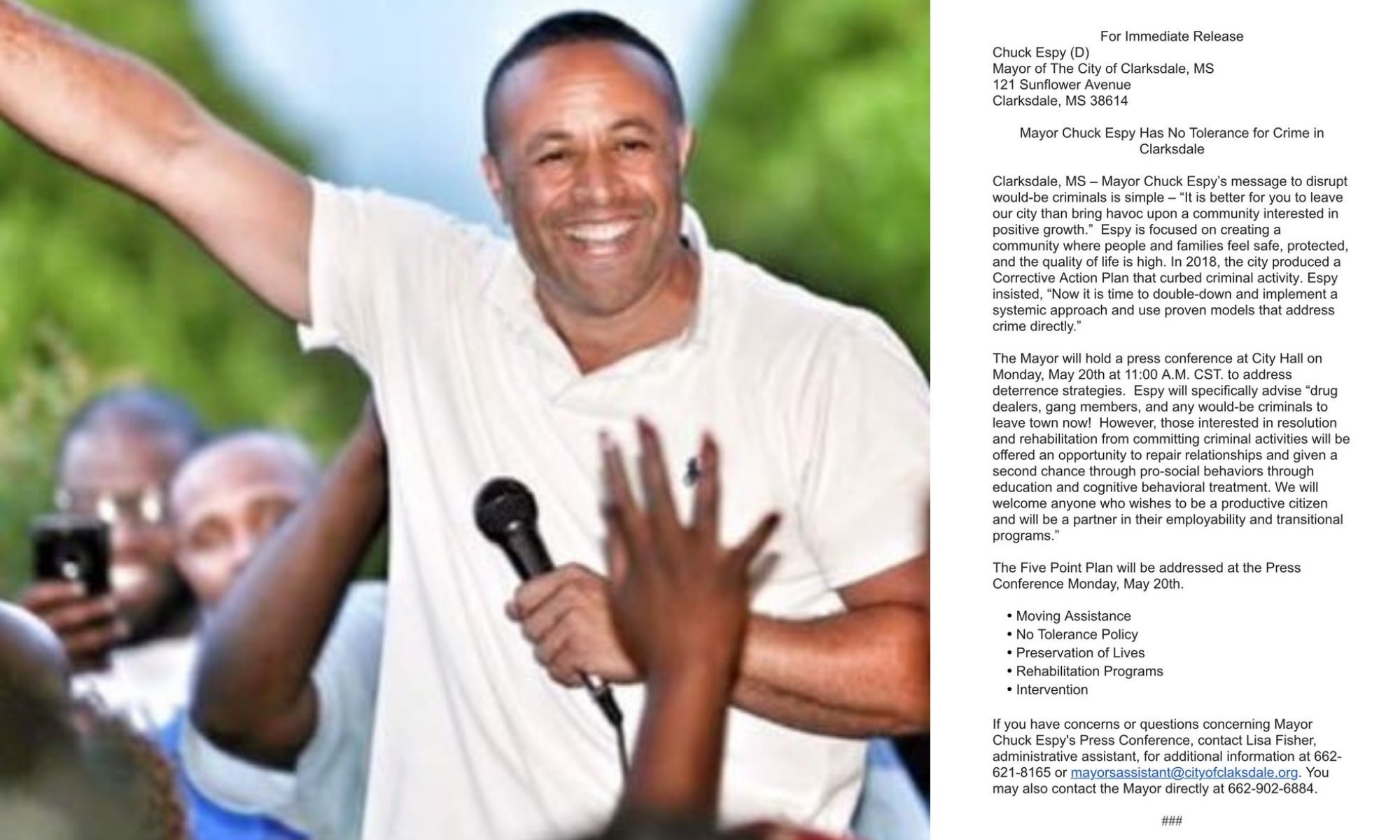 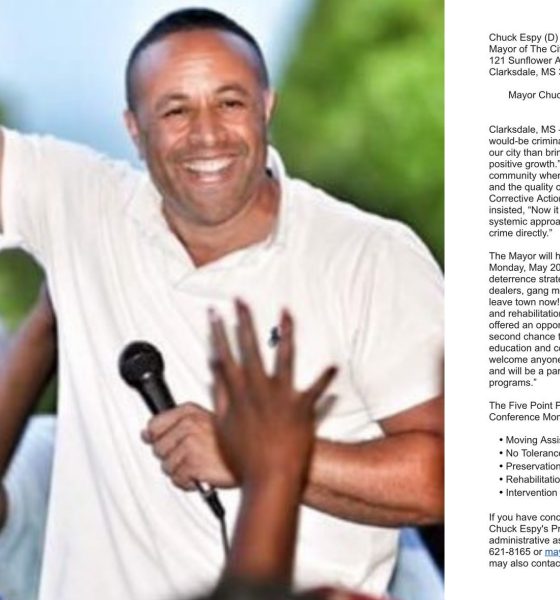 Clarksdale Mayor Chuck Espy is prepared to pay a high price for “safety”. Offering up his own money to get drug dealers and gang members out of his city, the Mississippi mayor has proposed a relocation fund that he hopes will improve the quality of life for residents.

During a press conference on Monday, Mayor Espy stated he believed those indulging in criminal behavior are just in the wrong environment. He hopes that the funds would provide them a fresh start elsewhere and is targeting “drug dealers, gang members, and any wannabe criminals” within the limits of Clarksdale. With offers beginning at $10,000, Mayor Espy says now is the time if leave if you’re not going to change.

The relocation fund is just one part of a five point plan which focuses on a no tolerance policy, preservation of lives, rehabilitation programs, and intervention. Although it seems to be a final warning to those of the criminal element, Espy and local Reverend John Givins are emphasizing the opportunity for change is still on the table. In addition to the relocation fund, etiquette classes, education, and cognitive behavioral treatment will be made available to desiring citizens.

In a statement released just before the press conference, Espy communicated the success of a “Corrective Action Plan” has influenced this new approach. He plans to “double-down and implement a systemic approach and use proven models that address crime directly.” The model used in 2018 saw their number of homicides drop exponentially. But that success also came with attacking internal issues within the police department head on.

Describing their circumstance as an inherited 15-year problem, Espy, commissioners, and the police chief have had to crack down on internal corruption and offer solutions for improvement. Providing customer service training, anger management training, community policing, officer education, and formal disciplinary action, the City of Clarksdale is following a model for overall reform and not just policing the citizens.

Do you believe that a relocation stipend is a good idea or will it just fund criminal activity elsewhere?