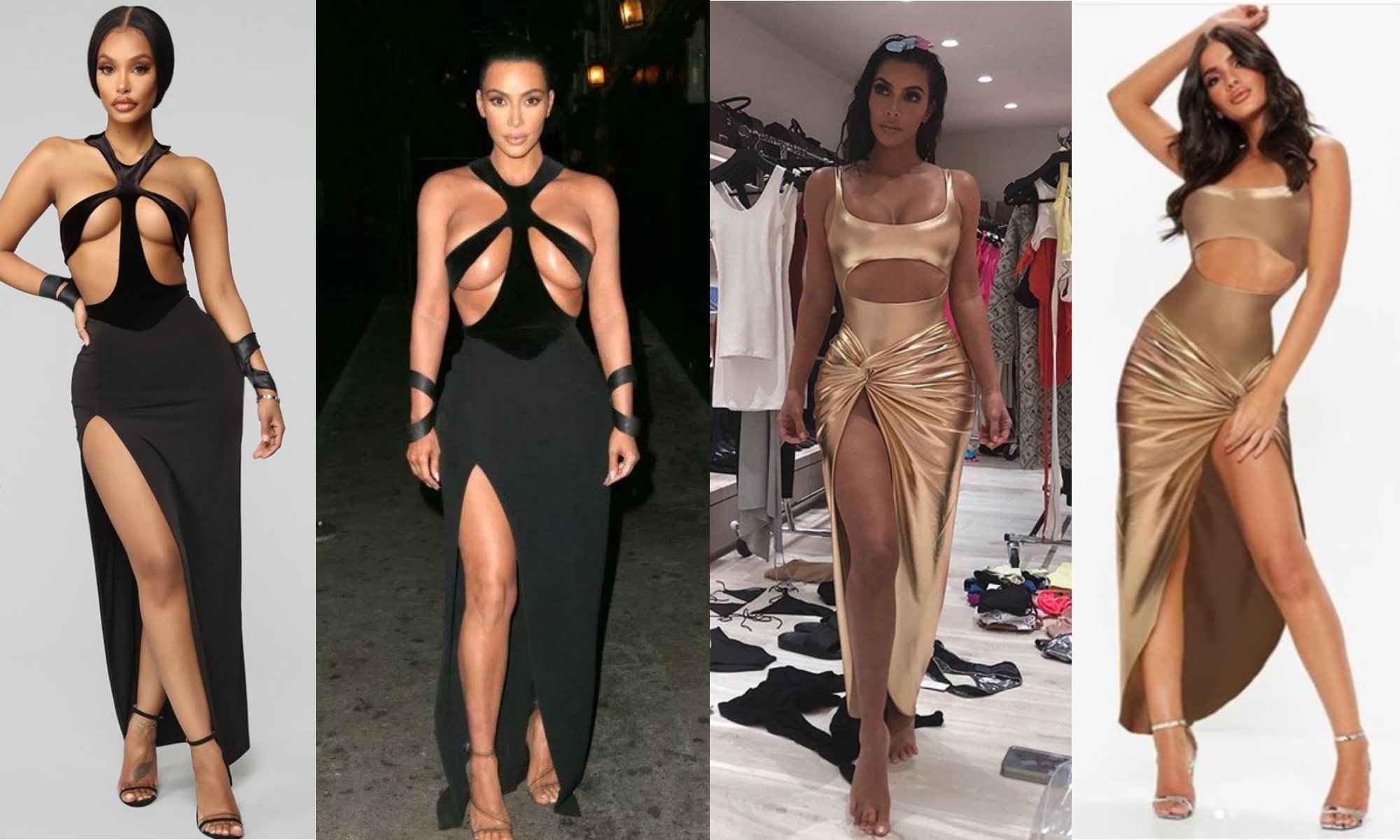 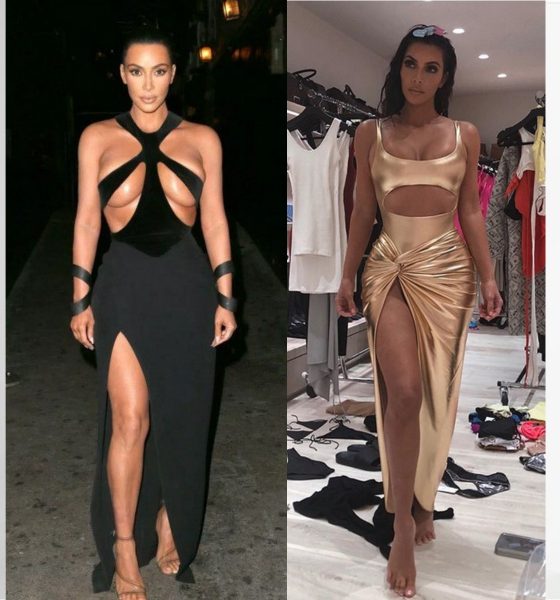 KKW Tells Designers Do As I Say, Not As I Do

Having suddenly developed a conscience, Kim Kardashian West is concerned about the integrity of fashion designers who duplicate styles from iconic designers. How drôle!

It’s funny, in a cosmic sort of way. A woman who has developed her brand by co-opting Black culture wants to hold companies accountable for employing a tactic she and her siblings have used for nearly a decade. Last night, Kim Kardashian West expressed her disappointment with fast fashion companies. Taking aim at online retailers like FashionNova, who quickly replicate high fashion styles for affordable prices, Kim said she was devastated. Angry that true designers could be ripped off so easily, Kim claims this could complicate business relationships with various fashion houses.

The designs in question are a slinky, black dress designed by Thierry Mugler and a gold look that Kanye commissioned for a Miami trip last summer. Within just three hours of posting the gold dress on February 8th, Missguided had it posted on their Instagram. The image is currently removed from their feed but the caption read as follows:

“I can no longer sit silent”

Kim had not publicly commented on Missguided’s appropriation of her ensemble. After FashionNova released images of the Mugler duplicate, she was dismayed. This led her to release a statement in the form of several tweets, which she posted to Instagram as well.

“It’s devastating to see these fashion companies rip off designs that have taken the blood, sweat, and tears of true designers who have put their all into their original ideas. I’ve watched these companies profit off my husband’s work for years and now that it’s also affecting designers who have been so generous to give me access to their beautiful works, I can no longer sit silent.”

It’s interesting to note that while she is championing for the intellectual works of luxury brands, she stood by as several seasons of her husband’s designs were sold as counterfeits and off-label copies. In the past, Kim Kardashian West and her siblings, excluding Kourtney, were accused of exploiting the complexities of fashion design copyright, for which there were little protections until late 2015. This makes her sudden enlightenment on ownership of intellectual property laughable for those of us who recall the many instances things looked all too familiar in Kardashian/Jenner storefronts.

“I often plan for weeks”

Hoping to salvage her relationships with luxury designers, Kim continued:

Only two days ago, I was privileged enough to wear a one-of-a-kind vintage Mugler dress and in less than 24 hours it was knocked off and thrown up on a site – but it’s not for sale. You have to sign up for a waitlist because the dress hasn’t even been made to sell yet. This is a way to get people to sign up for their mailing list and make people believe there is some kind of relationship between me and this fashion site. There is not.

This segment of her claims is complicated by screenshots captured by Instagram fashion blogger Diet Prada. The user alleges that not only did Kim Kardashian West conspire with FashionNova, they had photos of the design ready for their website 4 days prior to Kim’s original post. Still, Kim went on with her crusade to guard high fashion designs from us poors.

My relationships with designers are very important to me. It’s taken me over a decade to build them and I have a huge amount of respect for the amount of work that they put into bringing their ideas to life. I often plan for weeks, sometimes months, and even a year in advance, and I’m grateful for every fashion moment those designers and their dresses have helped me create. So, as always, don’t believe everything you read and see online. I don’t have any relationships with these sites. I’m not leaking my looks to anyone, and I don’t support what these companies are doing.”

You Only Care When It Hurts You

When Khloe allegedly copied the designs of Destiney Bleu by ordering one of every item from her “DBleudazzled” collection, Kim was remarkably silent.

Kim was nowhere to be found when Kylie supposedly copied the imagery of lip artist Vlada Haggerty and camo designs of PLUGGEDNYC.

How could we forget the time Kylie and Kendall used the likenesses of deceased rappers and rockers for those disrespectfully tacky t-shirts?

We would be remiss if we didn’t mention the times Kim columbused her way through an industry. She caught fire for mimicking the recognizable Jean Paul Gautier bottle for her KKW Body fragrance. Kim worked to save face after rumors she and Kanye duplicated kid’s wear from Comme des Garcons and Vetements. The entire Kardashian-Jenner clan stood accused of stealing a whole concept from Lip Lace jeweler, Tanaya Henry.

On behalf of these silenced indie designers, please miss us with your self-righteous indignation. If you turned a blind eye to it when you and your family stood to profit from the efforts of underground artists, designers, and creatives, don’t cry now that you’re losing the game you paid to play.

It was not intentional

In response to Kim Kardashian West’s statements, FashionNova issued a response to Glamour. A representative for the online fashion store said:

“We respect the fashion community and work with a variety of vendors, designers, influencers, and celebrities to keep our style offering fresh and relevant. Kim Kardashian West is one of the top fashion icons in the world that our customers draw inspiration from. However, we have not worked with Kim Kardashian West directly on any of her projects but have been driven by her influential style.