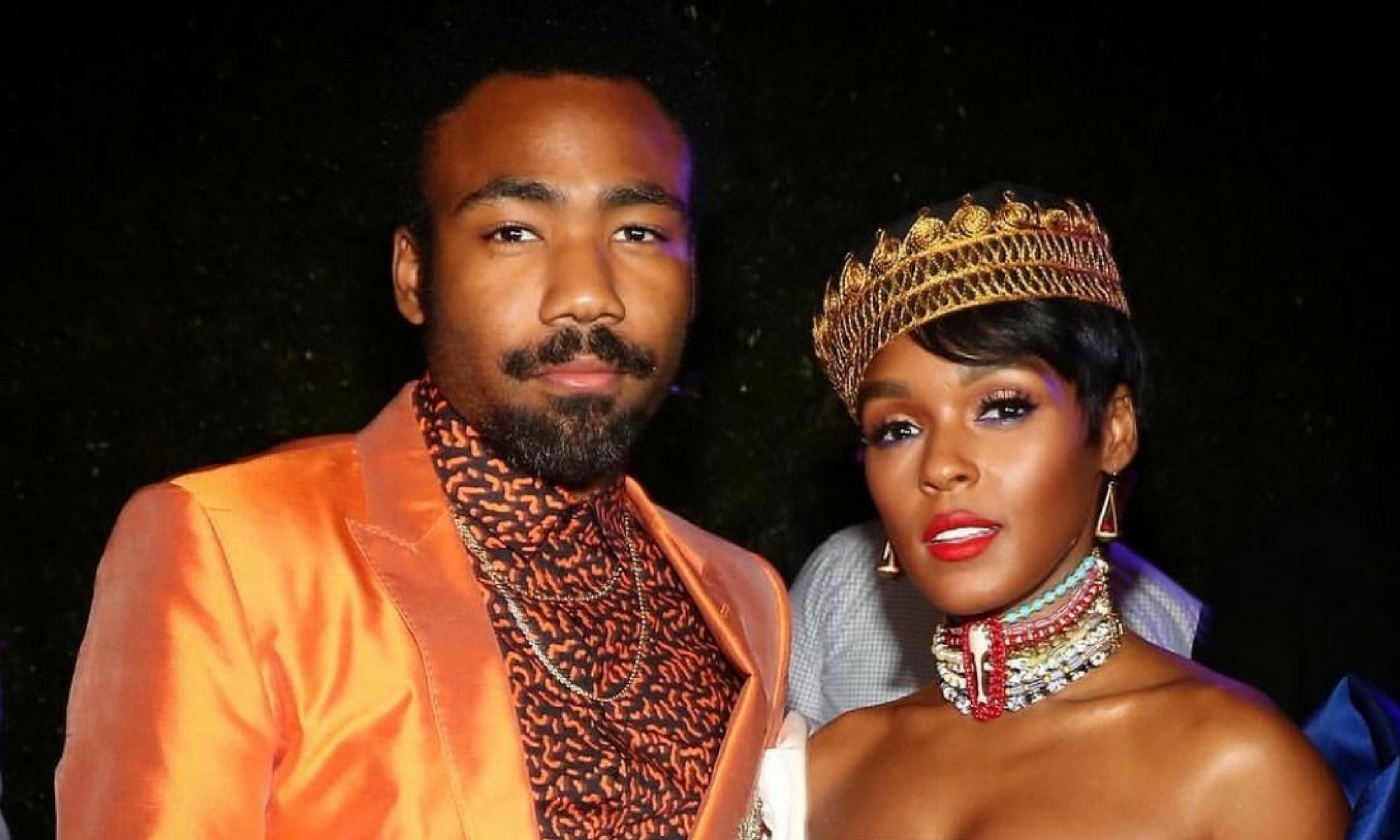 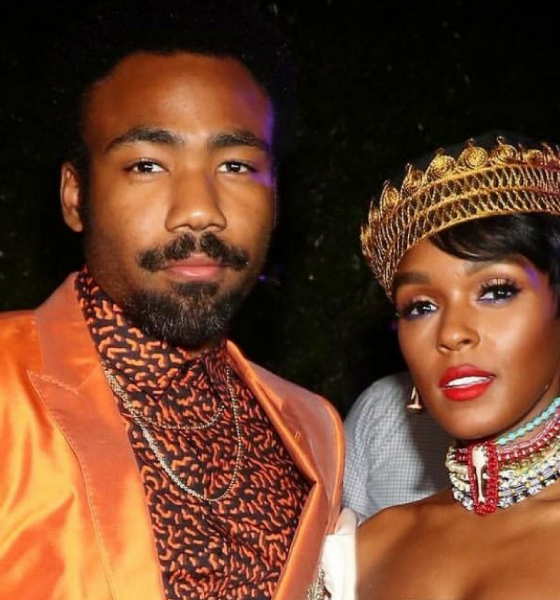 Janelle Monáe, Donald Glover, and the Exclusivity of Black Genius

On April 27, Janelle Monáe released her latest project, Dirty Computer. Through it, the femdroid allows the listener to enter into a new realm of immovable and robust queerness, autonomy, and joy. With trans-inclusive songs about the triumph of love like Pynk; sexy and provocative songs like Make Me Feel; songs which demand space for Black women’s agency and independence like Django Jane; and songs which detail the complexities of her humanity like I Like That, Monáe finds a way to encapsulate the fullness of her blackness without ever trivializing or commodifying Black Death.

The same cannot be said for Donald Glover. 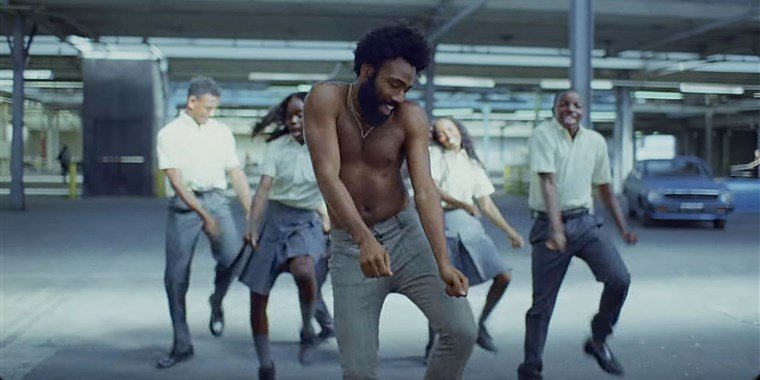 On May 6, Donald Glover—also known as Childish Gambino—released a song and visual titled This is America, where he raps about what it looks like to exist as a Black American in this current political climate.

As Gambino dances through the warehouse, in a chair sits a Black man playing the guitar. In one moment, you can see his face; in the next, his head is covered and, without warning, Gambino takes a gun and shoots him in the back of the head. The artist continues to dance through this empty warehouse, accompanied by young Black kids, as chaos ensues around him. After he finishes one of his dance takes, the camera pans to the inside of what is supposed to represent a Black church, specifically Emanuel African Methodist Episcopal Church—the historic church in Charleston, SC which also serves as the site for the murder of nine members at the hands of Dylann Roof. Gambino dances into the church as the choir sings. Then, for the second time, without warning, he opens fire on the entire choir. After both of these shootings, Gambino places the firearms neatly in a red cloth. I surmise that the red represents the blood of Black people and the care with which he handles the guns is intended to provide a visual for how little Black lives matter in America and how much guns matter to America.

It has been argued that This is America was intended to be a critique to/of Black people; as a way to say that we have long ignored, or turned away from, the chaos around us, using pop culture as an escape. It has also been argued that This is America was a message to white people as an attempt to engage their “moral consciousness”; to draw attention to the plight of Black American people. I am positing that, irrespective of who the intended audience was, Gambino’s commodification of Black Death was irresponsible and not impactful.

Since our very existence in America, Black people have resisted. We resisted the Transatlantic Slave Trade and enslavement through jumping ship, revolting, and building pathways which would lead to the freedom of tens of thousands of enslaved people; we resisted Jim Crow by demanding and carving out space which we were told could never be ours. We’ve resisted through the art and music of the Harlem Renaissance; we’ve resisted through Garvey’s Universal Negro Improvement Association (UNIA); we’ve resisted through the Montgomery Bus Boycott; through the sit-in era and the founding of the Student Non-Violent Coordinating Committee (SNCC); through the March on Selma; through the rise of the Black Panther Party and other armed-resistance movements; and today we continue in the tradition of radical Black resistance through anti-mass incarceration and police movements. And through each of these eras—through each moment of resistance—Black people have found ways to laugh, to love, to heal, to carry on in the face of adversity; not as a form of distraction, but as a form of self-preservation.

This remains true even if his intended audience is white. However, whiteness has no moral consciousness because whiteness is always already immoral. The very existence of whiteness is what makes room for anti-Black violences, for gun violence, for America to look the way that Gambino depicted it in his video. And since much of Gambino’s audience is white, and we exist under anti-Black capitalism, I’d argue that there is no way to produce content on his level without it being consumed by white people. Due to this, serving up Black Pain and Black Death on a silver platter as to appeal to the nonexisting consciousness of whiteness is counterproductive and only trivializes our trauma.

In 2014, after the months-long resistance in Ferguson that sparked a new wave of community organizing, organizers across the country did what we called die-ins as direct action. That soon transitioned out of our liberation toolkit, however, because it was more harmful than it was helpful. In the wake of the Black Lives Matter movement, there was rarely ever a moment where one couldn’t turn on the news and see a slain Black body. Because of this, at least in Atlanta organizing spaces, we realized that the circulation of more still, motionless Black bodies did not/could not/would not disrupt the moral unconsciousness of whiteness. Instead, it forced Black people to continue to visualize ourselves as lifeless. So, too, is this true for This is America.

In an interview discussing her compilation album, Protest Anthology, Nina Simone—an artist best known for using her love for music as a medium for her activism during the Civil Rights Movement—stated that an artist’s duty was to reflect the times. I believe that she was correct. Art, especially Black Art, has a particular and significant responsibility to insight and to amplify. Through This is America, I believe that Gambino was making an attempt to do just that. However, I do not believe that art requires us to reproduce imagery that is already inescapable. Art does not demand that we subject ourselves (and others) to the already-inescapable trauma of existing as Black in America. In the visual for Beyoncé’s Formation, she makes a similar critique of America through the drowning of a police car in the New Orleans water and having a little Black child dance in the face of New Orleans police. While there is room to critique her display of the aftermath of Hurricane Katrina and what that might trigger for Katrina survivors, she never once trivialized Black Death by placing the literal murders of Black people on display in the way that Gambino does.

The ability to uplift Black women while postulating the death of the state—and not of Black people—is what's genius. It is because of this that I believe that Janelle Monáe deserves to be celebrated and uplifted as Black Genius. Click To Tweet

Kendrick Lamar, J. Cole, Drake, Kanye West, and Donald Glover are just a few of the names of Black cisgender, heterosexual men who rap that have been labeled as “genius.” Men whose misogyny and sexism, heterosexism and cissexism, and blatant anti-blackness have been excused and justified to preserve their status as genius while women like Janelle and Beyoncé are either overlooked or deemed overrated. This begs the question: who is Black Genius reserved for and, with Gambino’s recent video, when will space be created to broaden that definition? 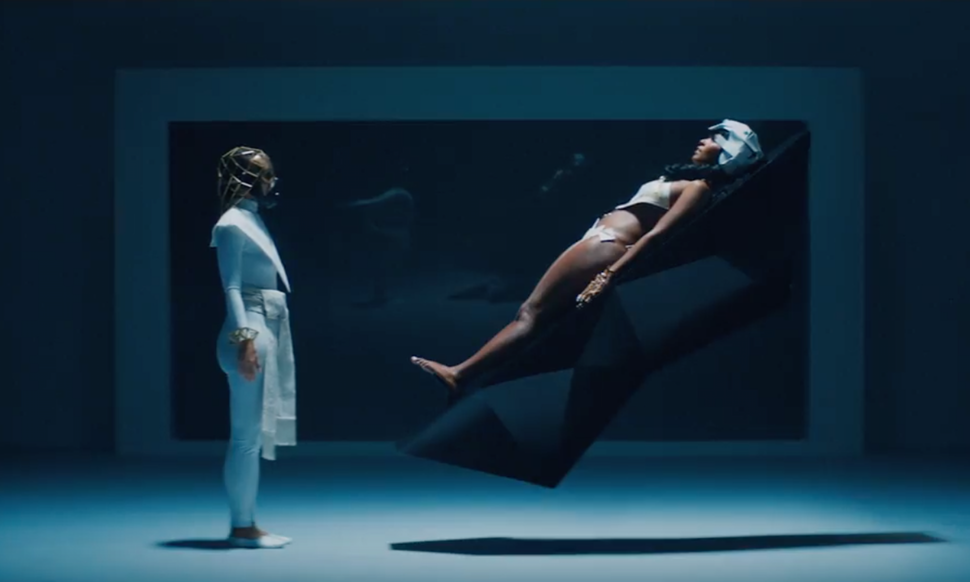 We do not have to plaster our blood on walls or lay our bodies on cold ground to discuss our blackness in America. To me, the ability to create a comprehensive album which struggles through the joys of being Black and queer while also discussing the ills of existing with those same identities in America, while never having to showcase murdered Black bodies, is what’s genius. The ability to uplift Black women while postulating the death of the state—and not of Black people—is what’s genius. It is because of this that I believe that Janelle Monáe deserves to be celebrated and uplifted as Black Genius. That this fresh project she released, which brings the intersection at which blackness and queerness meet to mainstream conversation, makes her Black Genius. Her ability to dream up entire worlds, conjuring the Black Arts Movement with her own particular twist, makes her Black Genius. There is something subversive with naming her work (and, thusly, herself) as “dirty” as a queer Black woman—three identities which have long been viewed as impure and unclean—and making it mean something that is complex and stern, yet joyous and hopeful.

I do not believe that we should pull our politic from celebrities. I believe that for as long as “Celebrity” exists, it is their job to pull from and amplify those of us whose voices are not as clearly heard. I do not believe that any true uprising will be led by The Celebrity. Said again, any real revolution must be led by poor and working-class people. The role of Celebrity—until it, too, is abolished—is to make space for those of us who are doing liberation work on the ground. However, seeing as how the term “pansexual” was the top searched word on Merriam-Webster post-release of Dirty Computer, I believe that Janelle has proven that Black Art is not reserved for cisgender, heterosexual Black men. It is for this reason that she, to me, represents Black Genius.

What mainstream or underground black women artists do you support?