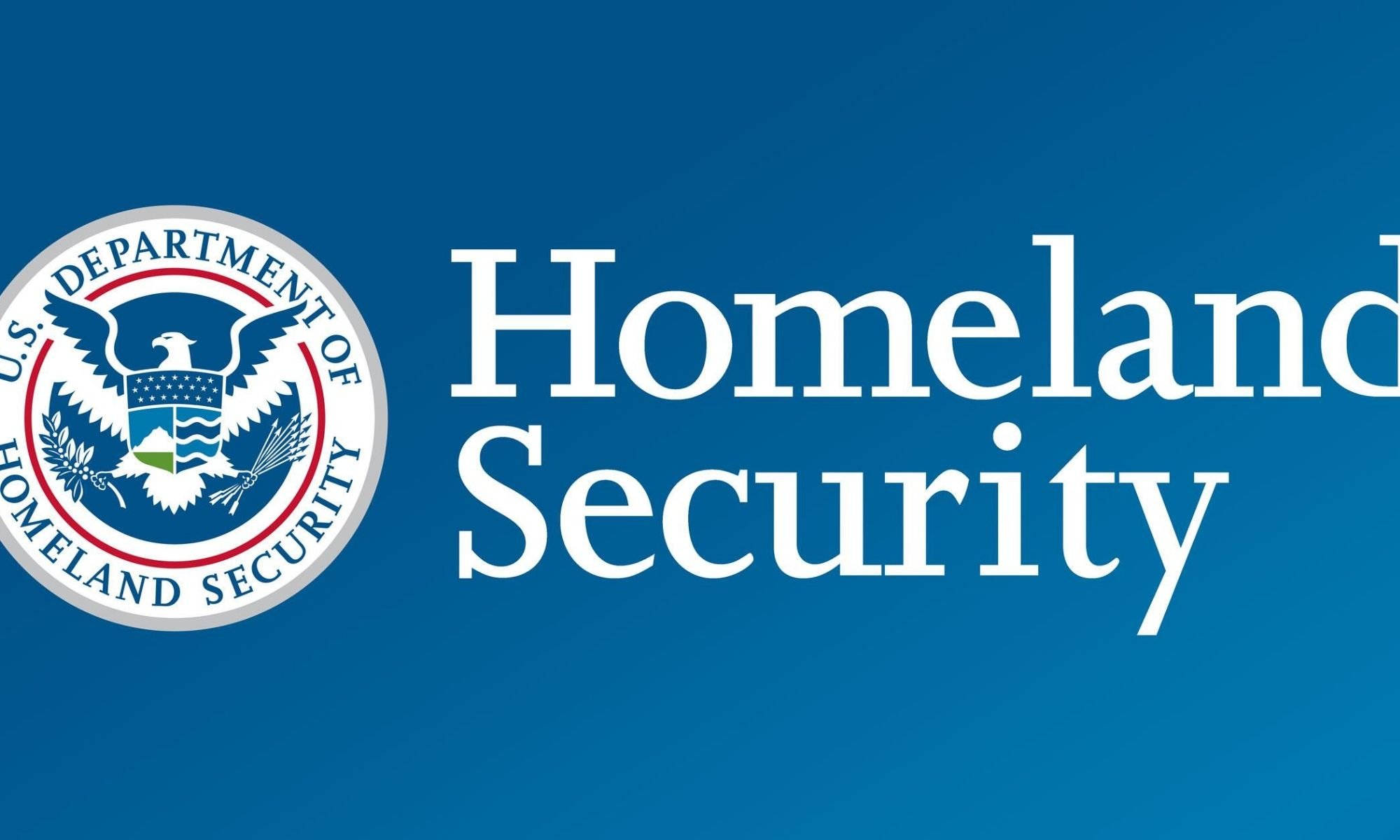 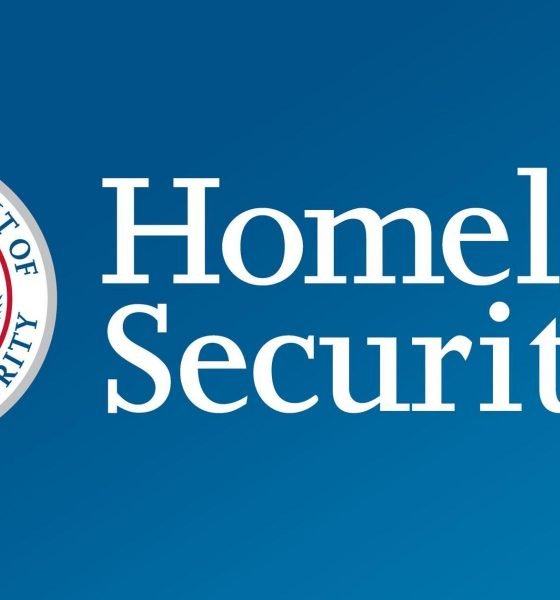 Donald Trump has recently tweeted ICE’s plans to carry out raids across the country. Aiming for the seizure of 2,000 immigrants who have court orders to be removed, ICE officers will flood 10 cities.

The US Immigration and Customs Enforcement officers plan includes the detainment of “immigrants who happened to be on the scene,” whether they are targets of the raid or not. Set to take place Sunday, the massive deportation effort has spurred politicians against the raid to encourage potential targets to educate themselves. Alexandria Ocasio-Cortez is reminding those at risk that without a judicial warrant, it is illegal for an officer to enter their home. As citizens watch from the sidelines, it is the surest sign that some Americans have forgotten our history.

Recalling the 10 Stages of Genocide, Americans against the forced removal of immigrants recognize we are at stage seven, preparation. For several years, the polarization of Muslims, Hispanic, and Latinx peoples between North Americans has mirrored the slow, but devastating vilification Jews faced in Germany. Mainstream news media outlets flood those susceptible to propaganda with lies regarding the theft of employment opportunities and skew crime rates statistics. Even now, as the mistreatment of detained immigrants is downplayed by government officials, it parallels the increase in violence against subject populations between 1933 and 1941.

“Those six years are a very particular phase of development of the Nazi project where a lot of steps were taken inside Germany to isolate German Jews from the rest of the population, to start measures sterilizing, isolating, and eventually even to start killing, to rearm Germany to prepare for the war of conquest, but also to cover up that rearmament by talking peaceful intentions publicly so that people elsewhere in the world wouldn’t be too alarmed.”

As explained by Professor Doris Bergen, the attempt of Jewish extermination did not begin with gas chambers. So, Wednesday Trump delayed the action to see if Congress could work out a legislative solution. However, ICE director Ken Cuccinelli says the raids are “absolutely going to happen.” He continued, “There’s approximately a million people in this country with removal orders. And of course that isn’t what ICE will go after in this, but that’s the pool of people who have been all the way through the due process chain.”

If you are at risk of detainment, visit https://www.wehaverights.us/ to learn how to handle potential encounters in multiple languages.

Related Topics:ICE raids
Up Next

Pose Has A Colorism Problem

The Circle on Netflix Had A Racism Problem 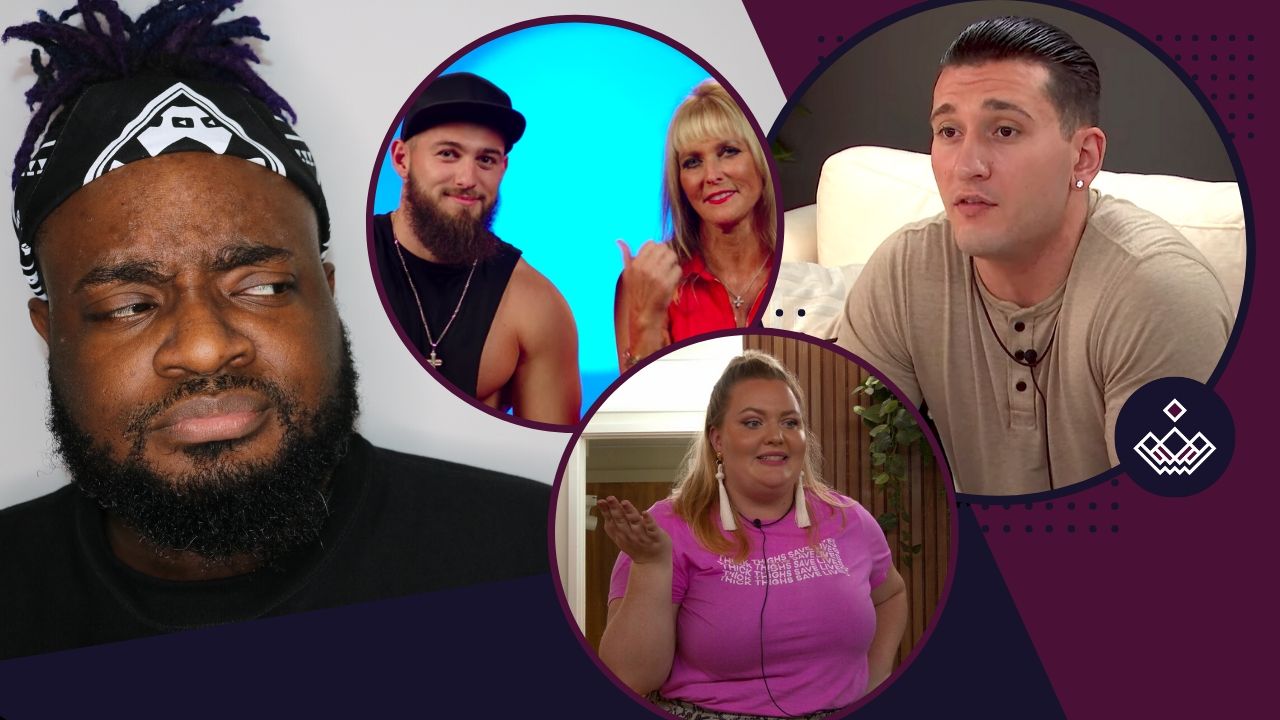 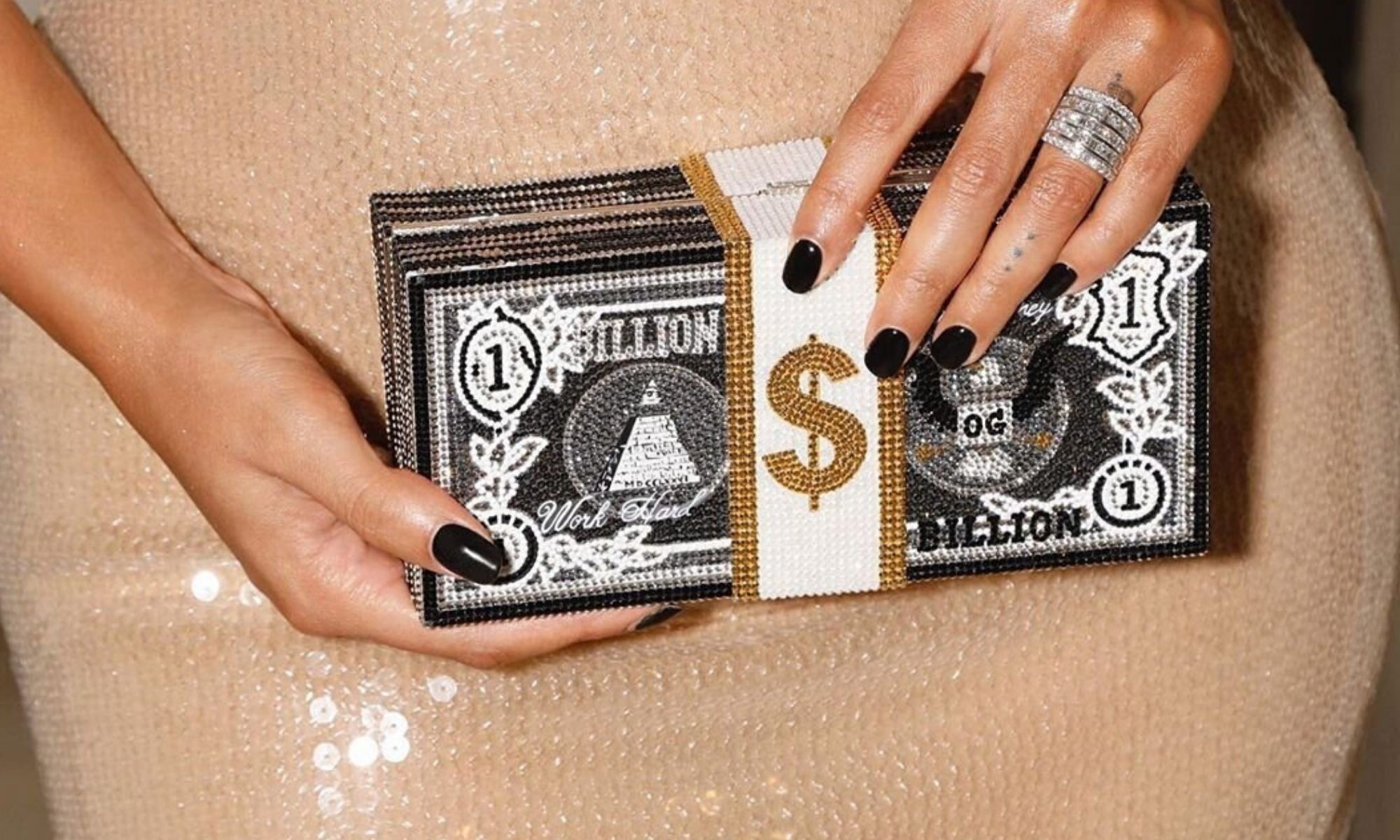 The opinions expressed in this publication are those of Rafael Roden.

For far too long we’ve been giving her passes and today I say enough is enough. People are literally afraid to write about this shit because of the inevitable blowback from people who worship Beyoncé like white Brits worship their actual Queen monarch. So here goes…

Beyoncé is not above criticism. That’s the first thing. I understand the stance many Black people take when another Black person casts an unflattering light on your favorite Artist or celebrity, but not all of it is hating. A lot of it is warranted. And every charge I make in this article is coming from a major fan and someone who used to wanna collaborate with the woman. Understand that I have bias, but that’s not making me not wanna hold Beyoncé accountable for her trash ass actions as of late and the precedent it sets for aspiring “bosses”. And just know she ain’t the only member of the upper echelon guilty of this shit. I’mma take shots at a few other entertainment giants, just you wait.

What set this think piece I didn’t wanna find myself writing into motion was the information stirring around that Mrs. “of course sometimes shit go down when it’s a billion dollars on an elevator” is only paying her dancers and other various performance staff $250 a day without benefits when they are performing at the highest level in the world. I’m even flattering her in my critique so please uncock your pistols. I have caught up on all the tea and these claims are supported by many of the lead performers and solidarity exists within that community. It’s hard to substantiate every last bit of wrong in this whole ordeal, but that’s the crux of the situation. Take me at my word cause there are receipts for days.

Moving back retroactively to the Shawn Carter Foundation Gala (which is where that tacky ass clutch in the picture is from) we find our favorite vocal angel arm & arm with her sell out husband Jay Z (NFL partnership, nuff said) who gave out Rolex and bottles of champagne as invitations to a room full of people worth billions of dollars who only raised $6 million. That’s just stingy. But that’s been written about enough. I just think it’s crazy who get’s in these rooms in the name of seeming to authenticly coming from nothing. Like Fabolous. You know the dude that head butt his then girlfriend and knocked her teeth out? Not Beyoncé’s fault, hell no, but why are abusers around a self proclaimed Feminist? Why are you letting your man invite him? Why did Rihanna try and normalize him at her last few events (which I find quite disgusting considering her history)? The answer is money and optics. The message comes off as “rich black men who are seen as legendary can make the mistake of domestic violence and still deserve A Seat At The Table” (see also Nas who beat Kelis). I just can’t square these conflicts of interest. I need somebody to make it make sense. Because remember, birds of a feather flock together. Beyonce blink twice if you need help. I’m fucking serious. He cheated, who knows if there’s a domestic violence story in there. I don’t put shit past no man at this point. It’s also part of the reason why I stopped identifying as such.

Read the entire piece at RafaelRoden.com 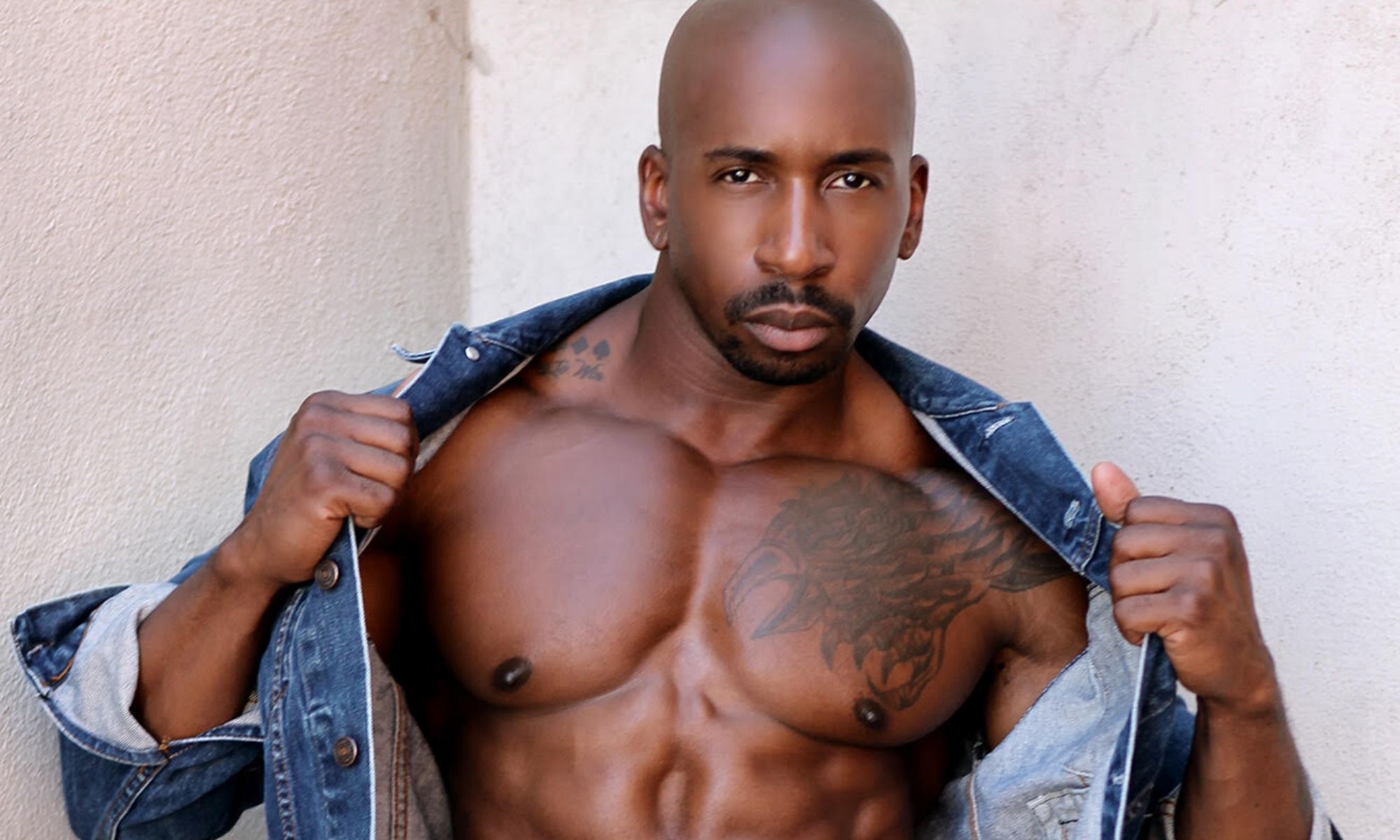 I have to be honest that I found the interview to be amazing and at minimal a cross-examination of Konner’s work history, work ethics, and very sorted and messy racially insensitive history. Konner acknowledges that there will be criteria for all those that apply to join the slaveshi-, sorry the Haus of Konner.

He says in the article:

“Right now we have three exclusives: Derek Cline, Jabari Clutch, and Asher Lee. I have a bunch of other submissions but I’m taking my time to go through everything because it is a boutique talent management company. I am not just accepting everybody that applies. I’m trying to pick models who I feel like have what it takes to make it.”

Now, what this statement could subversively say so many things. Firstly, Jabari is the only black presenting model. Derek is racially ambiguous and Asher is Asian. Even in the first stride of selection, there is only one Black person in the mix (pun intended). Secondly, “boutique talent management company” is reading as “no fats, no fem” because knowing the shortness of sight that Konner has he may only present body boys and cis actors that are racially palatable.

Mr. Street follows up with the question:

The thing that is further disturbing in the article is when Konnor says this:

“I do plan to send models from Haus of Konnor over to Noir Male but one of my big things is: if I send a model to a studio there’s agreement between me and that studio that nothing that has to do with that model’s race or nothing pertaining to the “BBC experience” is what that model is participating in. I’ve been on jobs where I’ve had no clue what I’ve been working on and then the movies come out and it’s like ‘Oh god!’”

This sounds very historically familiar. So during the slave trade, the Caribbean Islands was used as a large space for sex farms for slaves and “buck breaking”.

“These male slaves were purchase based entirely on the prerequisite of them possessing a large penis. Black men were routinely raped by their gay slave owners. The process was known as “breaking the buck.”

It involves a strapping Negro slave, who was defiant, was beaten with a whip till bloody in front of his entire slave congregation. The slave owner would cut down a tree and, with the help of the overseer, would then pummel the deviant “buck” into submission. Once the slave was worn down, the master had the other Negro slaves force him over the tree stump where his britches would be removed and he laid fully exposed buttocks, he would remove his own clothing and proceeded to savagely sodomize the buck in front his wife, family, friends, and children.”

Should Konner be the one doing it? No, not at this juncture and especially around his limited education on race.