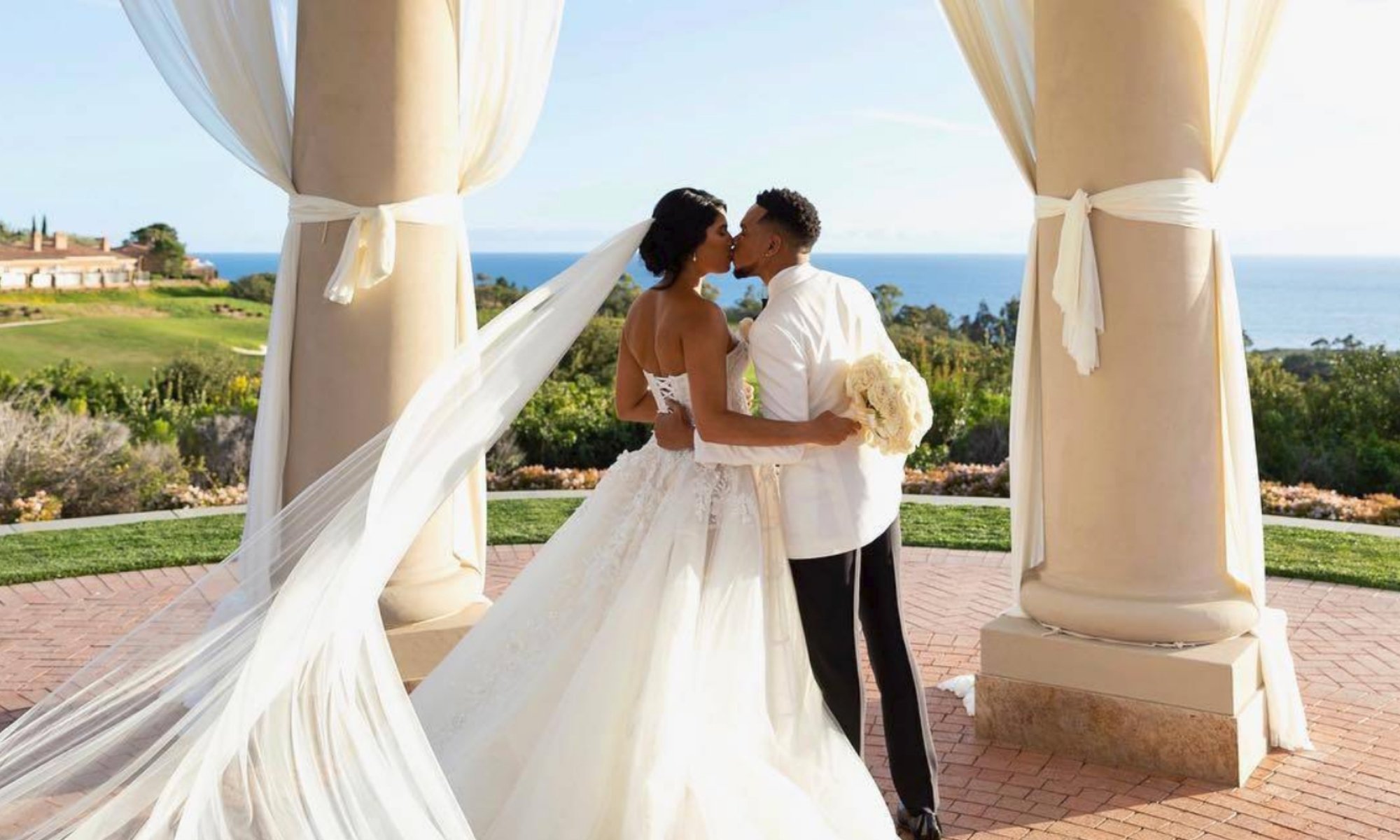 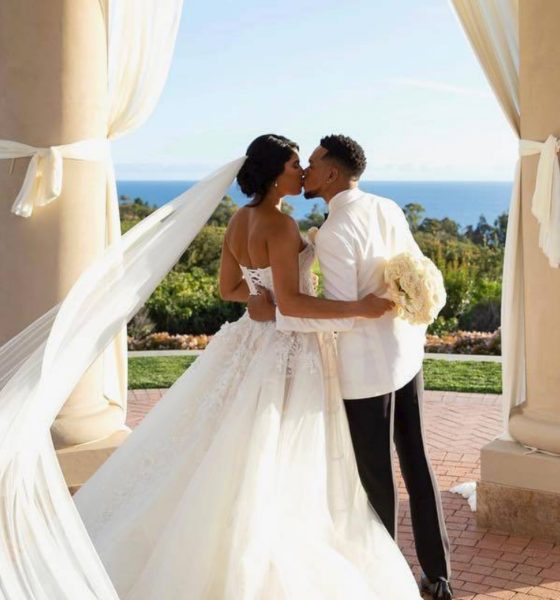 Don’t be Tardy for the Wedding: Kirsten Corley and Chance the Rapper Tied the Knot

How you gon’ hate from outside the wedding? You can’t even get in! Kim and Kanye showed up late to Chance the Rapper and Kirsten Corley’s wedding to find it was standing room only. Talk about embarrassing.

With a guest list that included Fred Hammond, Kirk Franklin, and other gospel staples, it’s strange that Kim or Kanye shared their company. We’re not sure if they decided at the last minute to go, or if it was a purposeful gaffe, but the Kardashian-Wests were unfashionably late to the wedding. Arriving after all the guests had been seated, Kim and Kanye strolled down the walkway only to watch the nuptials from the nosebleed section.

Wearing a garishly colorful 1990s Versace gown, Kim appeared annoyed as she stroked her tangled weave while watching Chance and Kirsten exchange vows. Still, their tardiness didn’t keep Kanye from enjoying himself. Kanye sipped champagne, danced, and posed for photos with the newlyweds at the Pelican Hill Resort in California.

In a star-studded event, Chance and his bride Kirsten Corley, were wed over the weekend after 16 years of friendship. Before the private ceremony, Chance shared the story of how he met Kirsten when they were just 9 years old.

Back in 2003, Chance’s mother worked as a real estate agent for a black owned franchise called Re/Max. One night, he, along with his father and brother, accompanied his mother to an office party. An announcement was made that there would be a special performance and then, boom, out comes Kirsten and two of her friends. The trio lip-synced to Destiny’s Child’s ‘Independent Women’, while performing a routine and Chance locked eyes with Kirsten.

Encouraged to step forward and dance along by his father, Chance said it just wasn’t the time. Instead he “shook [his] head with anxiety, moved to the back of the crowd” without introducing himself. Fast forward 16 years and one precious child later, Chance and Kirsten were wed in front of 150 family members and close friends.