Dear Bernie Sanders and White Progressives, We Need To Talk 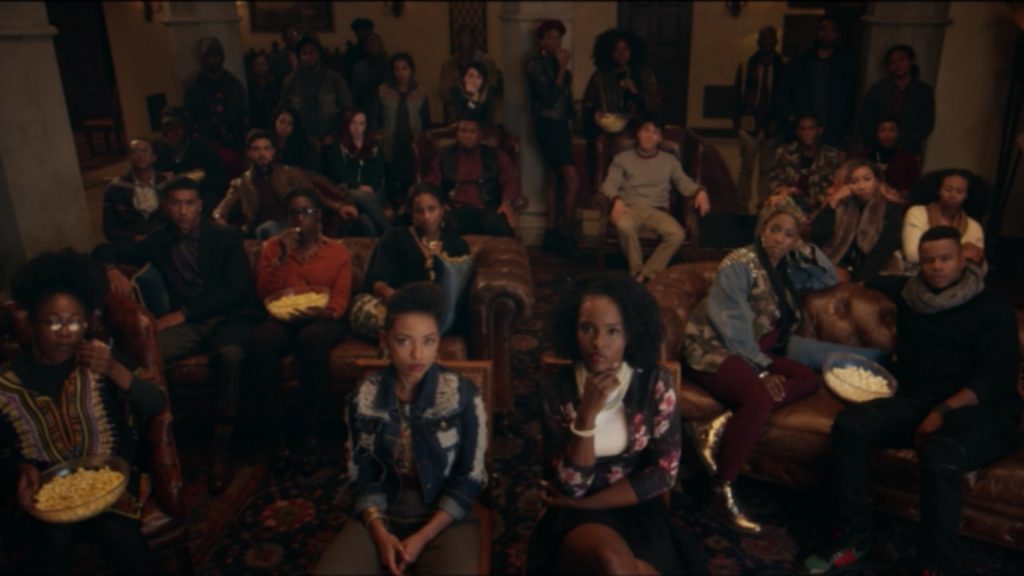 In an excerpt of an AfroPunk post, an author alleges that Bernie Sanders is “confused as hell.” Unable to call racism by its name, they lament that progressives like Bernie are ignorant and complicit in its propagation.

As a Black woman who lives in Vermont, a state that is 94% white and credited as one of the most liberal in the country, let me explain. Progressives are unable to acknowledge racism because they are unable to identify it in the same way a person of color does. They are so blissfully unaware of the nuances and prejudices and so willing to compartmentalize their own behavior that attaching the word racism to it is unthinkable. What I mean is, their white fragility prevents them from being able to see racism in any form, discuss it, and/or attack it.

What does it mean to be white

The manner White progressives are taught to identify racism is almost storybook – clear lines of good and evil. Their understanding of racism is a clear act of intentional antagonism or discrimination directed toward someone of a different race on the grounds of superiority. To Robin DiAngelo, the woman who coined the phrase “White Fragility”, to be progressive meant to be clueless.

“Well, I was a classic white progressive, which meant that I was clueless about racism, which meant I could not answer the question, “What does it mean to be white?” I thought I was not racist, and I really didn’t have anything more to learn.”

In an interview with Slate, DiAngelo goes on to recall applying for a job as a diversity trainer. “I was in for the most profound learning curve of my life,” she says. “It was a parallel process. One, working side by side with people of color who were challenging the way that I saw the world and my place in it.”

Consider in all of this, that white people are self-segregating and have been since the 60s. Like DiAngelo, they are not finding themselves surrounded by people of color who will disrupt their way of thinking until they reach an embarrassing age.

“Part of being white is that I could be that far in life, be a full professional, educated adult, and never have had my racial role be challenged in general, or by people of color in particular.”

White liberals are curiously guilty of saying one thing and doing another. Take gentrification. University of Illinois sociologist, Maria Krysan, conducted an experiment in Chicago to examine the process of how people decide where to live. She asked Chicago-area residents about their housing search and people of all races agreed they wanted to live somewhere that was relatively diverse and integrated.

Debunking the myth that Blacks and Latinos prefer to stay in their own neighborhoods, Krysan proves that it is Whites who cry for diversity but remain segregated. Remember, Vermont is 94% White but 46 states have a White population of 50% or higher.

In an interview with The Daily Beast, Bernie was asked his thoughts on why the Democratic Party was unable to win several key Senate and gubernatorial races. But it was his thoughts concerning the underperformance of Stacey Abrams and Andrew Gillum that got attention.

“I think you know that there are a lot of white folks out there who are not necessarily racist who felt uncomfortable for the first time in their lives about whether or not they wanted to vote for an African-American.”

While his response reeks of white fragility, its true. White people are losing the luxury of undifferentiated whiteness and racial obliviousness, forcing them to examine themselves and their communities. In “Get Out”, it was a family of Obama supporting White liberals who were villains, not red hat wearing, torch burning misogynists. 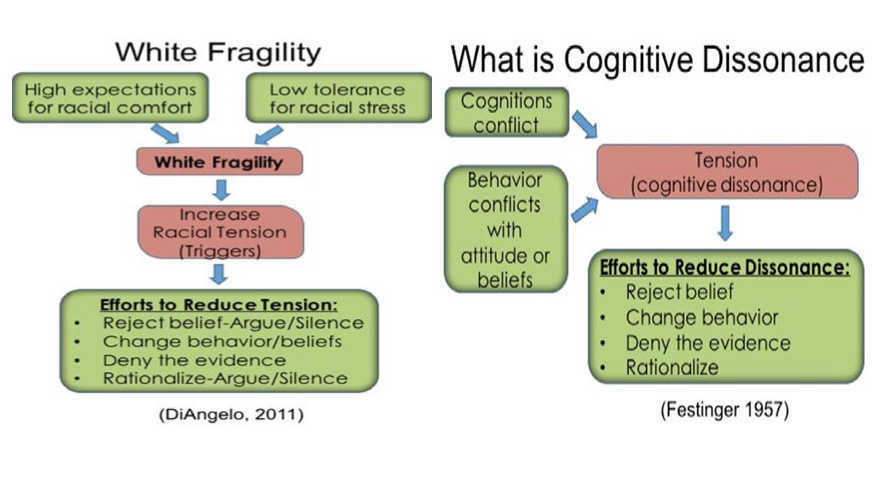 By definition, white fragility is the state in which even a minimum amount of racial stress becomes intolerable, triggering a range of defensive moves. Spanning fear, anger, and guilt, the display can include behaviors of argumentation, silence, and leaving the stress-inducing situation.

Following the assassination of Dr. Martin Luther King, Jr., Jane Elliott conducted a race experiment that challenged people to examine their underlying prejudices to disarm them of weaponizing race. By simulating discrimination on people who would otherwise never experience it, Jane educates people who would continue to think like Robin DiAngelo in all her white ignorance. The problem is that she is just one woman, and while her efforts are well-meaning, it requires the person on the other end to be receptive of change. Cognitive dissonance and white fragility are in a marriage that has lasted longer than either terms have had names. And we have seen what happens when we leave White women to their own devices.

If we are invested in a progressive future, where POC, LGBT, and differently abled people are represented, we must commit to attacking bias in the moment. We cannot, like white progressives, stand by and massage reality about what is and is not racist to placate people on the fence. White progressives need to start working, living, and socializing in communities that challenge their school of thought instead of reinforcing the dogma they’ve been fed for generations. But their education cannot and will not come at the expense of the disenfranchised. #NotYourMule