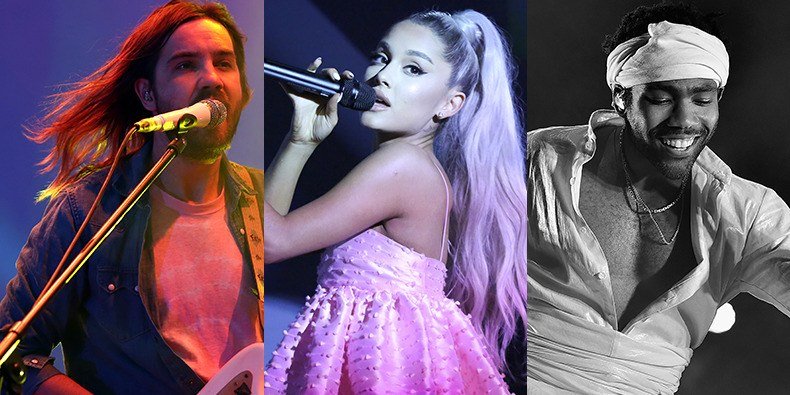 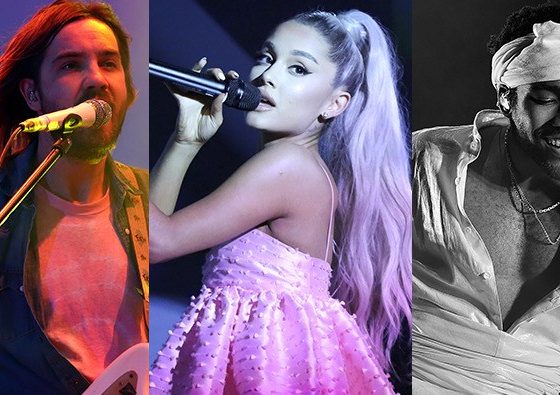 Coachella has released their lineup, building the hype for festival season. Bound to excite future attendees, Childish Gambino and Ariana Grande are headlining. But who the hell is Tame Impala?

It’s certainly a step down from the Beychella experience of 2018, but lots of fans are still excited to see their faves live. Janelle Monáe, Ella Mai, and Jaden Smith are sure to stand out on Day 1 of the two-week event. Following acts include Kid Cudi, Wiz Khalifa, Khalid, and YG. While we pine for the world stopping HBeyCU set of yesteryear, fans of the queen shouldn’t lose all hope. There’s still a chance for a surprise appearance during Solange’s set on Day 2. 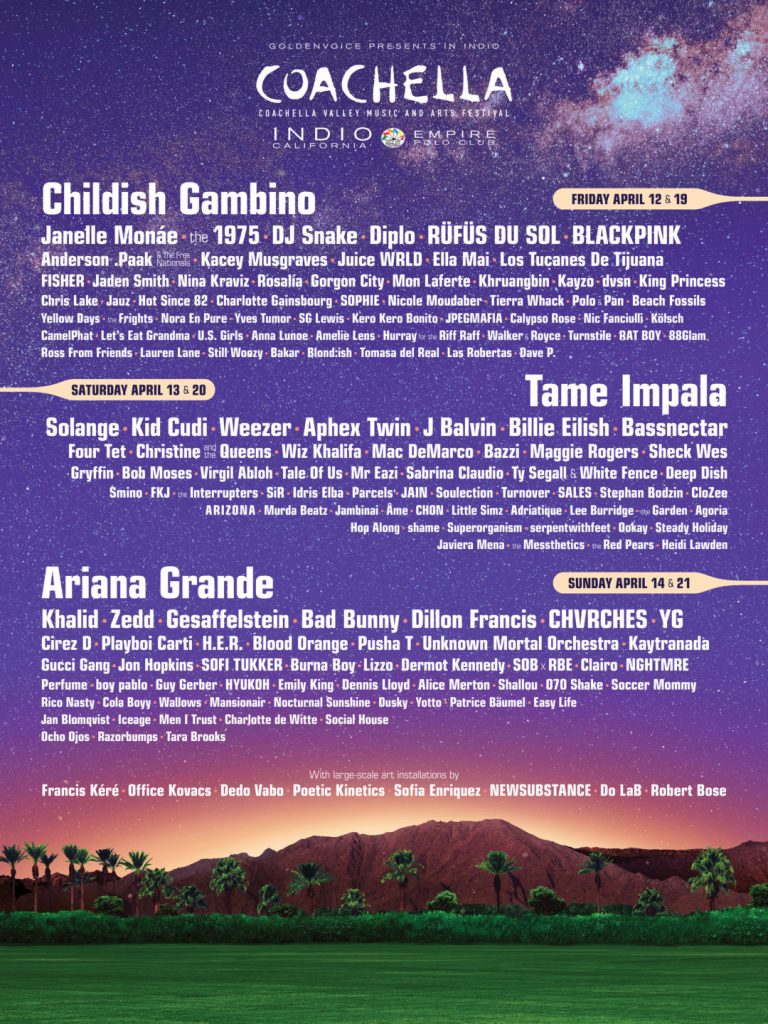 In a shocking development, Kanye West abandoned his opportunity to perform at Coachella. Unable to agree with Goldenvoice, who produces the festival, Kanye failed to negotiate the set of his dreams. Traditionally performed on a 60 x 40 stage, Kanye reportedly said it was “artistically limiting” and walked away from the table. Instead of Yeezus, we have Tame Impala, a group relatively unknown to the American audience.

Tame Impala is described as a psychedelic rock/pop group from Perth, Australia. Known for trippy music video visuals, the band has a surprising amount of awards. For a glimpse of their performance style, take a look at Travis Scott’s SNL performance from October 2018. Members of Tame Impala were a part of the backing band for the Sicko Mode rapper. While they are new as headliners, they have performed at Coachella in recent years. Tame Impala performed at Coachella in 2015, 2013, and 2011.

What do you think about the Coachella lineup? Will the sets leave fans asking for more or walking away saying “I love all their song.”?

R. Kelly Threatens to Sue Over Documentary: “Those Girls Are Lying!”

Despite Feud, Drake Parties with Kylie, Kendall, and Travis Scott