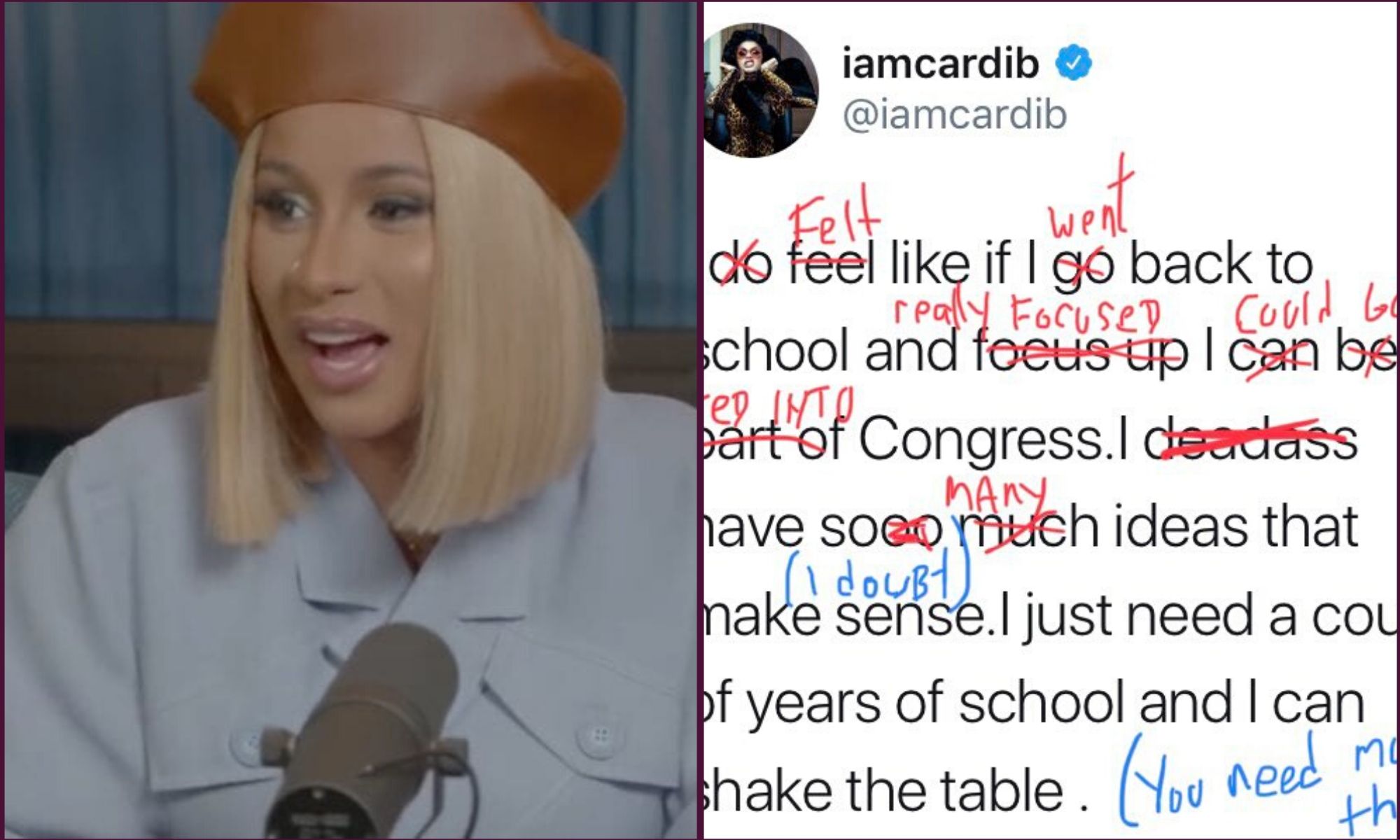 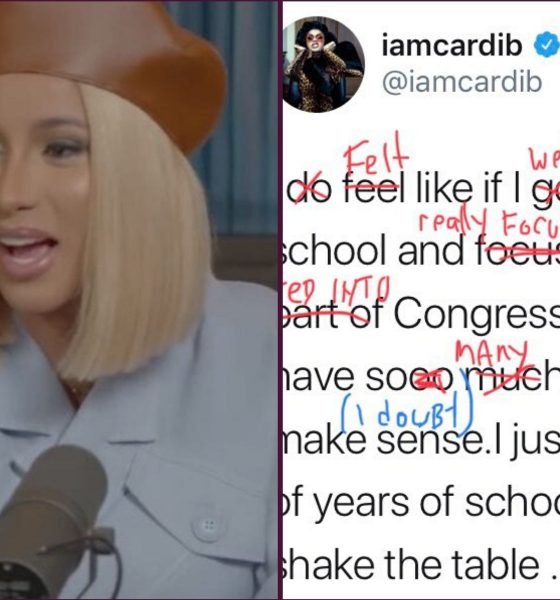 Cardi B is contemplating a run for office according to a series of tweets published this past Sunday, January 12. Unsurprisingly enough, she is already battling hate from all across the aisle.

“I think I want to be a politician. I really love government even tho I don’t agree with Government (sic),” the New York rapper said in a series of tweets. “Like I was watching war documentaries. No matter how many weapons a country have you need people! How are you trying to go against a country and possibly start a war when this country lacks patriotism? I barely see people claiming the LOVE being American.”

I think I want to be a politician.I really love government even tho I don’t agree with Goverment

The rapper then went on to say she will have to explain more at a later date, possibly in a video. After publicly endorsing Vermont Senator and progressive Democratic presidential candidate Bernie Sanders in 2019, Cardi was lauded for showing us the “woke” side of her image. 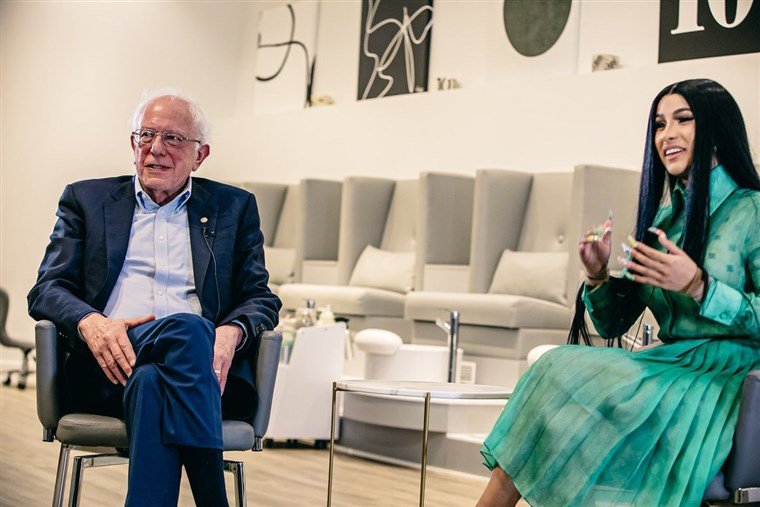 On Tuesday, the rapper found herself in numerous Twitter spats, especially with right-wing accounts. Mindy Robinson, a conservative political pundit, commented on Cardi’s post with several drawn-in grammatical corrections. Despite Cardi admitting on Sunday that she would need more schooling before she could seriously enter politics, Robinson ended her tweet with “you need more than that.” In a later comment, she declared that her “cat is more qualified to run for Congress than Cardi B.”

You’re going to need more school than that. ??
Your spaces are off too…but hey, how can we hold you accountable for kindergarten level sh*t, am I right? pic.twitter.com/GQGHLiFHvp

Cardi, whose given name is Belacalis Almánzar, is no stranger to Twitter beef and quickly had an answer for Robinson. “Leave me alone. I didn’t insulted your party or your believes so please don’t try me and let’s keep sweet OK….don’t want to dog walk you,” she replied before unleashing a savage string of jabs toward the internet personality.

While a dog walk sounds like a peaceful way to spend quality time with your beloved pooch, for Cardi, it is a serious threat – one we’ve heard before. You will recall in January of 2019 she warned Tomi Lahren, another conservative pundit, to leave her alone, lest she gets dog walked. Just as in the feud with Robinson, Cardi was minding her own business on social media Tomi Lahren attacked her for her views. Her comments lit a fire in the rapper and the two engaged in a back and forth lasting several hours.

Obviously Robinson did not get the message a year ago that Cardi B has the time to argue with internet trolls because she found herself in the same predicament as Lahren did – potentially discovering what it’s like to “dog walk” with Cardi.

Check out the best of both feuds below and let us know what you think.

Cardi B vs. Tomi Lahren

Leave me alone I will dog walk you . https://t.co/FjqIzpUbvp

You’re so blinded with racism that you don’t even realize the decisions the president you root for is destroying the country you claim to love so much .You are a perfect example on no matter how educated or smart you think you are you still a SHEEP! https://t.co/khRpoOt16B

You do realize these high taxes you complain about are the bedrock of the Democratic Party, right? If you want lower taxes and more economic freedom, beware of the party you are rooting for. https://t.co/cCG5wYsElc

Cardi B vs. Mindy Robinson

Sis your lips ashy and you barely have none …Leave me alone .I didn’t insulted your party or your believes so please don’t try me and let’s keep sweet OK….don’t want to dog walk you ❤️ https://t.co/48NEfjdCUg pic.twitter.com/GDo53bIN6v

You really mad cause you stay takin pics like this and mention Trump 20 times a day to get his attention.HEY! Don’t take your anger out on me cause he don’t wanna fuck you sis ??‍♀️?? https://t.co/sIaKIPmtQx pic.twitter.com/68X2DpZUIj

Let me tell you something cause every time I post anything political I get attack all type of crazy .If you are a conservative & if you support a opposite party that’s OK( unless you racist)we can get into friendly debates on here voice your opinion…

And I’ll voice mines HOWEVER don’t try me and don’t take my kindness for weakness.I BE VIOLATING!!! I don’t really like being on that type of time.We grown ! Let’s be grown .Lets teach and learn .