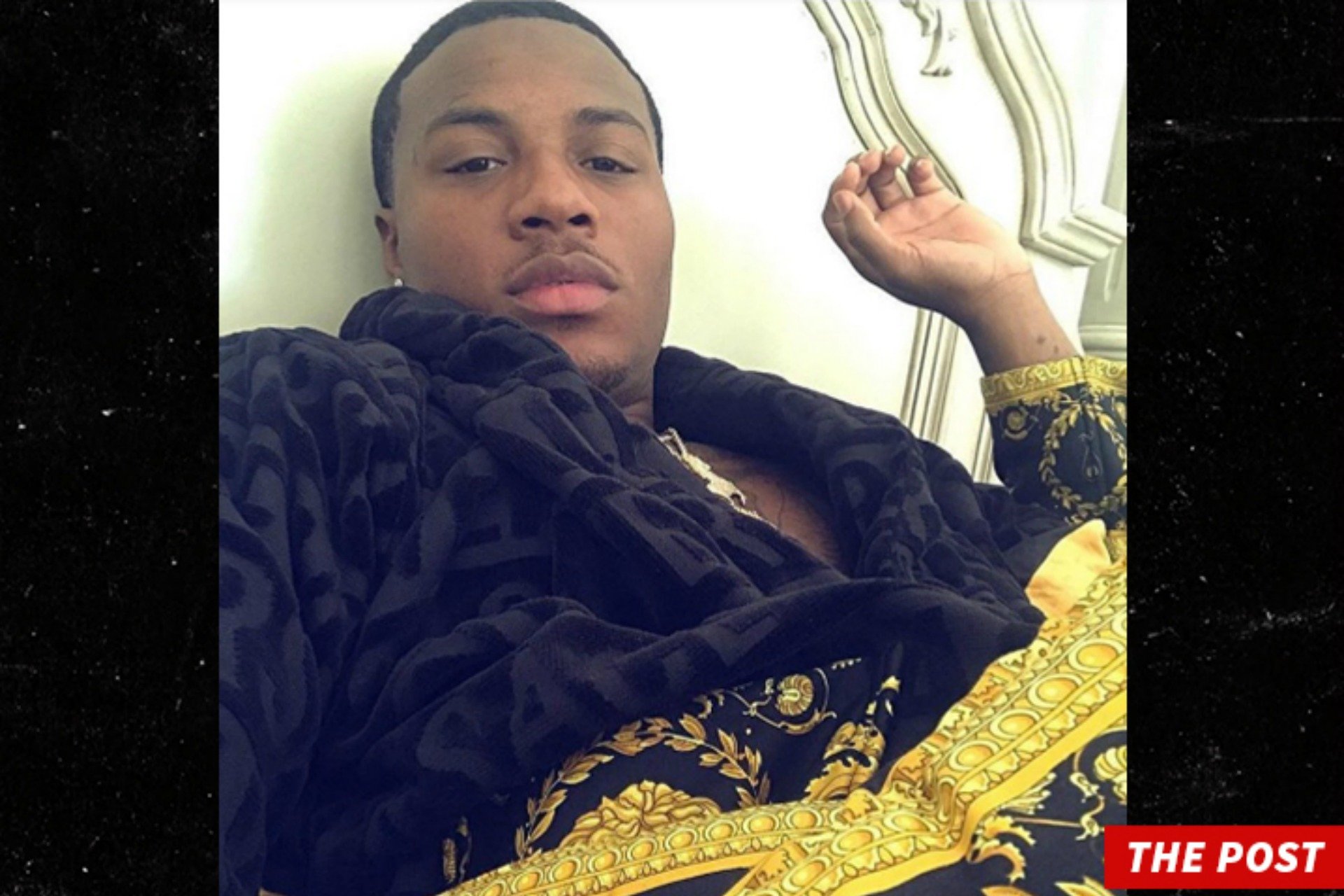 The Kids Say Blac Chyna’s New Bae Has Scammed Some of The Boys in Atlanta! (Photos)

Birds of a feather scam together. After Rob Kardashian’s IG meltdown yesterday everything has been a mess. And it’s getting messier. Blac Chyna responded to Rob by posting more pics and videos of them laying in the bed that Rob bought for Blac Chyna *cues ‘Somebody Sleeping in my Bed’ by Dru Hill*

Now prepare yourself for some tea because it’s hot. Someone sent me a message and said that the DeJanel Carter (which is Blac Chyna’s new bae real name) went to college with them and that he is known for scamming boys who like him for coins. 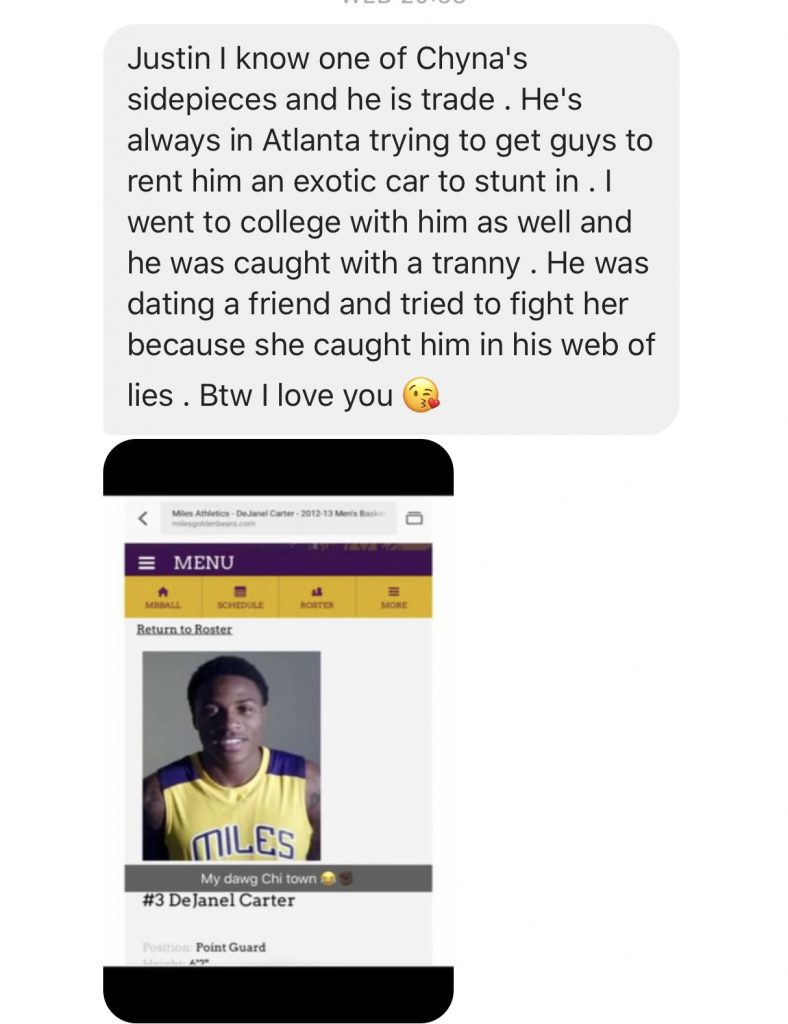 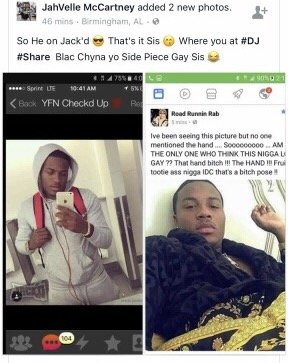 Now before we go there let’s talk about the word ‘tranny’ it’s demeaning and offensive to the trans community. Also, there is nothing wrong with a man being bisexual. It ain’t nothing wrong getting paid for your services either but that’s another story. “I don’t make the news I just report it.“-FunkyDineva

Now there is no way to verify this without receipts. And as far as him possibly being on Jackd (an app used to connect with other gay men) anyone can take his pictures and post them as if they were him.

Another known scammer also said he knows about DeJanel Carter and how he uses gay men in Atlanta to pay for his escapades. 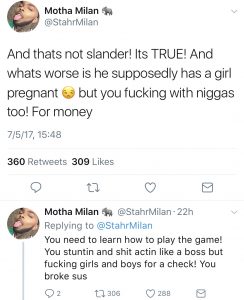 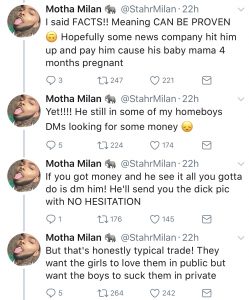 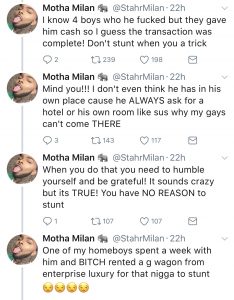 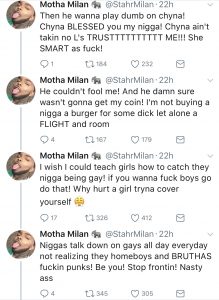 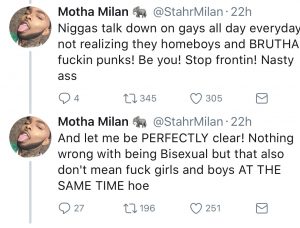 From one scammer to another scammer. So much bisexual slander I don’t know where to start. Bisexual means being attracted to both sexes. You don’t turn it on and off. But who is listening to someone who sold vaseline and tears and called it bleaching cream?

This video below sounds interesting.

Anyway, I think it’s all a scheme honestly. Blac Chyna hasn’t posted this guy on her IG it’s all him posting her. Considering that Blac Chyna tweeted that she doesn’t like f*gs I can totally understand why.

What do you think of Blac Chyna’s boo? Is he a scammer or just another Atlanta guy using gays for coins?

It’s Real in Potomac: #RHOP Charisse Jordan and Karen Huger Accuse Each Other of Having Side Piece