Eva Marcille will Not Be Returning to ‘Real Housewives of Atlanta’

LeToya Luckett’s husband hasn’t admitted to cheating on his wife, but… it doesn’t look good. Let’s get into it.

This past weekend, LeToya Luckett had a wonderful baby shower. No, Beyoncé didn’t show up to this one, but something big did happen. A woman, supposedly an Instagram model, posted a series of videos to Twitter which she claimed were of herself and Tommicus Walker, LeToya’s husband. Yes, they were of an adult nature. No, we were not able to find the videos and we wouldn’t be able to post them if we could. The point is, LeToya, who is pregnant with her second child, is now having to deal with all of this.

At first, knowing her condition, we held off on reporting on the news. After all, there wasn’t much to go on. But, today, Tommicus has spoken out:

Now, my grandmother once told me, “Men don’t start praying until it’s too late for God them.” I’m not saying that her did this, but I am saying that he isn’t being clear about what God needs to “fix” 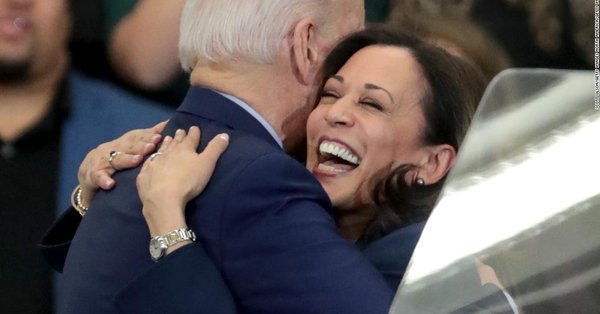 When Kamala Harris was chosen as Biden’s Vice Presidential candidate, there was a muted response overall. There’s no denying, from an objective standpoint, that Kamala was more than equiped to handle the job. She’d do it well. That’s never been the question. Kamala has always been competent and anyone who ever brought that into question was very obviously dealing in White supremacist misogyny. The problem, in fact, is that she has been too competent in some regards.

I’m not going to get into her history too much. Social activists and political pundits have done that enough. Kamala is a middle-aged Black woman who’s lived in California her entire life. She is who she is because of that. I think it would be misogynoir for me to demonize her when I know that I most definitely would have been her if I had been born just a few years sooner. That doesn’t raise her above critique, though. She’s been an active part of the prison industrial complex and is, indeed, a cop. So there’s a lot to unpack. Here’s what Twitter had to say:

So it’s pretty clear that Kamala’s presence requires some nuanced thinking. The world isn’t Black and White in politics. Kamala’s racial and social reality necessitates both a grace we don’t give to Black women and a moral fortitude we might be tempted to let go of for the sake of identity politics and the removal of Trump from office. Speaking of Trump:

We’re a pop culture blog, first and foremost. We aren’t here to tell you how to feel about anything related to politics. However, major elections will directly impact how we deal with pop culture events. The 2016 election opened the flood gates to more conscious consumption. This election should put that consciousness to the test.

We knew it!! Joe Biden has finally picked his running mate for his 2020 Presidential Election bid and it is Kamala Harris. This comes after weeks of scrutiny from Black voting organizers who said that he needs to pick a Black woman. Joe Biden announced it via Twitter.